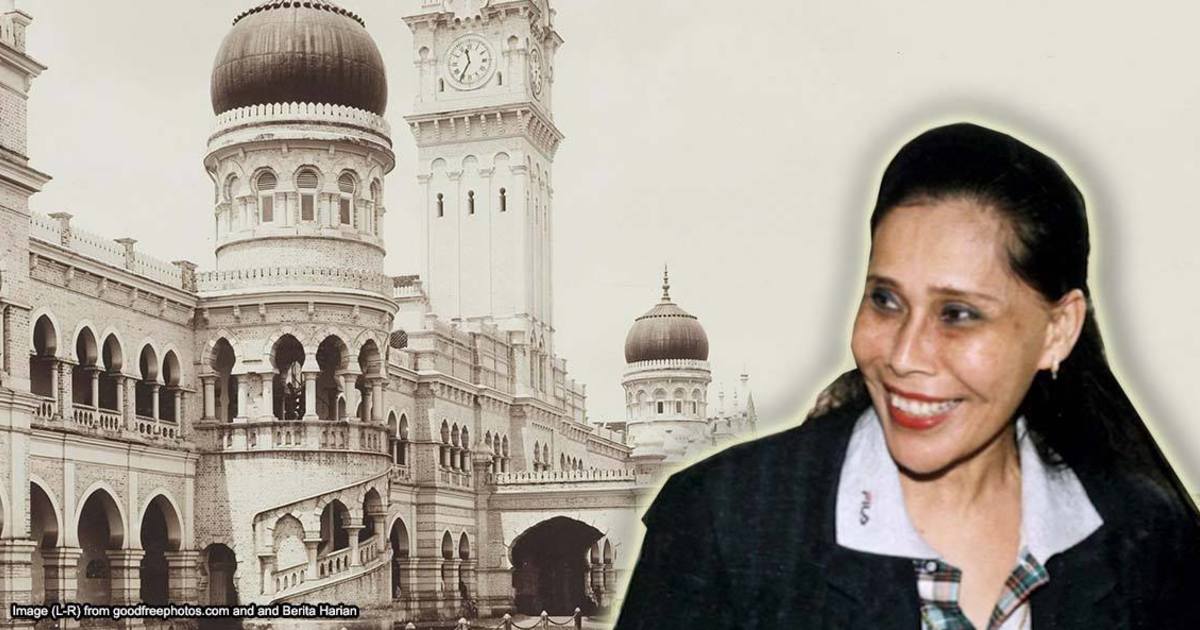 Malaysian courts got rid of the jury system in 1995 because of a...bomoh??

We’ve all seen incredible courtroom scenes from movies. To Kill a Mockingbird, The Wire, Arrested Development, Philadelphia, Primal Fear. You may remember a panel of 6-12 people in the courtroom called the jury, who look like (and are) normal people. They were the ones the defendant lawyer tried to convince that their client was not guilty and, after 30 seconds of suspenseful music, they read out their verdict: whether the defendant was guilty or not.

You might think that this is also how the courts work in Malaysia (minus the suspenseful music), but it may come as a surprise that Malaysia doesn’t have a jury system – instead, the verdict is decided by a judge. It may also be even more surprising to know that we HAD a jury system, but this was abolished in the mid-90’s in favour of the current system.

First, we should note that a jury isn’t used for dramatic suspense. The idea is to have civilians participate in the criminal justice system so that the accused people have their peers judging them, which indicates that the system is democratic to a certain degree.  A jury system can also function as a method to inject elements of culture and social norms into the criminal justice system. It’s sort of like having your friends keeping you in check.

So why did we abolish the jury system in Malaysia? Well, it may have had something to do with a really famous court trial involving a bomoh and a politician...

The much covered and notorious Mona Fandey murder case

There has been a lot of talk of how our jury system got abolished, and the following murder case was one of the last cases to get a jury trial. This case may have been one of the biggest factors of the abolishing of the jury system.

Let’s talk about a lady called Maznah Ismail. Maznah aspired to be a singing sensation, and adopted the stage name “Mona Fandey”. It was a short and less-than-successful career, but she managed to release a self-sponsored album called Diana. She was apparently also a water ballet dancer in her youth. Many people probably think that water ballet is just regular ballet but performed underwater with scuba diving gear.

Mona Fandey turned to a different industry after leaving the performing arts scene: being a witch doctor. You know she’s legit if she’s got a doctor in the title of her occupation. For those who are not familiar, the term witch doctor (or shaman, bomoh, et cetera) generally refers to traditional medicine practitioners, and are known to dabble in the occult. Her clientele included politicians (allegedly) and people from the elite crust of the society. Mona Fandey has also claimed to have supplied charms and talismans to politicians from a certain major political party, back in the day.

Mazlan Idris, an ambitious poltiician, at the time a state assemblyman for Batu Talam in Pahang, sought to boost his political popularity through supernatural means. Mazlan goes to Mona Fandey, and together with her husband, Mohd Affandi Abdul Rahman, and his helper, Juraimi Hussin, Mona managed to persuade Mazlan into taking part in a ritual that involves “money falling from the sky”.

On the day of the ritual, money did NOT in fact fall from the sky. Mazlan did get axed though, and we don’t mean from his political party. Mona Fandey ordered Mazlan to lie down on the floor, and close his eyes, and wait for the money shot. He was decapitated, dismembered and partially skinned. They found him in 18 pieces, buried near Mona Fandey’s home. The day after the murder, Mona Fandey went on a shopping spree, among her purchases were a Mercedez Benz and a facelift.

The police found Mazlan’s body on July 2, 1993 and subsequently Mona, her husband and Juraimi were arrested. They were tried in Temerloh High Court by a 7-person jury. The High Court found all three of them guilty and sentenced them to death by hanging. They appealed to the Federal Court, but the appeal was dismissed and their death sentence was affirmed. Their final ray of hope was to receive a pardon from the Pardons Board of Pahang, but the board refused to grant the pardon. The trio were finally hanged at Kajang Prison in 2001.

The trial was an extremely publicized affair. Unsurprisingly, the case was covered widely locally and internationally. Mona Fandey was more famous as a witch doctor than she ever was as a pop singer. The sensational nature of the whole thing is said to be a leading cause for the abolishing of the jury system in Malaysia (the High Court trial was in 1993 and the jury system was abolished in 1995).

Sensational cases are dangerous because the media that reports these cases can and do influence the thought process of jurors. This has lead to biased verdicts in the past, such as the Aileen Wuornos case where the media at the time painted her in an extremely negative light, and the prosecutors jumped at the opportunity to stack the case in their favour. This media exposure can happen before the jurors are even selected.

What was the jury system like in Malaysia before it was abolished?

Lord Denning, a famous English Judge, had this to say about juries:

Twelve persons selected at random are likely to be a cross-section of the people as a whole, and thus represent the views of the common man.

Ideally, if you have a panel of people on the jury that are selected at random, the verdict they deliver is representative of the everyday man. In addition to that, a sufficiently large amount of people in the jury works toward cancelling out bias while also keeping the system democratic.

In Malaysia, the jury was only called in for very specific circumstances – for crimes that were punishable by the mandatory death sentence (such as drug trafficking or murder). This is in contrast to the jury system in the United States, where any person accused of a crime punishable by incarceration (imprisonment) for more than 6 months has a constitutional right to a trial by jury.

We used to have a panel of 7 people (usually) to serve as the jury. Anyone over 21 years of age are eligible to serve, unless they have an unsound mind (mentally ill) or other forms of disability (blindness, deafness, et cetera).

Also, unless you had a really good reason, you can’t say no to jury duty if you’ve been selected because it’s part of your civic duty. What if you didn’t feel like DOING YOUR JOB AS A CITIZEN OF MALAYSIA if you were selected to be a juror? No biggie, you’d just be liable of a criminal offence under Section 174 of the Penal Code:

“Whoever, being legally bound to attend in person or by an agent at a certain place and time in obedience to a summons, notice, order, or proclamation, proceeding from any public servant legally competent, as such public servant, to issue the same, intentionally omits to attend at that place or time, or departs from the place where he is bound to attend before the time at which it is lawful for him to depart, shall be punished...”

Yeah, if you didn’t answer what was practically a court summons, you could be fined up to RM 2000, or be imprisoned up to 6 months, or both. Neat.

Back to the courtroom. At the risk of oversimplification, the jury’s job is to consider the evidence placed before them and the facts of the case, and with the direction from the judge(s), decide whether the accused is guilty or not. To reach a verdict, the panel ‘retires’ to a chamber where they deliberate in secrecy (insert Chamber of Secrets joke here).

Doesn’t it sound like a better idea to have normal people like you and I decide the fate of criminals instead of having possibly out-of-touch judges doing it? Why then was the system abolished?

The jury system also has its flaws

One major problem with jury trials is that members of the jury can be exposed to media coverage, especially if it’s a high profile case. In this sense, the idea of a fair trial becomes compromised as jury members may not enter the courtroom with an unbiased view of the case.

John Maude QC (an English judge) wrote in the Daily Telegraph regarding his criticisms of the jury system that:

You can read the full quote reproduced on this site.

The Malaysian government at the time (circa 1994-1995) cited reasons such as, among other reasons, jurors being not legally trained and easily swayed by emotions and public opinions. There are records of the Parliamentary debate on this issue back in 1994, and the Minister of Justice back then quoted several factors that led to the decision to abolish the jury system: The jurors were easily convinced by the arguments of the defense counsel, jurors were reluctant to attend and do jury duty, and many jurors did not feel like being responsible for a person’s death sentence.

This case of Stephen Young shows how bad the jury system can get. A man called Stephen Young was convicted of murdering a pair of newly-weds in Wadhurst, East Sussex, England. He was sentenced to life imprisonment via a trial by jury… who consulted a ouija board to reach their verdict. After this was made clear to the court, a retrial was ordered. .

Malaysia isn’t the only country without a jury system

It can perhaps be said that neither system is perfect, but it really depends on which works best for the country or legal system in question.

Some of our neighbours in Asia still have the jury system in place. Hong Kong, being a former British colony, has a common law system, has followed the practice of having jury trials. Japan implemented the system in May 2009. However, the jury system was abolished in India and Singapore (and Malaysia, of course).

There was talk of reviving the jury system in Malaysia in 2012, but nothing really came of it. It seems like as of now, the verdict is still out there.