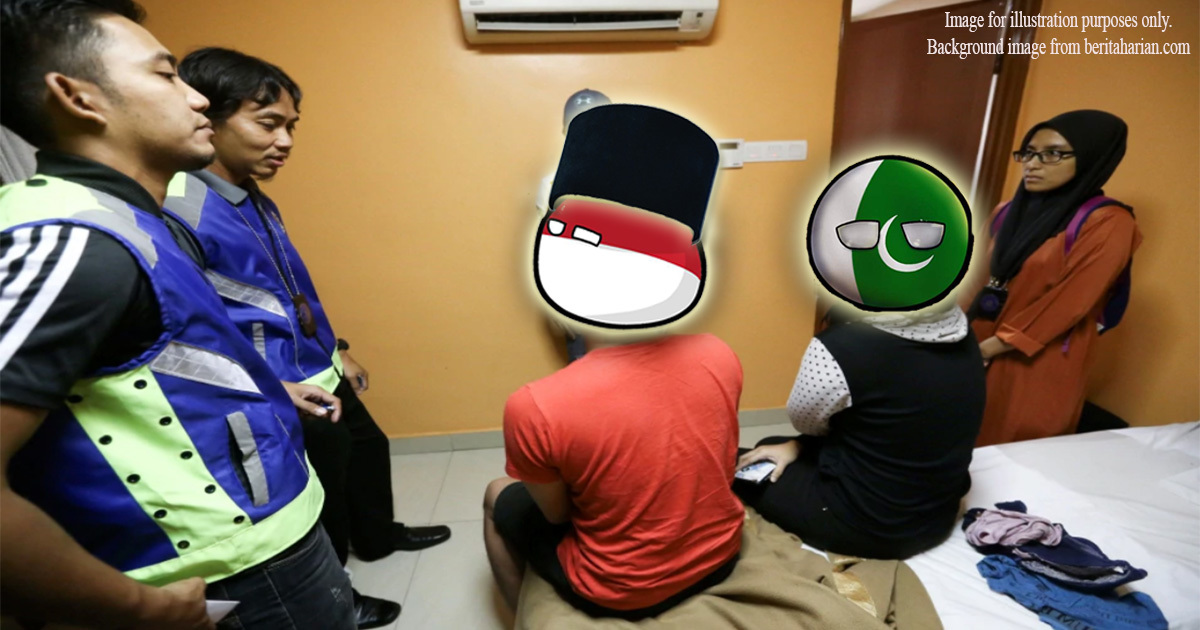 Are Muslim tourists bound to khalwat rules in Malaysia?

For most tourists who come into Malaysia, sharing an accommodation is quite a common thing to do as it doesn’t make sense to rent two rooms when you can share one. However, Muslim tourists may run into a problem with sharing rooms because of Malaysia’s Khalwat laws, that prohibit Muslims of opposite genders from being in close proximity to one another in private or secluded areas.

Yes, khalwat laws can apply to foreigners as well.

There are cases of foreigners being caught for Khalwat in Malaysia, but most of the time, they are Muslims who have been in the country for a longer period – mostly on a work permit. Before we go further, let’s establish several things first.

Syariah laws governs the offence of khalwat and this differs in each state. We’ll be using the Selangor Syariah laws as a point of reference as a basis here, but the laws for most states don’t differ so much as well. But if you want to be sure, we’ve linked 3 other states here –  Johor, Pulau Pinang, and Perak for your reference.

Khalwat carries the meaning ‘close proximity’ as we mentioned above. The offence carries a maximum prison term of two years. Also, the Federal Law and Islamic Laws are two different things. So take note, that Khalwat is a “state crime” and is not governed by any statute in the Malaysian criminal law.

We’ll be referring to the definitions for khalwat in the Syariah Criminal Offences (Selangor) Enactment 2003, where the procedure to raid a place and sentence someone for syariah offences is laid out under Section 11:

“(1) Any -
(a) man who is found together with one or more women, not being his wife or wives or mahram; or
(b) woman who is found with one or more men, not being her husband or mahram,
in any secluded place or in a house or room under circumstances which may give rise to suspicion that they are engaged in an immoral act shall be guilty of an offence…

As a summary of Section 11, it’s considered Khalwat if the following factors are present:

So if you’re a tourist planning to travel in Malaysia, don’t start booking multiple rooms yet because...

In most cases, tourists who visit Malaysia for a short period of time, are rarely affected by this. For the most part, travelers don’t need to worry because hotels are bound by the Personal Data Protection Act 2010, which protects the privacy of guests from any authorities.

Religious authorities are prohibited from obtaining the name list of guests in a hotel. This is stated under Section 8 of the Act which states:

“Disclosure Principle Subject to section 39, no personal data shall, without the consent of the data subject, be disclosed”

Therefore, hotels cannot simply give out personal information such as the details of the guests who have lodged in. The extent of Section 8 is explained in Section 39 of the Act whereby, personal data and information can only be disclosed at the consent of the individual involved. Disclosure can only be made under certain circumstances such as, when there is a court order, or if its purpose is to prevent/detect a crime.

So, although you can rest assured that your hotel may not report you, what if you get into trouble and the best way to get out of it is to deny you’re Muslim.

What if you deny being Muslim even if you are one?

If you think you can get away from trouble by saying you’re a non-Muslim...you should know that this is an offence and that there is a law for it. You can be guilty of the offence under Section 5 of the Syariah Criminal Offences (Selangor) Enactment 1995 which states that:


“Any person who declares himself to be a non-Muslim so as to avoid any action from being taken against him under this Enactment or any other Enactment in force in this State shall be guilty of an offence and shall be liable on conviction to a fine not exceeding five thousand ringgit or to imprisonment for a term not exceeding three years or to both.”

The offence carries a hefty fine of less than RM 5,000 or jail term not exceeding 3 years or both. However, there are steps which can help you if you are ever caught for a state crime as such in Malaysia.

If you get into trouble, find a Syariah lawyer.

People have been mistakenly charged for crimes they did not commit, and have had legal action taken against them. This is common and can happen in any country. But in this case, it’s best to get a Syariah lawyer as Khalwat cases can only be brought up in Syariah courts, and not civil courts. This is because these matters are dealt with differently by each state. If you feel that your rights have been infringed or if you have any questions with regards to state laws in Malaysia, we have included the link here for you to find a Syariah lawyer.

If you’re wondering if you can be caught for Khalwat if you’re a non-Muslim traveling with a Muslim friend...

[READ MORE: Can a non-Muslim get in trouble for khalwat in Malaysia? ]