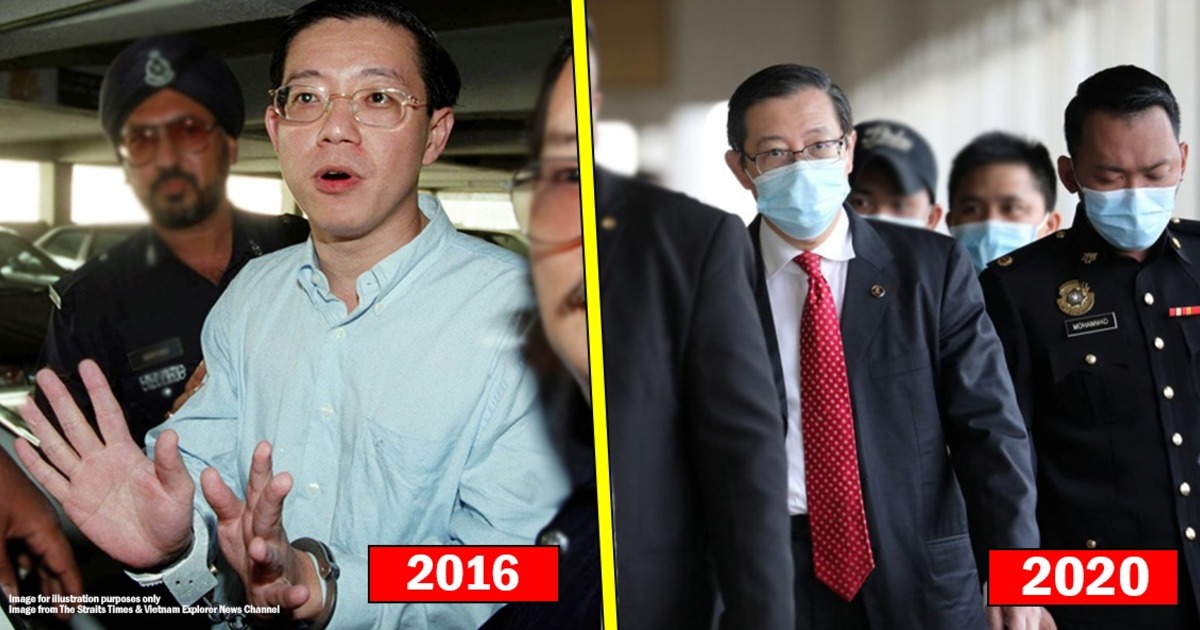 Can Malaysian courts charge a person TWICE for the same crime?

Malaysians are no strangers to hearing news about politicians being arrested or charged with crimes. In the past 2 weeks alone, we’ve seen the former Prime Minister Najib Razak and former Finance Minister Lim Guan Eng, brought to court for several offences.

Since Lim Guan Eng’s arrest and sentencing is more recent—and a lot of controversies have come up, we’ll be looking at one particular aspect of his case for this article.

Under Malaysian laws, you can’t be charged for the same crime...TWICE. This is called a double jeopardy. Guan Eng was charged previously for corruption involving the Penang undersea tunnel project, and the Jalan Pinhorn bungalow.

So why exactly is he being charged now?

Guan Eng has several charges against him

In order to understand whether or not he can be charged for the same crime twice, we need to look at what he’s been currently charged with. Among the things Guan Eng has been charged with include gratification (obtaining an interest) using his position as the former Chief Minister of Penang. Some of the corruption charges he faced involved:

He was charged under Section 23(1) of the Malaysian Anti-Corruption Commission (MACC) Act 2009. If found guilty, he would face a jail sentence up to 20 years and a fine not less than five times the value of the gratification, or RM10,000. But, he pleaded not guilty to these charges.

It didn’t just stop there, as a Minister from the Prime Minister’s department had recently stated in Parliament that MACC will look into another case involving Guan Eng’s bungalow purchase, if new evidences arise.

Now as we mentioned earlier, a person cannot be charged for the same crime twice as the law doesn’t give room for that. Once the court has decided on your case, Article 7(2) of the Federal Constitution  takes effect, which states:

This is pretty much a basic right given to all citizens, and it doesn’t matter if you’re guilty or innocent. So long as the court has decided on your case, you can’t be charged for the same crime again. However, there are certain factors that can reopen a case although a decision has been made.

The case can be investigated if the facts differ

If you read what we quoted above under Article 7(2), you’d see the exception as to when a case can be heard again. The exception here is, if a higher court thinks that the decision made was wrong and quashes it, the previous decision is cancelled. This would then lead to a retrial, and the person can be charged or acquitted for the same crime again.

But that isn’t the only circumstance where a person can be charged again. For instance, if the facts of the case the second time around are different from the first charge—the second charge will be valid. In Jamali bin Adnan v PP the person charged (Jamali) was sentenced for an armed robbery with 2 revolvers under the Internal Security Act 1960. He was later charged again under the same Act for having bullets as well.

The court here found that the essential ingredients (the points) of both the offences were not the same. This made the second charge against Jamali, which was being in possession of the bullets, valid. He was charged again, despite it being from one event.

So for the charges involving Guan Eng, his lawyer Ramkarpal argued that his client cannot be charged again for the same crime, or this would go against Article 7(2) of the Federal Constitution. However, if Guan Eng is charged under a different point in the MACC Act but the offence still falls under the same Act, then Article 7(2) won’t apply here—and he can be charged for the crime again.

At the time of writing, he has been charged for the Penang undersea tunnel project and the foreign worker’s dorm project. The lawyer representing his wife’s business partner claims that the charges made under the foreign worker’s dorm project formed a double jeopardy. The prosecution team however claims that the facts of the case are different this time around.

So for now, we can’t say much about the case as it’s still ongoing. Perhaps it’s best to just wait and see what both parties will do in the upcoming trial.