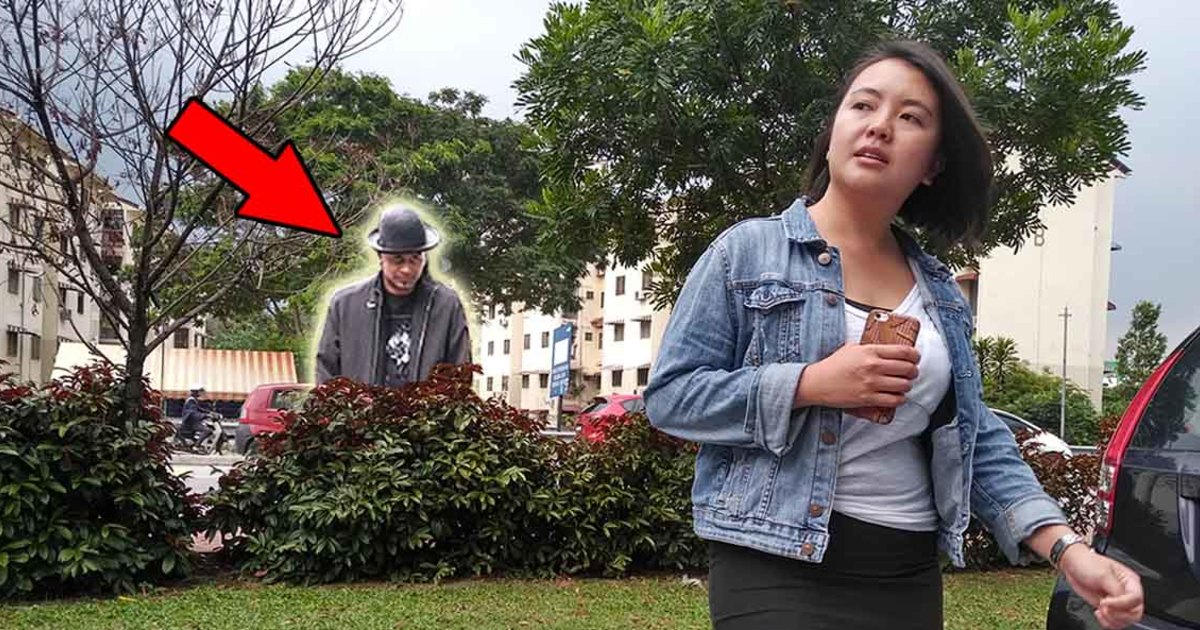 We interviewed a Private Investigator operating in Malaysia. This is what we discovered

If we say the words “Private Investigator”, the first image that would probably come to mind is a shadowed man in a long trenchcoat standing next to a window with a cigarette in his mouth and soft jazz music in the background. Or at least that’s the impression that we get from TV shows.

But this leads us to the question – what are REAL Private Investigators (PI) in Malaysia really like?

To answer this question, we spoke to a real PI operating in Malaysia that we got in touch with through unnamed contacts. For the interview, we met (at his request) in an abandoned office warehouse somewhere in Shah Alam, where I was frisked for any cameras or recording devices. He didn’t want his real name revealed, so we settled on the pseudonym “Poirot” after Agatha Cristie’s famous fictional detective.

This is Kay Nair, a veteran Private Investigator from Kay’s Spy Solutions; and we met at a cafe in Petaling Jaya after getting in touch through Facebook. He was totally okay with us taking (and publishing) his photo. 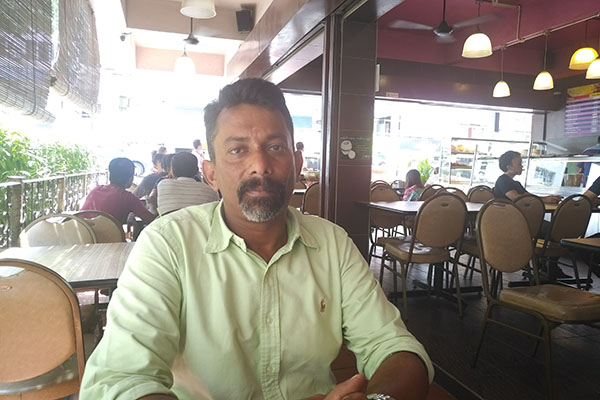 So Myth #1 is debunked – PI’s aren’t shadowy operatives hiding in bushes (most of the time), but they actually do some really cool stuff which Kay tells us about later in the article, from Bourne Identity-style spy work to working as an undercover agent. But first, let’s get into the legal aspects.

Are Private Investigators legal in Malaysia? 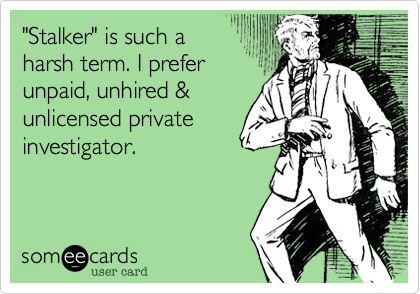 The quick answer to this is yes – Private Investigators are issued licenses under the Private Agencies Act 1971 and are under the purview of the Ministry of Home Affairs.

Section 2 of the Private Agencies Act 1971 – Interpretation (in part):

Looking at the above, PI’s fall under subsection (b), though Kay (who is licensed) also tells us that these licenses are also pretty hard to come by due to the high requirements involved, and there are some PI’s who operate without licenses.

So just to put it out there, a license does not indicate how good a Private Investigator is. The license plays a role when there’s an intention to take the case to court because, if you need the PI to stand as a witness or if the court needs the PI to verify a piece of evidence (such as a photo where the target’s face isn’t fully seen), only a licensed PI is allowed to take the witness stand.

Using a scenario where a wife suspects her husband of cheating as an example, the wife first needs to decide if she wants to divorce her husband if the PI finds evidence of an affair (since there’s a chance he could be clean). If it’s just for peace of mind or giving him a piece of her mind when he comes home – the license won’t matter. But if she wants to start a divorce with the evidence – then finding a licensed PI would ensure a greater chance that the evidence will be accepted in court.

Now that we’ve covered the legality of the profession, let’s take a closer look into what a PI can and cannot do, starting with what most of you are probably wondering when you clicked to read this article. 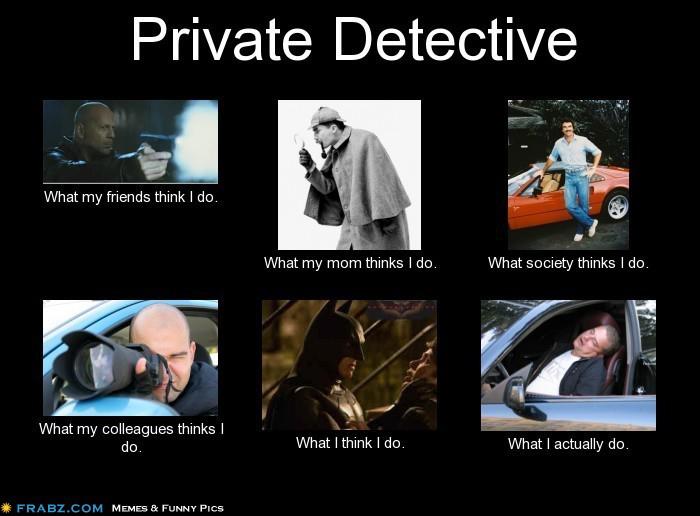 4. (1) Where in the opinion of the Minister a licensed private agency carries on its business or engages in activities or its business is being used for any purpose prejudicial to peace, welfare and good order in the Federation, or contravenes this Act or any other written law, the Minister may, subject to subsection (4), revoke or cancel or suspend the licence issued to such licensed private agency.

When it comes to surveillance – following and taking pictures – there are no laws that prevent either if it happens in a public space, with the assumption that neither are done in a harassing or threatening manner. This also means that a PI will draw the line on private property, as entering your house or disguising himself as a rosebush in your garden is an offense under the Penal Code for Trespass. There are actually a few different forms of Trespass in law, so you may want to read more about that in this link.

For the most part though, the job involves a lot waiting around. Kay says that for surveillance jobs, he’ll be watching a target from the time the target wakes up to the time the target goes to bed, logging down who they meet, where they go, and maybe taking some pictures along the way. Usually, he’ll also inform the police in advance that he’ll be doing surveillance work, without giving them the specific details to safeguard the privacy of his client and prevent tip-offs.

“I once waited near a road junction from 6:30am till midnight, and didn’t move from that spot because the guy (the target) didn’t go out. A passerby noticed I had been there for some time and reported me, so the police showed up. I explained what I was doing and showed them my license. The police accepted and advised me to stay further away.”

It’s so important to note that Private Investigators are not the police or enforcement authority, so they can’t recover debt or money lost through fraud, stop crimes, or arrest someone – the most they can do is to locate the person of interest and let the authorities do the rest. This is further reinforced in Section 6 of the Private Agencies Act, which forbids a PI from involving themselves in any seizable offences (ie, robbery, kidnapping, murder); instead requiring them to report the offence to the police. Kay says that if a seizable offense were to take place, he would call the police, record the incident, and serve as a court witness if needed.

They CANNOT plant a GPS tracker or wiretap your phone

While certain documents are openly available over the counter through proper channels like JPJ, SSM, and such; others are protected by law. For example, a PI will not be able to walk into a telco and ask them to triangulate your location or get your phone records due to internal company regulations and published laws such as the Personal Data Protection Act. There are a multitude of laws which we won’t cover in detail here, but it basically means they also can’t do stuff like placing a GPS tracker in your car, wiretap your phone, or hack into your smartphone, computer, or email.

Kay tells us that part of being a PI is knowing where and how to get information to crack a case, without breaking the law. While a Private Investigator can’t plant a tracker on a philandering husband’s car, in some circumstances they may ask the spouse (the client) to do it instead. This is a grey-ish area of law, because the boundaries of permission and privacy are a little more blurred when it comes to married couples. As an example, if you gave your spouse the password to your phone, it’s arguable that you’ve implicitly given them permission to use the phone. In contrast, if they looked over your shoulder and saw you keying in your password, this does not imply that any permission was given.

“Yes, sometimes I even dig through their garbage. Even an empty envelope can solve a case” – Kay Nair

To illustrate how the smallest detail can crack a case, Kay tells us of a case where a man had gone into hiding so well that no one was able to locate him. When Kay was hired, he was given the same (and only) lead that stumped everyone else… a single phone bill. Going through it, Kay noticed that there was one number that was missed or perhaps not seen as important by others. He did a search on the number and the result was...

Kay deduced that gas deliveryman would know the address so, after another search, found that the gas cylinder supplier was based in Penang. He travelled there, met up with the supplier to get the address, and showed up at the target’s doorstep. Case solved.

“I believe that in life, everyone leaves behind small hints or clues. It’s just whether or not you see it”

While real life private investigation work isn’t the same as the movies, Kay does take some inspiration from them. After watching a trick to get a target’s hotel room number by observing the numbers punched in by a receptionist in the Bourne Trilogy movies, he tried it... and it worked.

They DON’T go around in disguise

This isn’t really related to anything legal, but we thought we’d ask out of sheer curiosity. Despite what popular culture might lead us to believe, Kay does not have a cupboard of fake mustaches and uniforms.

“If I feel like I’ve been seen, I’ll immediately change my shirt at most. A good PI doesn’t get spotted.”

However, where a uniform disguise may come in handy is when he gets hired by companies for undercover work – mostly to uncover loopholes exploited by employees (in cases of theft) or to stop counterfeit products like cigarettes and liquor. He once spent two years undercover as a worker in Port Klang to uncover a contraband operation, gathering samples and information to be passed on to the company that hired him. He also adds that a license also comes useful here, as corporate clients will usually ask to see a license.

What you need to ask when hiring a PI

If you feel that you require the services of a PI, Kay’s advice is to always “interview” a prospective P.I. before hiring them. When meeting with them, some things you should keep in mind are:

Generally, a PI will also have a set of questions for you as well so that they’ll be able to gauge what needs to be done and how much it’ll cost. In that sense, Kay mentions that he’s had to refuse clients who weren’t willing to give him the necessary details or were asking for something that was against the law.

As to the cost of hiring a PI, Kay says that it varies depending on how much work is required, and how long it takes. As an example, it would cost between RM3,000 – RM9,000 to locate someone, but that can go above RM20,000 if the person is in hiding. While we aren’t sure if this is across the industry, both parties may also sign an agreement where services (what the client wants done) are listed so that everyone is clear on the tasks and the costs involved.

“As many of our cases are matrimonial, we also have an ‘Eye on Spouse’ package for basic surveillance and photo evidence on cheating spouses. It’s RM3,600 but I haven’t revised the price for some time. Haha”