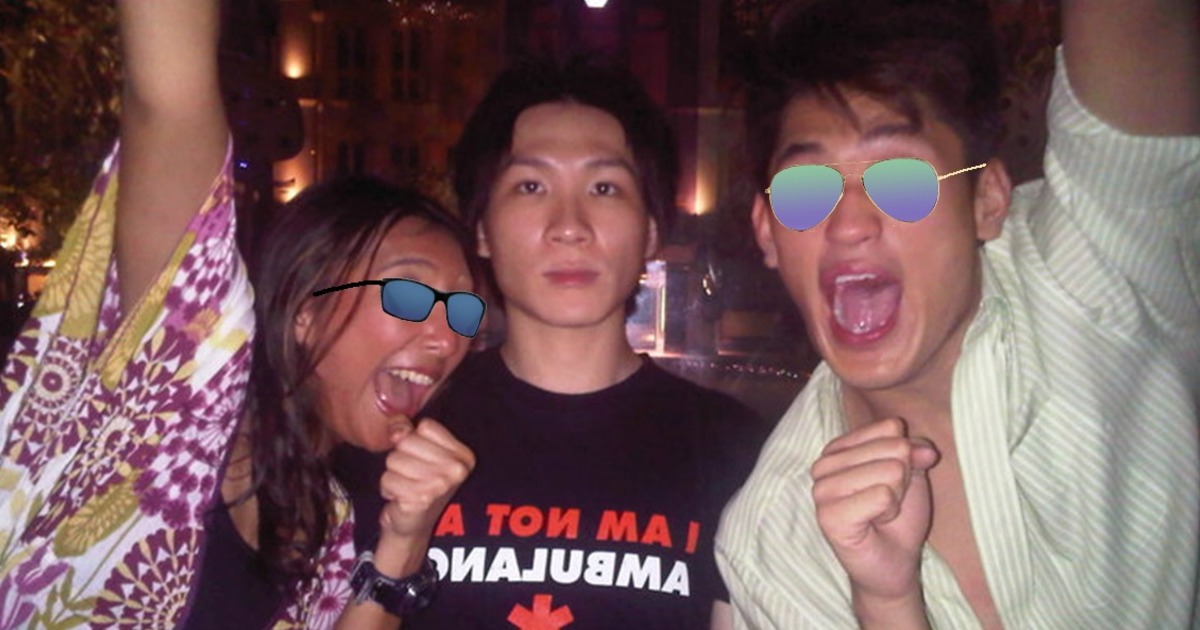 If you get an uninvited guest in Malaysia, can you call the police?

Imagine that your major cultural celebration is coming soon. For weeks you’ve been planning a dinner party for your friends and family. Despite having to chase some forgetful contractors over and over, everything's turning out pretty okay.

The tents are set up at your house to welcome your guests. Soon, the guests arrive, and everyone is having dinner merrily. But midway through the meal, your friends and family are starting to ask each other this question: “Do you know those people at Table 5?”

No one knows them!! They turn out to be uninvited guests who decided to crash your party for some free food. Whether you would decide to let them stay to not ruin the festive mood, or ask them to leave, there’s usually only a problem if they refuse to leave, or even tried to steal your belongings. Is there a law that protects you from party crashers in that situation?

Yes, whether it’s your dinner party, kenduri, or wedding dinner; party crashers are not only going to get thrown out. Turns out, party crashing is recognized as a crime in Malaysia. While you would be hesitant to turn away your friend who RSVP-ed for 2 but brought his grandparents as well, you’ll need to prepare some solutions to deal with the “guests” that nobody knows. (we’ll get to the solutions at the end)

The law says party crashing is the same as BURGLARY

You don’t need to get your eyes checked, you read that header correctly. Party crashers = burglars in the eyes of the law. There are a few Sections in the Penal Code which define an area of law called “trespass”. Basically, a “trespass” happens when someone enters or uses a property without the permission of the owner.

There are two areas of trespass law, one under civil wrongs (like your neighbour’s new roof eating into your airspace) and the other under criminal offences (like the government coming after a burglar). Party crashing is both a civil wrong and a criminal offence.

[READ MORE - Did you know? You actually own some of the sky above your house!]

The laws that make it a crime to crash parties are:

Party crashers are covered under this law because they usually come onto private property to steal food and drink. This Section also covers invited guests who try to steal your belongings, so yes you can call the police on them even though they’re invited!

To clarify, the person “in possession” can mean the owner or a renter - as long as they’re currently in control of the property. This law applies whether you’re using a building, or you rented a garden or beach.

This law won’t apply to outdoor events since a building is specified in the legal definition. But it will probably apply to both your house party and your hotel wedding dinner as well (houses and hotels are both “human dwellings”)

Penalty: 3 years of jail and/or a fine

By their very nature, party crashers don’t want you to find out that they’re there, which makes this law apply to them. You’ll note that the penalties are more serious for “house-trespass” because it involves people’s private homes. But there’s an even bigger whammy waiting for party crashers, which is where we come to…

4. House-trespass in order to commit an offence punishable with imprisonment

Whoever commits house-trespass in order to commit any offence punishable with imprisonment, shall be punished with imprisonment for a term which may extend to two years, and shall also be liable to fine; and if the offence intended to be committed is theft, the term of the imprisonment may be extended to seven years.

Penalty: Up to 7 years of prison and/or a fine

As mentioned previously, eating your food as an uninvited guest can be interpreted as “theft”. The law is very specific on what theft means; the Penal Code’s definition in Section 378 is:

Whoever, intending to take dishonestly any movable property out of the possession of any person without that person’s consent, moves that property in order to such taking, is said to commit theft.

As you can see, party crashers that were liable under Section 441’s Criminal Trespass above will also be caught under this law. 7 years of jail to steal a plate of mee hoon is no joke.

How can I deal with party crashers?

In dealing with guests bringing more people along than they RSVP-ed for, we usually make allowances and overplan for unexpected arrivals - just in case. But when it comes to the people you don’t want around, here’s what you can do:

Practical Solution No.1 - Ask them to leave

Obvious, but worth mentioning because you as the property owner (or renter) have the power to kick people out. If they need a little “convincing”, bring security with you to show them you mean business. Most people want to avoid conflict and will leave, even if they do so begrudgingly.

Practical Solution No. 2 - Have a guest list at the entrance

This works for bigger events where you might not be able to personally welcome all of your guests. Keep tabs on who’s coming and how many guests they’re bringing. Most people will respect that you’re trying to make sure everyone is taken care of and at least inform you if they’re bringing more guests than expected. It also deters uninvited guests because they’d get caught easily.

If these fail, and the crashers aren’t leaving, you might have to resort to the legal solutions below.

Legal Solution No. 1 - Call the Police

If security came and the uninvited guests still won’t leave, you can consider calling the police. It’s going to cause a commotion and you know it, so you’ll have to decide if the problem is worth the trouble to solve.

If you’re hosting a large-scale event like corporate launches, the damage could be large enough that it might be worth suing the party crashers for. You’ll need to show proof of what they cost you, like stolen food, damaged or stolen property, etc. Remember that legal battles take a lot of time and money, so always leave court proceedings as a last resort.