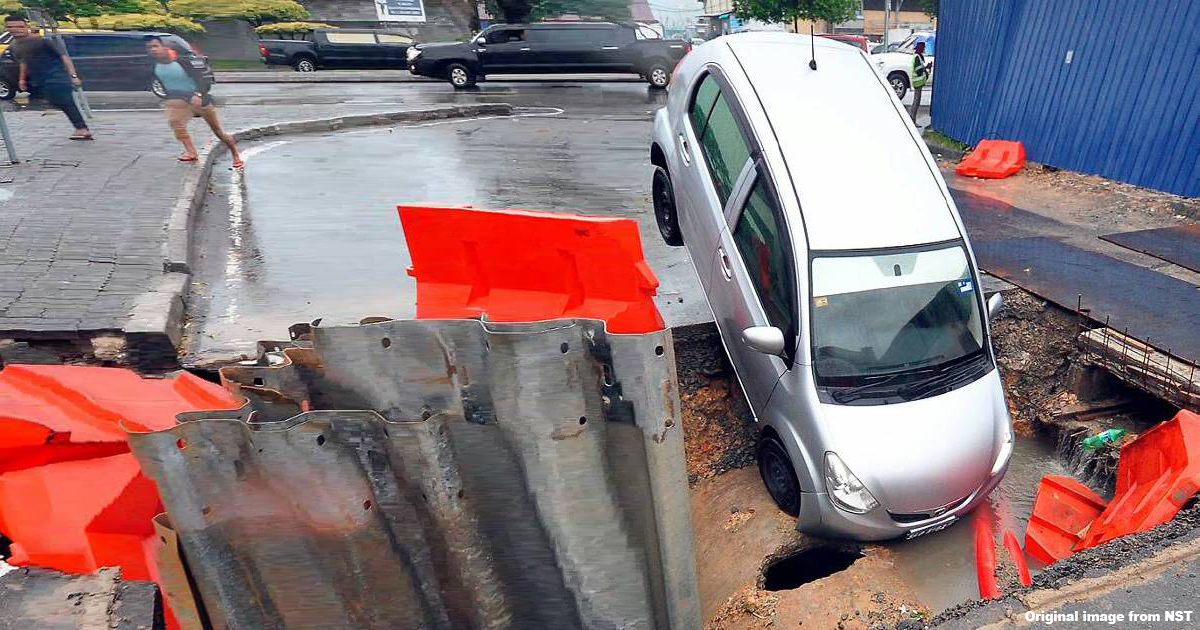 If your vehicle gets damaged by a pothole in Malaysia, can you sue the government?

If you drive, it has almost certainly happened to you before - either lots of potholes were on the oncoming road, and you had to swerve and squirm to avoid them, or you’re casually cruising and then you get a sudden jerk with a loud “BONK” from hitting a pothole in the road at full cruising speed, followed by mental images of the damage to your suspension. 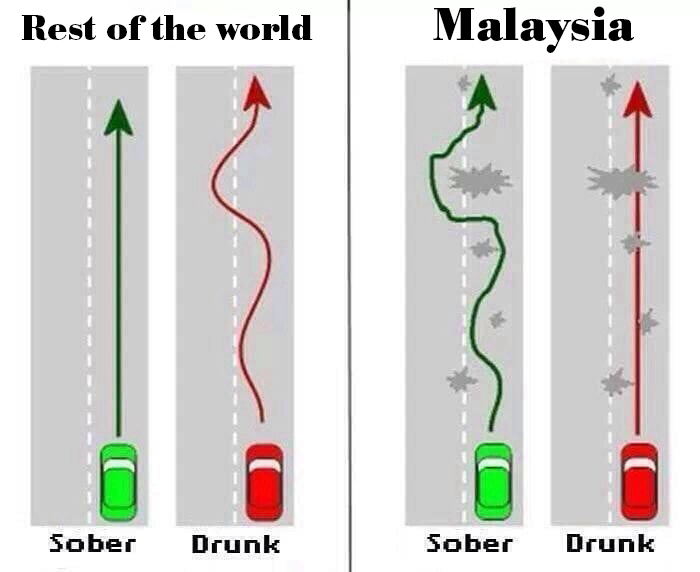 Many Malaysians have gotten so used to the sight of potholes that go unrepaired, we don’t even bat an eye anymore. Most of us haven’t had any serious pothole incidents; sure, the undercarriage and suspensions got bunged up a little, but nothing that’ll total the car has ever happened right..?

Well, motorcycle riders have it worse, potholes can make them lose their balance and even veer out of control. Some riders have not been so fortunate, and have lost lives and limbs due to pothole accidents, such as some members of the group Ikatan Sillaturahim Brotherhood, who fix potholes at night because they found the authorities were slow about it.

Which brings us to the main question of this article - can you sue the government for vehicle damage and personal injuries if a pothole causes an accident?

Potholes are the responsibility of the local government

Our public roads are constructed and maintained by the local government, as per the Street, Drainage and Building Act 1974:

“The local authority shall, so far as the funds at its disposal will admit, cause all public streets together with the footways thereof, whether covered by arcades or not, to be maintained and repaired…” – emphasis added

You’ll want to take note that this is separate from highways which may have their own operating companies, and private roads which are owned by other companies, or even strata titles. You and your lawyer will have to find out where to make your accident claims, but for the purposes of this article, let’s assume that you’re going after the government.

You’ll find this right to sue the government in Section 5 of the Government Proceedings Act 1956:

That bit of legalese basically means that the government is liable for what its officers do in in the same way that an actual person would have to take responsibility for their actions.

But hold your horses, just because you have a right to sue the government, doesn’t mean that you can sue for just anything - you still have to fulfill the criteria for that particular legal action you want to file. For example, negligence is a type of tort case, which requires you to show proof of the losses that you want to claim from the other party (in this case, that’s the government).

But the government has a get-out-of-trouble card

The other bummer you’re about to hear is that the government has a law that works like an exclusion clause built into the Government Proceedings Act - in Section 7.

An exclusion clause is basically a line that excludes certain responsibilities by someone, which is usually used in contracts. In this case, the government is saying that unless they breached a contract, you can’t sue them for anything done within their public duties, whether it was something they did, didn’t do, or refused to do.

But that’s not the whole story, Section 7(3) says that the government still has to take responsibility where they are negligent or have trespassed upon someone’s property:

“Nothing in this section shall prevent the bringing of any suit for damages or compensation arising out of negligence or trespass in the execution of any works of construction or maintenance undertaken by the Government in the exercise of the said public duties.” - emphasis added

In fact, in 2015, someone successfully sued the Penang government for a pothole accident after appealing the decision twice. Here’s what happened.

Back in 2009, one Raymond Cheah Soon Sing was riding his motorcycle to work on Jalan Perusahaan, Bukit Minyak, in Penang. He’d suddenly gone over two gigantic potholes one after another, measuring 1.4m and 1.6m in diameter. The sudden lurches threw him off his bike, injuring him and badly damaging his property. He filed a lawsuit against the government almost 3 years later, only about a month away before the time limit to sue.

[READ MORE - Is there a time limit for you to sue someone in Malaysia?]

To cut a long story short, Raymond Cheah lost his case in the Magistrate Court and High Court, before finally winning it at the Court of Appeal. Here are the key reasons why the judges decided to award him compensation:

In fact, the judge delivering the judgment for the case, Vernon Ong, pointed out that the government knew that the road was a busy one where a lot of heavy vehicles passed. Therefore, they had no excuse for not repairing the potholes.

“Of particular significance is the defendants’ stated position that the public road in question is a busy thoroughfare used by heavy vehicles including lorries, buses and prime movers. Given the defendants’ stand, it is incumbent upon the defendants to conduct regular inspections and effect timeous and prompt repair to the pot holes to reduce the risk of danger to road users.”

Report potholes to your local council, and make sure they repair them!

It’s the responsibility of the local government to take care of the roads and make sure there are no potholes to endanger road users. Your local council may have its own initiative to make sure potholes are repaired. For example, the Selangor government uses Waze to keep track of pothole reports, and gets them fixed within 5 days.

If in case you’ve been especially unlucky, the Ikatan Silaturahim Brotherhood we mentioned above has a legal aid program to help victims of pothole accidents get compensation from the government as well.