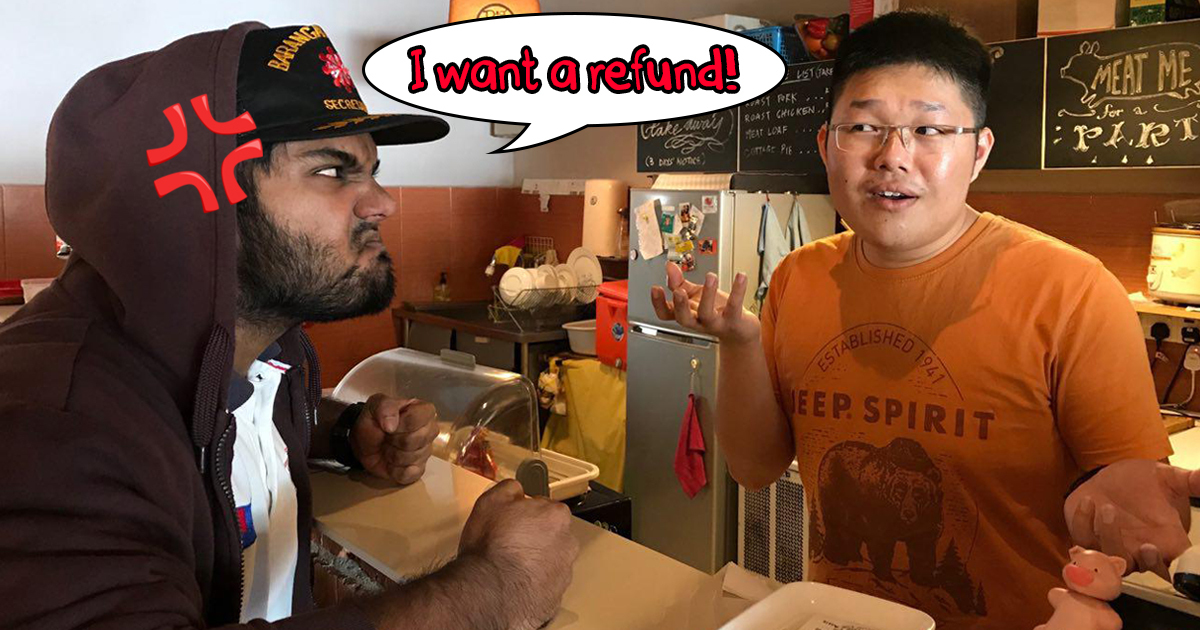 Regret buying something? Here are 5 ways Malaysian law allows you to ‘undo’ it

Have you ever been so enticed by a discount, an enthusiastic salesperson, or a deal so good that it was impossible to pass up? How many times did you regret the purchase afterwards?

That’s what you’d call experiencing a case of “buyer’s remorse” - which, if you’re unfamiliar with the term, refers to the regret of spending your money on something, especially if it was a big sum or if you didn’t really need it. While you’ll have to accept the fact and move on if you were sold the item by legit means, you can actually invalidate the purchase if one of the following situations applies to you.

They involve contract law and cover situations where either the contract is automatically invalid, or you’ll have the option to “avoid” the contract’s obligations because you were not negotiating in a fair position.

1. You were lied to about the product or service

In this case, you find out you’d been deceived by the seller. That power bank you bought contains lots of powder, not power! If you bought an item because you were tricked by the seller, the contract for your purchase is “voidable” by you - you now have the right to invalidate it by getting an exchange or a refund.

The legal term here is “fraud”, which is a word most people will be familiar with, but it carries specific meanings in law under Section 17 of our Contracts Act 1950:

Since we’re talking about real life here and not just legal theories, having the right to void a contract doesn’t mean that you’ll always be able to follow through on it.

A reputable store has much more to lose if their staff lies to you about a product, and they are also more answerable to a police report, unlike fraudsters who can run away without a trace. The lesson here is to be careful about “wandering merchants” who peddle cheap stuff at the roadside but may not be around to entertain our complaints when we come back to return their fake or defective merchandise. The same goes for sellers on second hand goods websites and unestablished online vendors, whom you don’t know if you can trust or track down.

2. The seller gave you some wrong information by mistake

The second scenario still involves getting the wrong message from the seller, but he’s genuinely mistaken. An example would be when the shopkeeper thinks that a laptop comes with a HDMI port, when it actually doesn’t.

This is called “misrepresentation” and its legal definition includes:

Like with situations of fraud above, you also have the right to avoid the contract if you bought something under a misrepresentation. Misrepresentations may also include some “sales tactics” covered by our Consumer Protection Act 1999, which sellers are not allowed to use.

3. Both you and the seller didn’t know that the item was no longer available

Simply put, this refers to those moments of bad luck when an item was actually no longer available to sell, but not even the owner knew about it yet. An example situation is where you agree to buy a horse from your friend, but it turns out that the horse dropped dead when you both signed the contract, although both of you didn’t know of the fact. Under Section 21 of the Contracts Act, in these cases, the law considers the purchase “void” - which means it’s unenforceable by law.

The law calls this a “mistake”, but don’t be fooled by the word -  it actually only refers to mistakes of fact, not opinion. If that confused you, basically the “mistake” you made must have one correct answer only (it’s an objective matter). If there are two possible correct answers, or if it depends on your perspective (it’s subjective), then it doesn’t qualify as a “mistake”

4. It became impossible or illegal for the seller to uphold his deal with you

What happens if you bought tickets to a concert but the venue burns down before the actual day? Your contract to buy those tickets gets “frustrated” (just like you).

Contracts become frustrated when the obligations under it become either impossible or illegal to fulfill later on through some unexpected circumstance that couldn’t be avoided. For example, if that same concert venue was burned down by one of the performers to avoid the show, then the contract does not become frustrated.

[READ MORE - If a freak accident makes you break a contract, can you get sued under M'sian law?]

A frustrated contract follows the rule in Section 57(2) of our Contracts Act and becomes “void”, just like with a “mistake”:

5. The seller is your superior, and they took advantage of you

So imagine your boss calls you in to talk about that promotion you’ve asked for. Midway through, he mentions that his wife has started selling healthcare products and “it would be nice of you to show your support” by paying for a facial package that you don’t want or need.

No one likes being pressured or tricked into buying something. Even more so when that person is someone you’re supposed to be able to trust. Malaysian law also provides another scenario where you can get out of a contract - undue influence. This makes the contract “voidable”, as mentioned before: cancellable at your choice.

Undue influence is a situation where the seller is in a position to dominate your will, and they used that position to obtain an unfair advantage over you. Think of your elders, advisors, and bosses here who could threaten you or be...very persuasive.

A contract can be set aside particularly for cases where the seller:

In essence, this part of law exists to give an escape route to people who might get taken advantage of by others who have authority over them.

In short: Don’t buy stuff in the heat of the moment

Bargains are really attractive, especially when it’s exactly what you’ve been looking for. However, some of us are also so enticed by the idea of a good deal that in the moment, we don’t think things through and end up making a purchase we regret later on. As much as we have the legal right to reverse some of these transactions in the manners listed above, it still can be a lot of trouble to get it settled. Best to prevent what you can, and only solve what you can’t.

You might be wondering though, with all the “no exchange” and “no refund” policies going around, can you even void the contract and go get an exchange or refund? (Is this article even useful at all?) What’ll probably surprise you is that a lot of these policies are outright illegal…