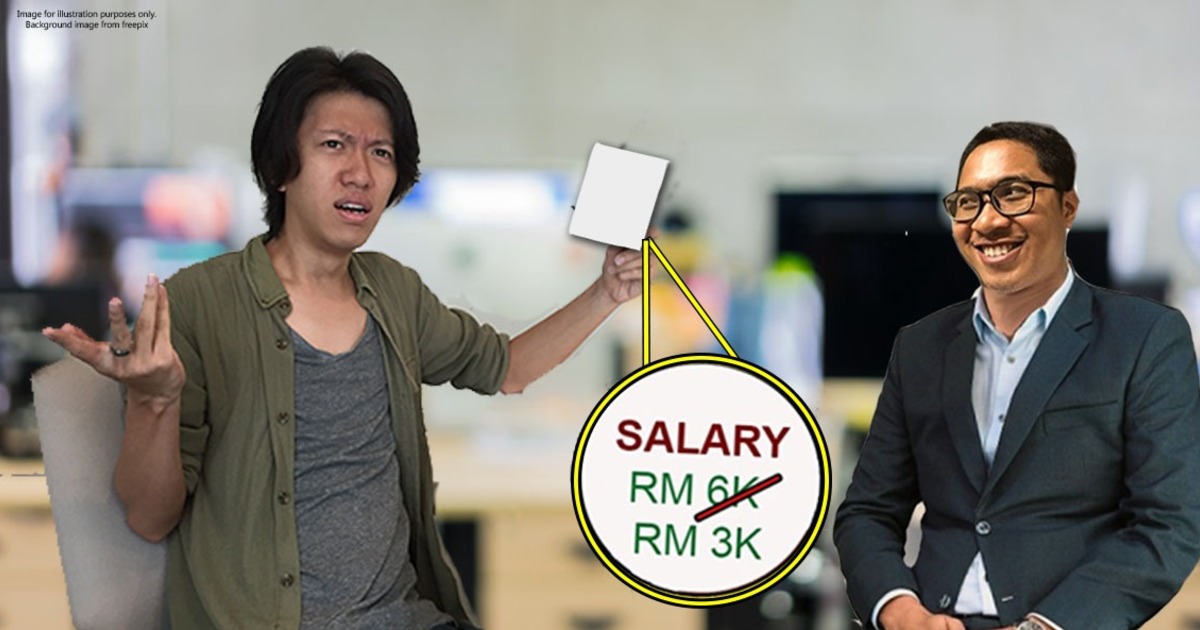 In Malaysia, can your boss deduct your salary AFTER he overpaid you?

about 1 year ago Matdura S.

NOTE: This article applies to employees governed under the Employment Act (EA) with a monthly salary not exceeding RM2,000. “Non-EA Employees” will be governed by the terms of their contract of employment.

So payday is finally here! You eagerly check your bank account and to your surprise, you see that your boss has paid you MORE than your average salary. You don’t know if you should alert your boss about this, and when you had to decide between ethics and money—you chose the latter for survival.

One whole month passed and nobody asked you anything or told you about the extra money banked into your account. You (AGAIN) eagerly check your bank account on your next payday and realise—your salary has been deducted this month!

Shocked by this (and feeling slightly guilty) you ask your boss why your salary has been deducted out of nowhere. He proceeds to tell you about the payroll error that happened in the previous month which made the company deduct your salary for this month.

But the question now is...can your boss actually deduct your salary if he accidentally overpaid you before?

Your boss cannot deduct your salary unless…

...it is a lawful deduction of your salary. Your boss has the right to make certain cuts where necessary for monthly contributions like EPF & SOCSO, and a long list of other things that you can find in Section 24 of the Employment Act 1955. One of it is the overpayment of an employee’s salary for a certain period of time. Section 24 (2) of the Act states this as follows:

Basically, it is legal for your boss to deduct your salary if he overpaid you by accident. However, he can only do this in the immediate preceding 3 months where your salary has been paid.

For instance, if your boss overpaid you in September, he is still legally allowed to deduct your salary within the next 3 months—which are in October, November and December. Anything after that, it is considered unlawful, and you can take action against your boss and company.

[READ MORE: Your company not paying your EPF? Here’s what you can do]

But before your boss actually deducts your salary, he must inform you about it. The last thing you want is to see a lesser amount in your bank account on payday. So companies normally give a heads up to employees first before deducting their salaries.

But what if you don’t consent to the deductions because it’s technically the company’s fault?

The company will proceed with a lawsuit

Now some employees might genuinely think they deserve the extra money, considering it a “bonus”. In this case, the employee may refuse the deductions of the overpayment.

So the best resort for employers in this situation, is to act as soon as possible to recover the overpayment of the salary. But if you’re still unhappy with this or feel your company has unfairly cut your salary…

[READ MORE: Can LHDN force your family members to pay YOUR tax...if you die?]

Here’s what you can do your boss cuts your salary

In the event your pay has been unfairly deducted, the first thing to do would be to talk to your boss and Finance & HR departments. It’s best to find out the reason behind your paycut. If they insist that they were right in cutting your pay (and you think it wasn’t), you can file a case in the Industrial Court. Section 30(5) of the Industrial Relations Act 1967 says:

The Industrial Court will decide your case based on fairness and used the appropriate law to help the wronged party. There’s actually a law in the National Salary Consultative Council Act 2011 which states that an employer who does not pay his employees without a good reason is actually committing an offence.

This can be found in Section 43 of the Act, which says:

An employer who fails to pay the basic wages as specified in the minimum wages order to his employees commits an offence and shall, on conviction, be liable to a fine of not more than ten thousand ringgit for each employee.

So, if your boss is shortchanging you for no valid reason, he’s going to end up paying a very, very hefty fine.