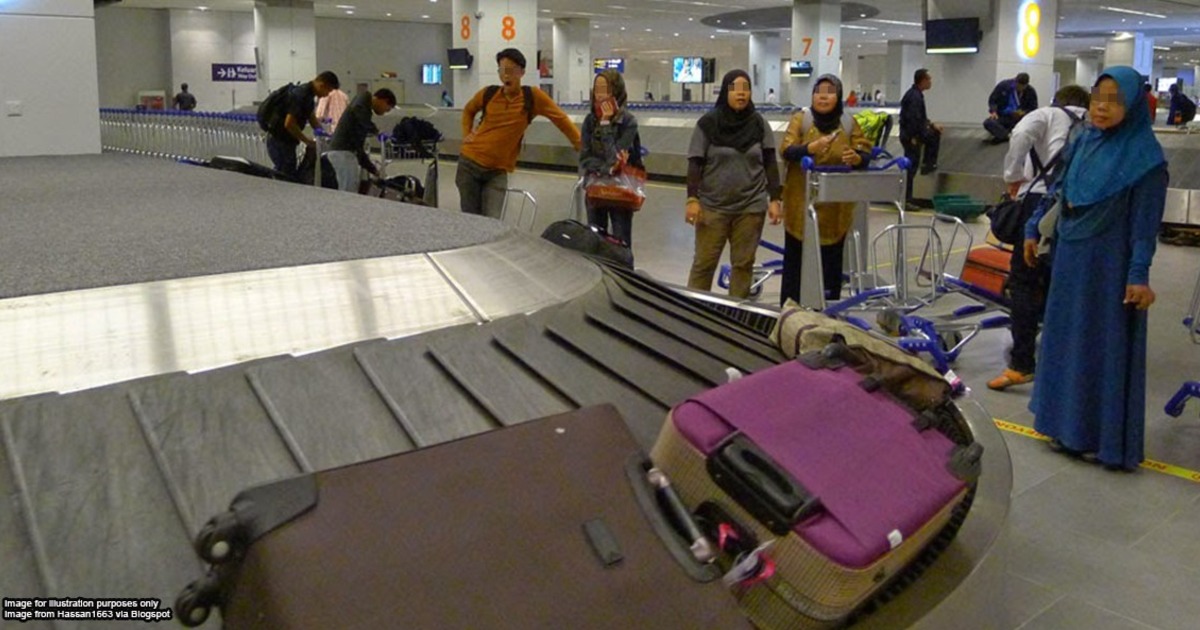 Can you sue an airline in Malaysia for losing your luggage?

Note: This law actually applies to any airline, Malaysian or foreign, as long as you had flown to or from Malaysia.

After a long 12-hour flight, you’ve finally landed in KLIA. You’re missing your vacation in London already, and you’ve brought home a ton of mementos from your trip.

It’s time to collect your bags and you’re so excited to get home so that you can give all these gifts to your family. You’re waiting and waiting… and waiting. 20 minutes pass, and most of the bags have been claimed by their owners. Another 20 minutes go by, and there are just 3 bags left on the conveyor belt – none of which are yours.

Frustrated, you walk over to the nearest airport staff you see and tell them that your bag is not there. She then tells you that your bag might arrive later or worse, missing, as in it might have been accidentally put on another flight. You also realise that together with your gifts, you had a bunch of essentials like your clothes and chargers. You’re asked to file a complaint to the airline, but you’re not sure if getting your luggage back or receiving some compensation alone is enough.

You might want to sue the airline for the inconvenience caused, but… can you?

A man tried suing, but failed

Someone actually did try suing Air Asia X for RM 11,700 back in August 2019. S.Ragindran had flown from Penang to Kuala Lumpur, and then from there to Melbourne. He arrived safely in Melbourne, but his luggage did not. And there was still no sign of it even after he returned to Penang. He made several queries to the airlines, but the luggage still couldn’t be located weeks after that.

And it wasn’t a short wait—Ragindran’s actually been waiting for it since 2017. So, it actually took 2 years before he sued the airlines in 2019. According to his lawyer, the luggage had contained several valuables such as a watch and branded clothing, and that’s why he was suing for a hefty RM11,700.

He sued the airline for negligence, which meant that he felt the airline had been careless, and that is why his luggage was missing. At first, the airline went by their compensation policy for lost luggage and offered him USD 200. They later increased this to USD 300, but Ragindran refused to accept this and carried on with the lawsuit. However, the court dismissed his claim. (We’ll tell you why below—it has something to do with T&Cs).

But that’s not all. HE ended up having to pay AirAsia X RM 1,000 instead, to compensate for AirAsia’s time and cost spent for going through this case.

So…judging from his case, suing doesn’t seem to be the best option here. But don’t worry, going to court isn’t the only way— there are still other routes to take.

Complain to the airline… or to MAVCOM

Ever notice how at the bag drop at airports, the person checking you in will stick tags with bar codes on your bag? That bar code is how your bag is tracked at every point. So, if your luggage is missing, the first people you’ll need to contact will be the airline itself, as they’ll be able to find out where your bag last was. When it happens, you’ll need to send a written complaint to the airline within 7 days from the time you land.

But… what if days and weeks go by, and the airline still doesn’t get back to you?

You don’t have to wait 2 years like the man in the case above. If they aren’t of much help to you and they don’t resolve your problem within 30 days of your complaint, you can go to the Malaysian Aviation Commission (MAVCOM). This commission was set up for take care of a whole range of matters in the aviation industry, including the safety and welfare of passengers. And a part of this is to ensure that customers get their luggage safely and on time.

We took a look at MAVCOM’s website, and they actually encourage passengers to contact the airline first. But if you’re not happy with what the airline is (or isn’t) doing, you can file a complaint directly to MAVCOM, and you can find the form here.

MAVCOM’s website also states that your airline MUST compensate you, even if you didn’t buy travel insurance. To back your claims and be fully compensated for all your losses, MAVCOM had also advised passengers to keep receipts of:

But sometimes the solution to deal with the issue starts way before—in the fine print, when you’re buying your plane ticket.

Each airline will have its own policy when it comes to lost or delayed luggage. This policy will be stated in the terms and conditions of your air ticket, so it’s super important to read the fine print before buying one. Airlines will usually compensate you monetarily if your luggage can’t be found by a certain period. How much they will compensate you and by when you will be compensated, depends on the airline as well.

Remember when we said that Ragindran lost his case because of T&Cs? Well, in Ragindran’s case mentioned above, the case was thrown out because the airline could prove that it had already been stated in their terms and conditions that they would only pay a certain amount for lost luggage. While Ragindran said he had not been aware of this, the lawyer who represented AirAsia X said

“...not likely as those buying AirAsia’s tickets online must click “agree” on the terms of conditions before the tickets could be purchased”.

Basically, this means once you purchase your ticket, you agree to the terms and conditions set by the airline and you’re obligated to adhere to them. In the event that your luggage goes missing, the airline will deal with your case following their own policy.

Again, you can take your case to MAVCOM if you feel there’s more that can be done to get your luggage back. And of course, there’s nothing to stop you from suing the airline. But whether you succeed in building a case against them is a different story altogether, especially when you’ll have to prove that the airline was indeed careless in handling your luggage.

[READ MORE: 5 rights you didn’t know you had as an airline passenger in Malaysia]