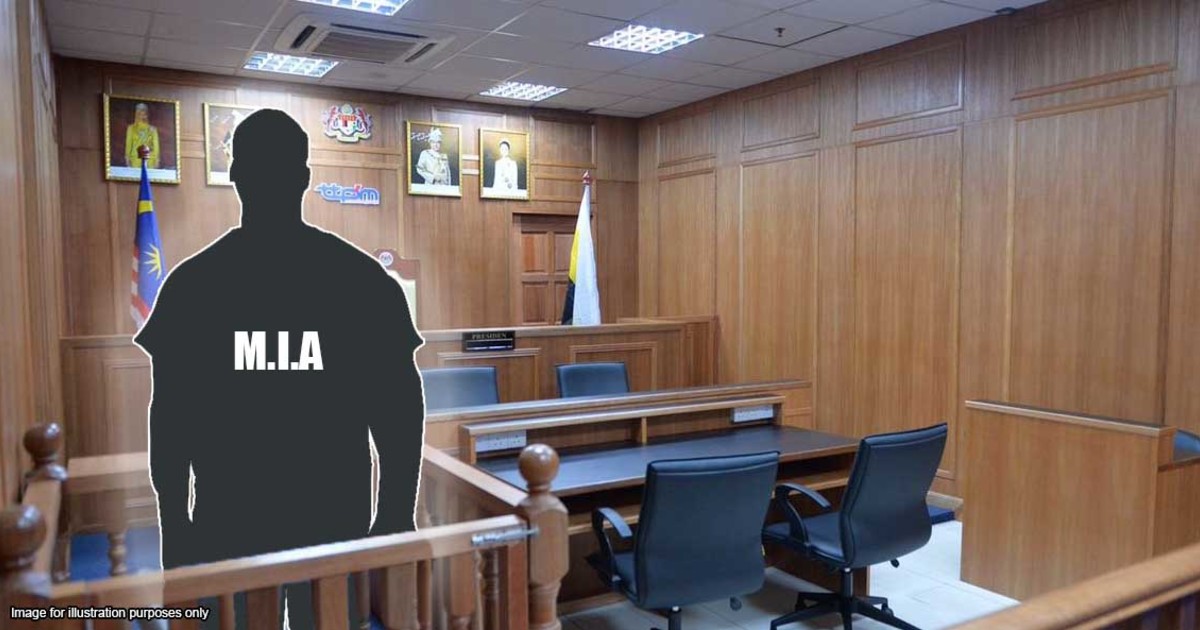 What happens if your opponent doesn't "show up" in court in Malaysia?

One fine day you were walkin’ down the street, minding your own business, when suddenly, a car hits you. As you lose consciousness, you see someone get out of the car that just hit you, and walk towards you. You wake up later in a hospital, miraculously only having suffered a broken leg. You’re thankful that you’re still alive, but you’re also boiling mad inside, because who swerves onto the sidewalk and hits a pedestrian? Of course, you wanna take the careless driver’s sorry butt to court. You do all the necessary things to start a civil trial, and lo and behold, the other party doesn’t seem to be interested in defending themselves in court at all. The defendant didn’t enter an appearance, which is lawyerspeak for basically responding to a civil suit.

[READ MORE: How do personal injury claims work in Malaysia?]

The idea is that you can’t just show up in court randomly to have the court hear your case, and that includes the defendant's side. A defendant who enters an appearance basically shows that he or she intends to defend themselves and submit to the jurisdiction of the court. It’s like saying “Aight, I’ll play ball according to the standard rules”. Order 12 Rule 1 of the Rules of Court 2012 provides the modes of entering an appearance.

A memorandum of appearance is basically a document that you need to fill up and it is a request to the court Registry to enter an appearance for a defendant (or multiple defendants). There’s a time limit for entering an appearance for the whole of Malaysia: 14 days. The only exception is: if the plaintiff and defendant are from East Malaysia and live in different Divisions or Residencies. The time limit is then 20 days.

TL;DR: Entering an appearance is a procedure that the defendant has to go through to defend his case, and there’s a time limit to do so.

What is a judgment in default of appearance?

When a defendant fails to enter an appearance within the stipulated time period after service of writ by the plaintiff, the plaintiff is entitled to obtain a judgment in default of appearance, according to Order 13 rule 1 of the Rules of Court 2012. At the risk of extreme simplification, it’s basically a no-show and the plaintiff gets the win (tentatively). Not entering an appearance is not the only time where judgments in default can be obtained, but these other circumstances aren’t super relevant to our discussion at the moment.

So when a defendant fails to enter an appearance, the plaintiff may then “apply” for a couple of types of judgment in default of appearance. The type of judgment you’d wanna go for depends on the type of claim(s) you have.

If the defendant fails to adhere to the time limit and fails to request an extension, you get to keep your judgment in default.

A regular judgment in default is obtained by the plaintiff normally without any procedural errors.

An irregular judgment in default is obtained when there are errors in procedure in obtaining said judgment, for example, defects in plaintiff’s application for default judgment, or defects in the issuance of service of writ. Before going into the differences between setting aside regular and irregular judgments in default, the general rule comes first.

So on top of the time limit rule, the methods of setting aside irregular and regular judgments are:

The court has absolute discretion (they can choose to do it whenever) to set aside or change up the judgment in default if it thinks that it is just (as in justice), as provided in Order 13 rule 8 of the Rules of Court 2012. This position has been further solidified by the case of Tuan Haji Ahmad Abdul Rahman v Arab Malaysian Finance Bhd where the Federal Court held that the court has the power to set side or vary the judgment in default if it thinks that it’s more just to do so, after considering all the factors and circumstances of the case.

Judgments in Default aren’t do or die

This isn’t the entire story on judgments in default, but it should be enough to give you an idea of what happens if you wanna sue a person and they don’t enter an appearance in court. Pretty much every step of the way involves paperwork (very common in the legal profession). For the plaintiffs out there, you don’t automatically win the case if you enter a judgment in default of appearance, and for the defendants out there, if you are served with a judgment in default, don’t panic, it might look bad but there’s still a chance to turn things around, especially if you move fast.