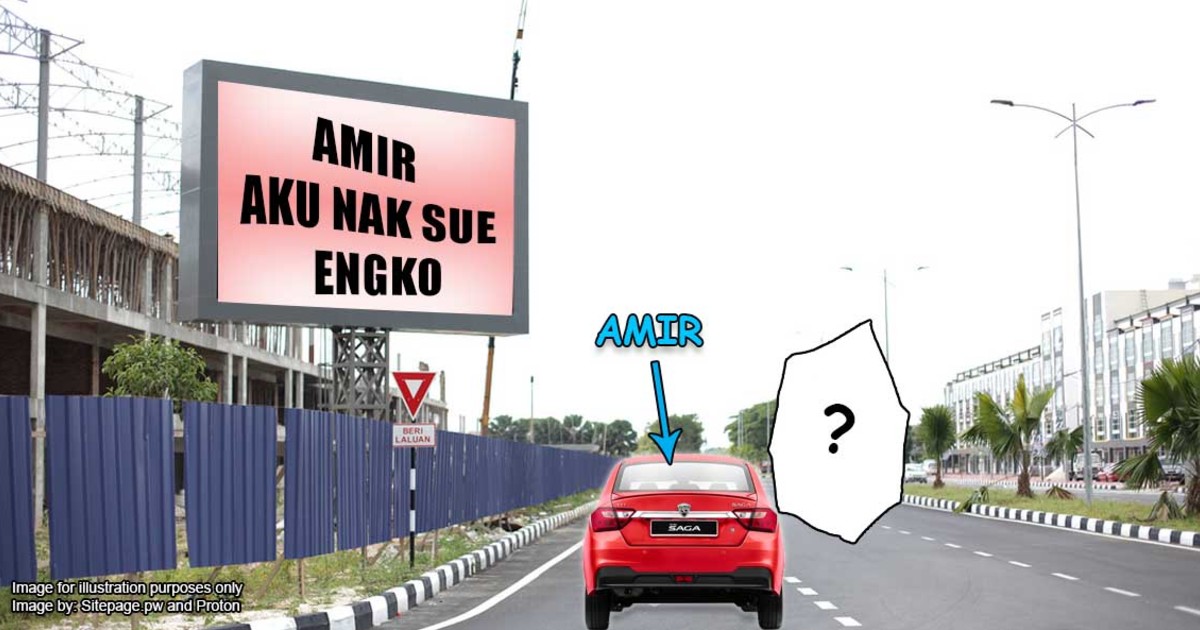 How do you even start suing someone in Malaysia?

Many people have never known this, but there are different “ways” to bring cases to civil court in Malaysia. In criminal cases, what usually happens is the accused person is arrested, formally charged by the public prosecutor and if the accused person does not plead guilty, the matter goes to trial. It’s different for civil cases, different types of civil actions require different modes of commencement in court.

In this article, we’re gonna be talking about what is properly termed as modes of commencing proceedings. When you approach a lawyer with a civil action in mind, chances are the lawyer will let you know what documents he’ll need from you and all that, but you probably don’t know what he’s gonna do to bring your case into court. It’s kinda neat to get to know what’s going on behind the scenes so that there’s less frustration on your part.

The modes include writ of summons and originating summons. Most of, if not all the methods of starting a civil case are covered by the Rules of Court 2012, which will be expanded upon in the discussions below. Didn’t know there were rules in court, eh?

Order 5 rule 2 of the Rules of Court 2012 say when cases MUST be inititated via writ:

2. Proceedings in which a substantial dispute of fact is likely to arise shall be begun by writ.

It says that cases that are likely to have “substantial dispute of fact” should be initiated via writ. A substantial dispute of fact is when both parties in court (the sue-er and the sue-ee, if you will) will have conflicting accounts of what happened. Compared to originating summons, which we will be discussing in the next point, a case started with writ is more time consuming and costly in terms of money. There may be witnesses that are called in to give oral testimonies (their story).

What are cases that are likely to have “substantial dispute of fact”? Claims for damages for breach of duty and personal injuries, which arise from (usually) tort of negligence, are considered to be likely candidates to have a subtantial dispute of facts. Concepts such as breach of duty, negligence, and personal injury claims have been covered previously by us, but here’s the lowdown. For example, when a careless driver (who is negligent and has breached his duty as a road user) hits a pedestrian, resulting in personal injuries, the pedestrian can then sue the careless driver. This action of suing the careless driver is initiated with a writ.

[READ MORE: Did you know you could be taken to court for something that’s not a crime?]

Another example of civil action in which there is likely to be a substantial dispute of facts is a claim that is based on fraud. Fraud is when someone uses a wrongful method to obtain money or property that rightfully belongs to others. Examples of these include scams and identity theft. Ya know when you get those emails from Nigerian Princes? Yeah. It’s pretty clear that situations involving fraud can be pretty messy, and there’s gonna be disagreements as to facts of the case with both parties in court.

(a) in which the sole or principal question at issue is or is likely to be one of the construction of any written law or of any instrument made under any written law, or of any deed, will, contract or other document, or any other question of law; or

Examples of cases that can either be initiated this way are contract cases, like wills where the main point of dispute is the law surrounding the contracts with minimal arguments on facts.

Compared to writ, originating summons is faster and more linear and less complicated. It costs less, and both parties will have their cases stated in affidavits (written statements confirmed by oaths) to facilitate the process. No witnesses and oral testimonies are required.

When do proceedings HAVE TO BE be initiated via originating summons? Order 5 rule 3 of the Rules of Court 2012:

3. Proceedings by which an application is to be made to the Court or a Judge thereof under any written law shall be begun by originating summons.

Cases which involve disputes on points of law, like (again) contract cases that have no arguments of facts, setting aside an order for sale of land, recovering land from squatters must be started by originating summons.

Originating summons CANNOT be used to initiate an action where there is dispute of facts or where the plaintiff intends to apply for a summary judgment or specific performance. A summary judgment is a judgment entered by a court in favour of one party without a full trial. It’s a pretty complex topic so we’ll save this one for another article.

Specific performance, on the other hand, is a when the court awards compensation in the form of an action instead of money to a party. The court can order a defendant to fulfill the thing that is to be done in a contract, because sometimes money can’t buy certain things. For example, there’s a contract between A and B to have B dance like a monkey while riding a unicycle. If B doesn’t fulfill that, the court can order B to do so instead of paying money to A, because sometimes watching someone dance like a monkey while riding a unicycle is the best, and can’t be bought with money.

What if a wrong mode is used to start a civil action in court?

It’s not the end of the world, you can actually still proceed with the action. Order 2 rule 1 of the Rules of Court 2012 holds that non-compliance with the Rules shall be treated as an irregularity and shall not nullify the proceedings. That means the court won’t immediately throw out your case just because you (or your lawyer) made a technical error. Echoing that sentiment is Order 2 rule 1(3). The court or judge may allow amendments and to order the irregularity to be cured.

That’s great, but the court still has the inherent power under Order 92 rule 4 to set aside the action “in the interest of justice”.

Now, can an action that is halfway in progress, but later found out to be commenced wrongly, be cured? According to Order 2 rule 1, and a couple of court decisions, it can! The English case of Harkness v Bell’s Asbestos & Engineering Ltd held that every defect (mistake in commencing a civil action) is to be regarded as an irregularity which the court could rectify in the interest of justice. The principle in Harkness was followed by the Malaysian case of Shanmugam v Pappah.

Last, but probably not the least, is Order 28 rule 8(1), which says that an action commenced by originating summons may continue as if by writ if there are disputes. The case of Ting Ling Kiew v Tan Eng Iron Works held that pursuant to Order 28 rule 8(1), since issues of disputes of facts arose in the case, despite it being commenced by way of originating summons, the case should continue as if by way of writ, and the case need not be thrown out.

There you have it, a few ways to start a civil action in Malaysian courts. If nothing else, the takeaway from this article should be there are different ways to start a civil action. The modes in this article are not exhaustive, but it should be a good starting point for anyone wanting a peek into the process. Certain issues such as bankruptcy proceedings have commencement methods that are governed by the Bankruptcy Act 1967, and there are more of such cases which have their own respective Acts that govern their proceedings.

[READ MORE: How do bankruptcy proceedings work in Malaysia?]