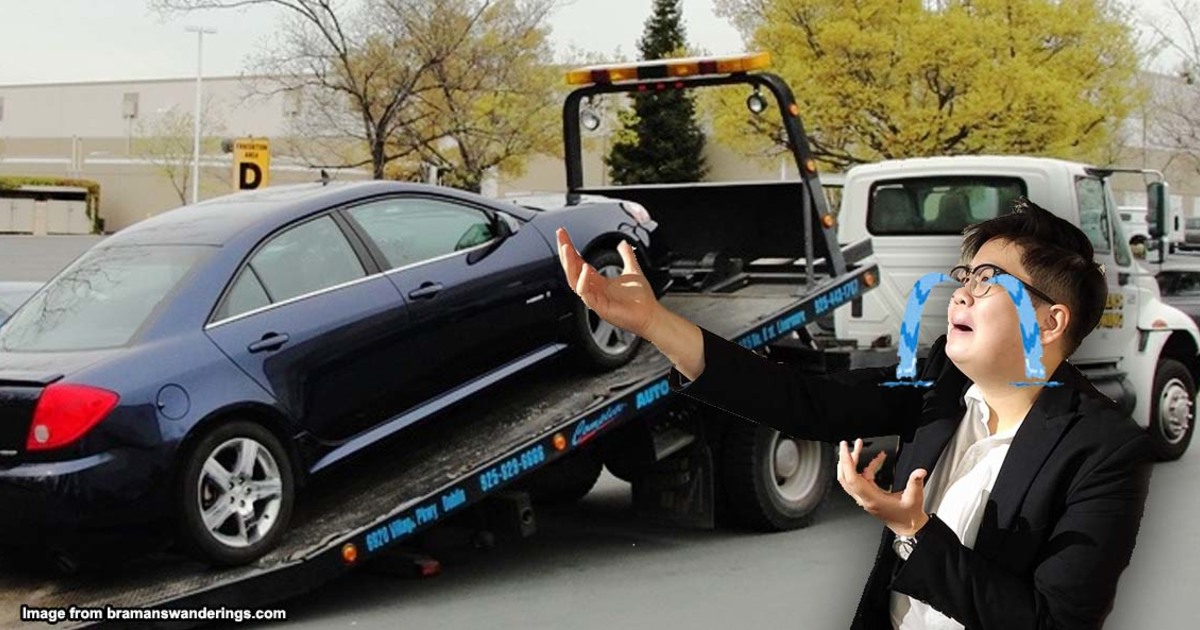 How do bankruptcy proceedings work in Malaysia?

Most of us wouldn’t think too hard about bankruptcy and when asked about it, the knee jerk reaction is to think that a bankrupt is someone who is terrible at managing their finances and would be forced to live on the streets after losing their house. Aside from that, there is also this general perception that being a bankrupt is something shameful. Aside from these general ideas on bankruptcy, those who are involved in bankruptcy proceedings might be at a bit of a loss as to how it all works.

We know it may seem pretty daunting to have to deal with the stress and emotional roller coaster of having bankruptcy proceedings initiated against you on top of trying to understand all the legal issues thrown at you. Well, don’t fret because this article is here to help you guys out there and also to dispel some of the myths surrounding bankruptcy.

1. What exactly is bankruptcy and how much do I have to owe?

In it’s proper manner, you can only be called a bankrupt if the court has declared that you are one. Let’s explain this to you guys by looking at these two words – “insolvency” and “bankruptcy”.

Ali owes Bank MariAmbikLoan RM100,000. Ali is unable to pay off the amount at his current instalment plan.

At this point, Ali is insolvent but not bankrupt.

Ali then approaches the bank and they offer to restructure the plan so that Ali doesn’t have to be declared bankrupt and can slowly work his way out of insolvency.

Bankruptcy, on the other hand, is the legal status that indicates that you are unable to pay off your debts to your creditor. You receive this status after the bankruptcy proceedings have been completed and the judge declares that you are a bankrupt.

Aside from owing your creditors at least RM50K, bankruptcy proceedings also can only be initiated against you when you have committed an act of bankruptcy. There are many acts which qualify as an act of bankruptcy under section 3 IA 1967 but the most common one is failing to respond to a judgment debt or bankruptcy notice. We will discuss this concept and the issues surrounding it in another article but for our current purposes, we created this quickie flowchart for you guys.

Basically, it starts with you being unable to pay your debts and your creditors suing for the return of the money. When the court finds that you do indeed owe your creditors that amount, he will order you to pay the judgment debt (what you owe). The creditors will issue the bankruptcy notice and if you fail to comply with this notice, you would have committed an act of bankruptcy as per section 3(1)(i) IA 1967:

“A debtor commits an act of bankruptcy...if a creditor has obtained a final judgment or...a bankruptcy notice under this Act requiring him to pay the judgment debt or sum ordered to be paid...and he does not within seven days after service of...”

Bear in mind that even a minor (someone under the age of 18) can be made a bankrupt through his guardian and there is technically, no maximum age for bankruptcy proceedings.

3. How would I know if I am a bankrupt and how do I get out of bankruptcy?

It might seem dumb to ask how would someone not realise that they have been declared a bankrupt especially with all the processes involved but we are pretty sure that you guys would have come across stories of Malaysians getting declared bankrupt without them even realising it. To understand how this may happen, we have to look at how bankruptcy notices are served.

Typically, your creditors must serve the notice on you personally but if they can’t find you at your listed address, they can apply to the court for substituted service. This means that they would be allowed to “serve” you the notice through other means such as publishing the notice in newspapers or sending it to your last known address. So, if you move a lot and fail to inform your creditors of your change in address, you can be declared bankrupt.

This means that there is no point trying to run away or trying to avoid your creditors if you know that you are headed towards bankruptcy because while personal service is the default position, the court can always order the use of substituted service and the court can still deliver their judgment even if you don’t show up.

There are also stricter laws on when the courts will allow your creditors to use substituted service with the new amendments in place and you read about it here.

If you have been a guarantor for someone or you are itching to find out about your status, you can use MyEG’s services to check your bankruptcy status. They charge RM12 per name per bankruptcy search. Aside from that, you can also make a request for your credit report from Malaysia’s Credit Bureau (commonly referred to as CCRIS).

As to how to get out of bankruptcy, the new amendments provide for an automatic discharge of bankruptcy after 3 years from the date you submit your statement of affairs to the Insolvency Department. Once you have been discharged from bankruptcy, ALL your debt which you have not managed to pay would disappear. This is provided for in section 35:

“...where a bankrupt is discharged, the discharge shall release him from all his debts provable in the bankruptcy...”

Bear in mind that this release from debts does not include debts owed to the government or fines or anything obtained from fraud.

4. What happens to me if I am declared a bankrupt?

We have all seen those movies where creditors are depicted as blood sucking, vampires that drag away your first born child to be sold. Okay, that was an exaggeration but we have seen movies depicting them as taking away everything you own, down to the last piece of cloth on your back. You are then reduced to surviving based off the goodwill of others or begging on the streets.

We are pleased to report that the two situations above are exaggerations, your typical Hollywood-esque flamboyance. What happens when you have been declared bankrupt is actually very procedural. Remember the flowchart we included above? What comes after the court finds you bankrupt is that you have to declare your assets.

“A bankrupt shall give such inventory of his property, such list of his creditors and debtors and of the debts due to and from them respectively, submit to such examination in respect of his property or his creditors...and generally do all such acts and things in relation to his property and the distribution of the proceeds amongst his creditors as are reasonably required by the Director General of Insolvency...”

After declaring your assets, your assets will then be vested (be under the control of) with the Director General of Insolvency (“DGI”) who will then sell them and distribute the earnings among your creditors. Section 48 IA 1967 lists down what kind of property will be taken by the DGI and in short, all your property can be taken to be sold by the DGI except the following things:

Aside from the vesting of your property with the DGI, your monthly income can also be used to contribute to the settlement of your debt. This is found in section 57 of the Act where the DGI is empowered to order you to put a portion of your salary to debt repayment.

The more pressing question that many of you would have is would you lose your house. This is where things get slightly complicated but the first thing you need to know is that there are two kinds of creditors:

In the context of housing loans and in the event you default in payment for your housing loan, your bank (secured creditor) can seize your property to auction off and recover the housing loan that is owed to them. They can do this because they would have secured their interest by registering a charge on your property (this part overlaps a little with the National Land Code and we will cover this in another article).

This means that for houses, the steps that your bank can take if you default on your loan repayments can be different and separate from bankruptcy proceedings.

In short, the answer to whether you would lose your house is a YES.

5. What other rights do I lose if I become bankrupt?

Aside from having to vest your properties (and part of your income) with the DGI, being a bankrupt also limits some of your rights and disqualifies you from certain positions. This can be found in various parts of the Act such as section 36 and section 38 but to make for the purposes of this article, we will list it down for you. The list is as follows:

6. Will my bankruptcy status affect my family?

As highlighted earlier, there is a chance that you could lose your home if you are declared bankrupt. If you do, this would affect your family as you would have to seek alternative housing.

“(1) The court may...summon...wife of his, or any person known or suspected to have in his possession any of the estate or effects belonging to the debtor...or any person whom the court deems capable of giving information respecting the debtor, his dealings or property…

(2) If any person so summoned...refuses to come before the court at the time appointed, or refuses to produce any such document...the court may by warrant cause him to be apprehended and brought up for examination.”

Bankruptcy proceedings can also be initiated against your estate after your death (section 122 IA 1967) which means that your family may not directly pay for your debts but your estate can be used to clear your debts if the courts allow it.

7. Is there anything I can do to prevent myself from falling into debt?

Malaysia actually has an agency that is set up to help you manage your finances and provide you with financial counselling. Some of you might be familiar with it and it is called the Credit Counselling and Debt Management Agency, commonly known as the AKPK. You can even contact these guys to find out more about their debt management program where they work together with you to develop a personalised debt repayment plan and even consult with your creditors to structure a manageable scheme for you.

Another slice of good news is that the recent amendments also incorporated a new system that allows you to negotiate with your creditors in order to come up with a debt repayment scheme. You can read more about it here.

At the end of the day, the best way is to always monitor your expenses and try to gain more financial knowledge. It also never hurts to diversify your savings and investments.

[READ MORE: 5 changes to Malaysia’s bankruptcy laws that make it harder to become a bankrupt]