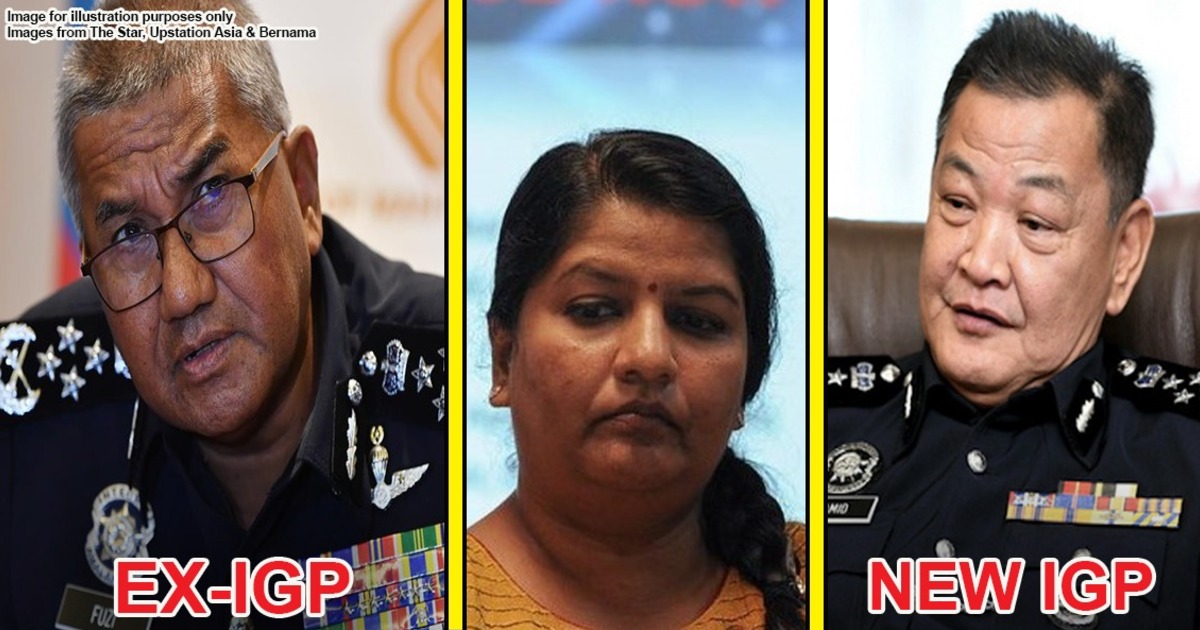 Why is Indira Gandhi suing the current IGP for something the ex-IGP failed to do?

If you’re one to closely follow the news in Malaysia, you would most likely know who Indira Gandhi is. She made headlines when she fought for the custody of her children who were converted by her ex-husband without her permission. Indira won the case after a 9-year legal battle and it seemed as if the chapter had finally been closed.

But just recently, Indira made the front page of newspapers again. While she had managed to get two of her three children back, the youngest daughter was still with her father. The whereabouts of the child and her father and unknown till today. So, just a few days ago, on 27 January 2020, Indira’s legal representative said that she was going to sue the Inspector General of Police, Tan Sri Abdul Hamid Bador for RM100 million. The reason given was that he still has not located her missing daughter after all these years and so, he has failed to fulfill his duties.

If you’ve been following this saga closely, you might remember that there have been THREE IGPs who have been in charge of finding the Indira Gandhi’s daughter. After Indira Gandhi was given custody of her three children in May 2014, the Ipoh High Court then ordered the police to search for the girl and return her to her mother. As mentioned earlier, the IGP was Tan Sri Dato’ Sri Khalid Abu Bakar. An important thing to note here is at this point, there was no specific order made to the IGP to find the girl. It was a general order to the police force. The following month, the Ipoh High Court ordered the police again to find the girl, and to give the court monthly reports until she was found.

The months went by and there was still no trace of Indira Gandhi’s daughter. She then filed an application to compel the IGP to search for her daughter and arrest her ex-husband. It was at this point that an order was specifically made to the IGP himself. This order was granted in September 2014, and it’s known as a mandamus order. A mandamus order is basically an order to compel a public official (such as police officer), to properly fulfill their public duties. Despite the order being secured, the IGP didn’t want to comply with the order. The reason was, although Indira Gandhi had custody of her children, her ex-husband was challenging that in court. And this brought more complications because now the secular courts AND syariah courts were involved.

Fast forward to 2017, a new IGP was appointed: Tan Sri Mohamad Fuzi Haron. And this new IGP had to take up what was left to him by his predecessor. Then in 2018, the final court of appeal once and for all decided that Indira Gandhi’s children should remain with her. But up to that point, there was still no sign of her youngest daughter. So again, the court compelled the IGP to follow the mandamus order to find her. But eventually, he too left, and the third IGP in this case, Tan Sri Abdul Hamid Bador took over.

Since there were three IGPs in the case, why was only Tan Sri Abdul Hamid Bador being sued?

She’s ‘suing’ the role of the IGP, not the person

This might sound a bit illogical at first, but think of it this way: In order to sue someone, you need to prove that that person had caused you inconvenience or harm in some way. If Indira Gandhi was going to sue the IGP personally, he would have had to do something unlawful outside the capacity of his job as a police officer. But in this case, she is taking him to court because he allegedly failed to perform his duties as a police officer. But then, you might wonder why she is suing the IGP and not any other PDRM officer.

The answer is pretty simple and it can be narrowed down to two main points. Firstly, when a new IGP takes over, he would naturally take on the responsibilities left by the previous IGP – including any unsolved cases. So, for our current IGP, finding Indira Gandhi’s daughter would now be one of his tasks, Secondly, the IGP is the head of the PDRM, and so he would be responsible for the police force. The mandamus order was directed at the IGP, and while he would not be able to locate Indira Gandhi’s daughter all by himself, it would fall under his responsibility to ensure that PDRM as a whole keeps searching for her.

‘Piercing the corporate veil’, a principle used in company law can help explain this a little better. This principle is usually applied when you sue a company that has gone bankrupt, but we can still use the logic behind it. Under this principle, the shareholders or key people of a company can be held directly responsible for the company’s actions. A company that had gone bankrupt will not be able to pay you when you sue them, but you can hold the main people of the company responsible and make them pay instead.

PDRM isn’t a company that can go bankrupt, but the takeaway from the principle is this: If you can’t sue a whole organization, you can sue someone who represents the particular organization. And most of the time, they are the figureheads of the organization.

You can still sue a police officer personally, but it won’t be easy

The PDRM is an organization of its own, but what if you want to take action against a specific officer? There’s no rule against this, but suing a police officer personally is pretty difficult. In the middle of this article, we mentioned that to sue someone, you’ll have to prove that the person themselves did something unlawful to you. In the case of a PDRM officer, they must have done something unlawful out of the scope of their job as a police officer.

But what if you wanted to sue a police officer because you felt he wasn’t doing his job efficiently? For example, you had an emergency and called the police, but they got to you pretty late. In this case, they didn’t do anything unlawful outside the scope of their role, but they didn’t manage to get to you soon enough. So, can you sue a police officer for causing you emotional distress by arriving late? The UK case of Michael v Chief Constable of South Wales Police [2015] says that you can’t.

It IS the job of the police to get to you soon, and they do have a cutoff time by which they would try to reach you. But they don’t owe you a duty of care specifically. Meaning, they can’t prioritize your case over everyone else’s. If they needed to tend to another emergency on the way, they have the right to do that, and you can’t take legal action against them for not getting to you sooner. Of course, if you can prove that they deliberately took a detour and got to you very late, that’s a different story altogether.

[READ MORE: Can you sue the PDRM if they respond too late to your emergency call?]

Indira Gandhi’s lawsuit IS targetted at the IGP himself but we need to take note of two important things here. One, she can do this because there’s a court order which she feels he has not complied with, and two, she’s suing him in his capacity as head of the police force.

The IGP himself commented that the Home Ministry would look after the lawsuit. The fact that this Ministry is handling it and not the IGP himself proves that this is not a regular lawsuit between two people. It shows that Indira Gandhi is not suing Tan Sri Abdul Hamid Bador as a person, but as the Inspector General of Malaysia.