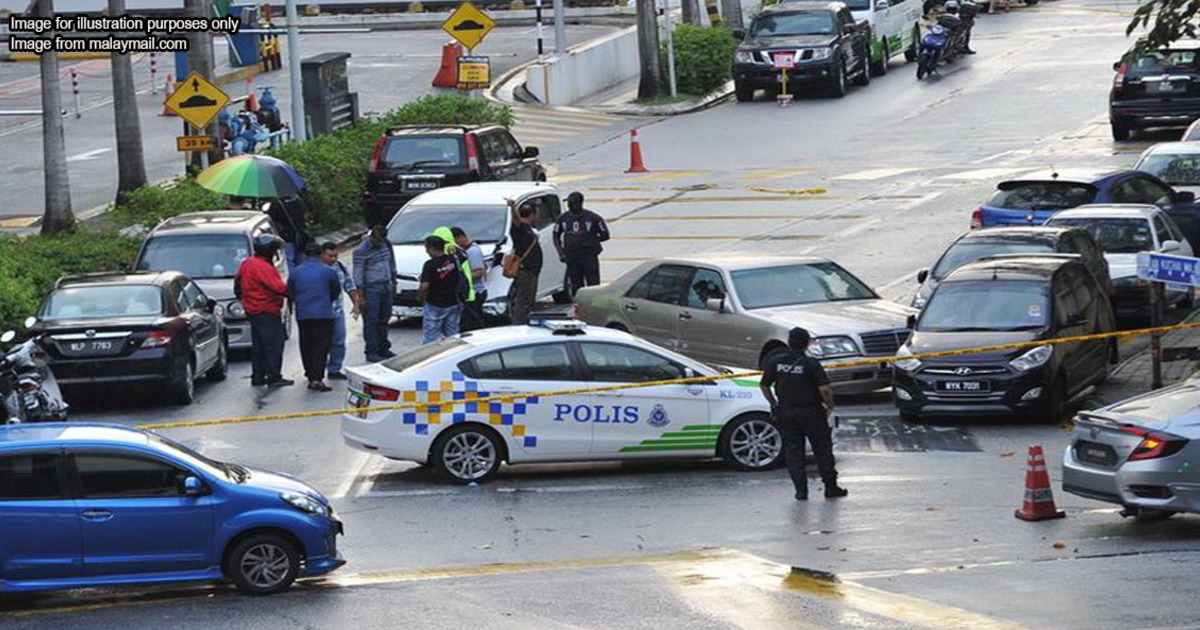 When you’re in danger or you feel unsafe, the first thing you will most likely think of is calling the police – with the expectation that they’ll arrive within minutes to make everything safe again. But what if they don’t arrive on time?

If you’ve never had the need to call the police, then imagine the following scenario:

While waiting for the bus home, a fight breaks out next to you. You see that the group has knives on them and there’s a chance things are going to turn ugly, potentially endangering innocent bystanders as well. You do your civic duty and immediately dial 999. Minutes pass but there is still no sign of the police.

If you were in such a situation, you would be expecting help to come almost immediately after you dial 999. After all, it’s the police’s job to keep us safe, right? But for many reasons, the police may not be able to get to us fast enough. Or more accurately, they may not be able to get to us as quickly as we want them to. This is where we point out the difference between relative (subjective) time, where you may perceive time to move slower when you’re in a state of panic or danger; and actual time which (easily enough) follows a clock. For the purposes of this article, we’re looking at actual time that the police might take to show up.

So, does PDRM just come as soon as they can or do they have a time limit by which they should reach you?

The PDRM should arrive within 8 minutes

The PDRM does have a time frame by which they should respond to calls and the current benchmark is 8 minutes. While this is not a law on paper, this is part of their Standard Operating Procedure (SOP) and is currently a part of the government’s 11th Malaysia Plan to reduce crimes and improve public safety. In 2015, the target time was under 10 minutes. Surveys conducted have shown that the decrease in response times have yielded good results.

However, the target time in the SOP may be a bit difficult to adhere to at times for various reasons. Some of them are:

An article by Channel News Asia also states that, as of November 2018, more than 500 out of a total 791 police stations across the country are understaffed. This is a huge problem because even if PDRM wants to send help immediately, they may have insufficient personnel to send out to respond to emergencies.

But regardless of the reasons, a person’s safety or life may be at stake, so the question still remains...

Can PDRM be sued for arriving late?

Whenever we mention “suing” or “lawsuits”, what we’re actually referring to is something called a tort. You can read our article on it below, but essentially a tort is a wrongdoing that isn’t a criminal offence, that you can claim compensation for (usually in the form of money). There are many different types of torts, but when it comes to the police arriving late, it’ll likely fall under the tort of negligence.

[READ MORE: Did you know you can be taken to court for something that is NOT a crime?]

To see whether responding to a call late amounts to negligence or not, we need to take quick lesson on the law of negligence. The law on negligence is derived from a set of past court cases, instead of a law passed by Parliament. In short, if someone is said to be negligent, they...

But here’s the plot twist – the police do not owe you a duty of care. This might not make any sense, but allow us to explain further. the police owe a general duty of care to everyone, not specifically to you. This means that all calls received by the police are important and prioritizing one over the rest would be unfair.

Our research shows that thus far, no Malaysians have sued the police for sending help late. However, the UK case of Michael v Chief Constable of South Wales Police [2015] may give you an idea of what might happen if you tried.

Two of the reasons were:

Therefore, while you could still try and sue the police as Joanna’s family did, the claim will most likely not succeed due to the fact that the police do not owe you a duty of care personally. There’s also a time bar which you must take into account. Section 2 of the Public Authorities Protection Act 1948 states that any claim brought against an enforcement officer must be made within 3 years of the incident.

What else can you do if you can’t sue?

If you cannot or think it’s not worth suing, your best option is to make a complaint to the District Police Headquarters (IPD). If no action is taken, you can make a followup complaint to the Enforcement Agency Integrity Commission or the Suruhanjaya Integriti Agensi Penguatkuasaan. They take complaints on enforcement officers who have failed to perform their jobs properly. For more information on what the EAIC does and how to go about making a complaint:

[READ MORE: M'sian authorities have to investigate if their officers mess up. But what if they don't?]

PDRM is aware of the problem and is taking measures to improve their response times. It has also come up with apps to make reporting a crime faster and a lot simpler. This will help in cases where the victim cannot speak, for example, and will help prevent inaccuracies in information due to the phone lines not being clear. Apart from that, more vehicles have been given to PDRM so that a patrol car can reach you even sooner. These cars also well equipped with the technology that allows for better communication with call handlers as well as the callers themselves.

If you’re ever in a situation where you strongly feel PDRM should be answerable, consult your lawyer on the best way to go about it.