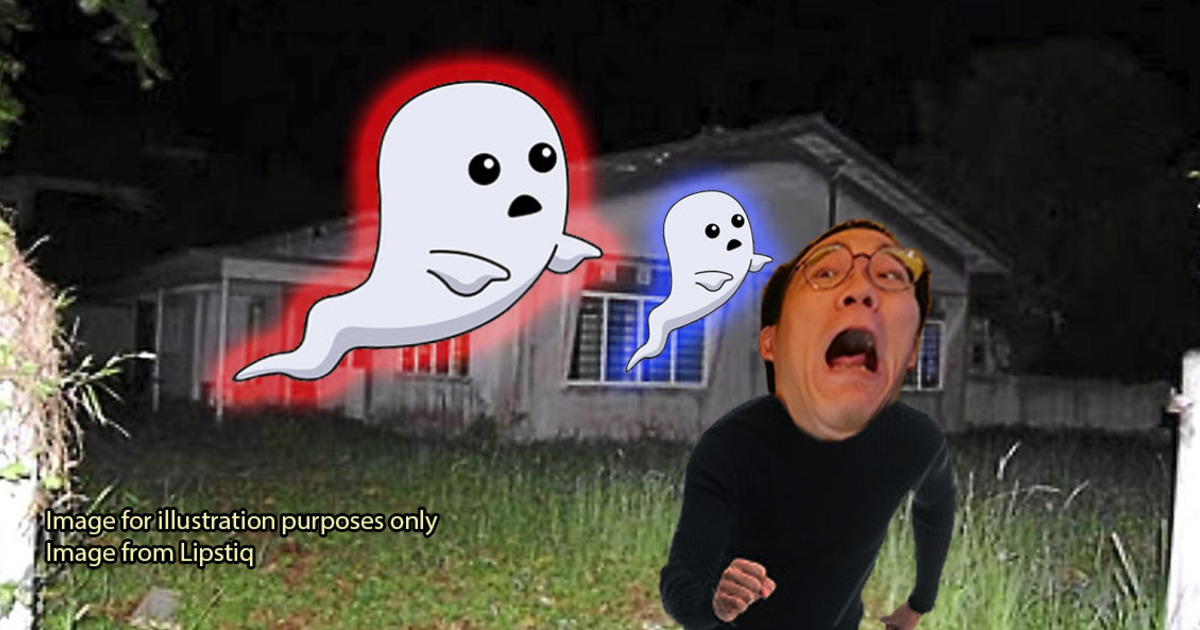 If you bought a haunted house in Malaysia, do you call the Ghostbusters... or a lawyer?

Congratulations, you just bought your first house! Sure, it’s a little run down because it’s a second-hand house… the lights turn on by themselves every now and then (faulty wiring) and you feel this cold chill every time you walk in (save money on air conditioning) but, hey, it was within your budget and it’s a house that you can call your own.

As you’re about to fall asleep in your cosy new bed, you feel this distinct tap on your shoulder, so you automatically turn around only to realize…. 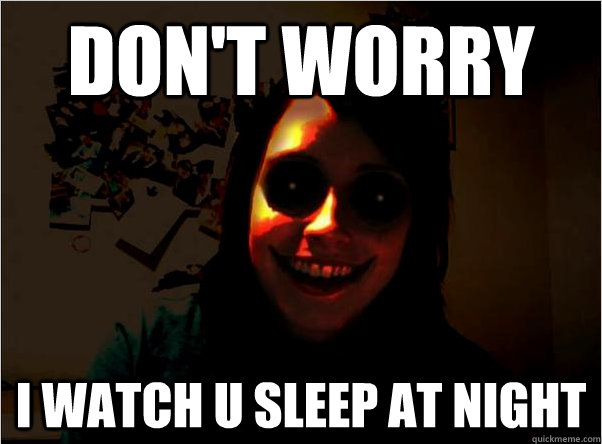 At this point, everything starts falling into place. It’s not faulty wiring or excellent ventilation….. your house is haunted.

From the safety of a brightly-lit mamak, you start considering your options – should you sell the house at a loss? Attempt to exorcise the house of its spiritual tenants? Or….. try to sue the guy who sold you the house for not telling you that it’s haunted?

Now obviously this is easier said then done, because you’re left with two almost impossible things to prove to a judge:

But in the spirit of Halloween, let’s see if there’s any way you can take the case to a Malaysian court... 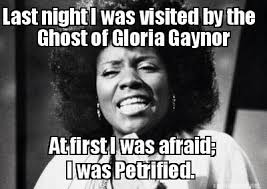 If you do a search on on this, you’re likely to find the case of Stambovsky v. Ackley aka the Ghostbusters Ruling, where someone had managed to successfully sue on the basis of buying a haunted house. However, this is also an American case and, except in very exceptional circumstances, cannot be applied to Malaysian law.

Interestingly enough, America also has certain laws in place that requires sellers to reveal that their property is haunted (or “emotionally defected”). Unfortunately, this is also not applicable in Malaysian law.

As you might know, there are many common links between Malaysian law and those in the UK and India; which is why Malaysian judges may use UK or Indian cases as a point of reference in court. However, there haven’t been any cases from these countries (that we could find, anyway) where a homeowner successfully sued on the basis that he was sold a haunted house.

So, just to give us a ghost of a chance of arguing this out, we looked into the American cases to see what basis of law they argued on, and how that may apply to us here in Malaysia. This pointed us to two laws:

Let’s look at breach of contract first, since it’s gonna be pretty brief.

This is where you argue that the seller breached the sale and purchase agreement for the house.

Usually, such an agreement will state that the house will be given to the buyer in good condition. So if there are physical defects (cracks, leaks, faulty fixtures, etc) – you probably can get compensation from the previous owner (seller).

However, unless you somehow convince the seller to include it in the contract, chances are pretty high that your agreement won’t mention that the house will be ghost free, so even if you manage to prove a haunting it wouldn’t be a breach of contract.

In other words, don’t get your hopes up looking for compensation because a poltergeist playing with your light switches wasn’t part of the contract. In effect, your chances are higher if you argue based on misrepresentation

They didn’t tell you the house has a dark history

While it’s hard to prove a haunted house, it’s a (somewhat) smaller stretch to prove that a house has a….. unclean history.

Misrepresentation is basically when someone tells you an untrue fact and it induces you to enter into the contract with them, covered under Section 18 of the Contracts Act. Malaysian law places a responsibility on sellers to disclose the correct facts about the house to buyers, because telling incorrect facts can result in a lawsuit.

That means that while a seller can say “no” when you ask if a house is haunted, it’s different if you ask if someone was murdered in the house, or if anyone had died in it. So if you bought a house and came across a newspaper report that an entire family was massacred there, chances are you might be able to sue the seller for misrepresentation (assuming you asked about people dying there in the first place).

However, the extent of  legal responsibility also depends on one crucial thing – who is making the statements to you. This is because the law is easier on a private owner selling a house, and stricter on realtors.

If you bought the house directly from the owner, the law of misrepresentation would not be as strict on him.

Essentially, an owner doesn’t have a duty to tell you everything about the house. This is based on an established legal principle called caveat emptor which translates to Let the Buyer Beware. The implication of this principle is that it’s up to you, the buyer, to protect yourself from risks.

In the case of Sykes v Taylor-Rose (2004), the house seller didn’t tell the buyer that the house was previously the scene of a gruesome murder. When the new owner sued him, the court agreed that the seller had the right to withhold that information, because it is the duty of the buyer to ask questions and not for the seller to tell the buyer everything.

In other words, if you don’t ask the uncomfortable questions; you have no one to blame but yourself when the walls start dripping blood.

However, this may be different when dealing with professionals.

Realtors are what most of us call “Property Agents” (although there’s actually a difference) – they are licensed and trained to sell or rent out houses on behalf of the owners. Because of their extra knowledge, they’re considered professionals and the law places a  greater responsibility as compared to Uncle Chong who puts his up for sale on Mudah.

Therefore, realtors must disclose certain facts, and they can’t stay silent about it.

There’s actually a Malaysian case that involved misrepresentation by a realtor, although unrelated to the paranormal. In the case of Nepline Sdn Bhd v Jones (1995), a company (Nepline) rented a property through a realtor (Jones). However, Jones failed to tell Nepline that the house they rented was about to be sold by a bank because the owner didn’t pay his bank loans.

So Nepline sued Jones for not telling them that crucial bit of information before they signed the contract. Here. the court stated there was a difference between a professional and a layman (or friends) giving advice. As a realtor (a professional), Jones was bound to to disclose important facts to Nepline and not stay silent about it. Here’s what the court said:

“I must admit that is a far cry from the facts in this case. Because, here, while I have no doubt that a fiduciary relationship between the Appellant (N) and the Respondent (Estate Agent J) did exist, what happened here was not an active misrepresentation, not even a careless mis-statement as in the Hedley Byrne case. Here, it was non-disclosure.
“This is not a case of a friend telling another friend that there is a house for rent. This is a case of a professional firm, holding out to be a professional with expertise in its field, earning its income as such professional. They know that people like N would act on their advice. Indeed, I have no doubt that they would hold out to be experts in the field and are reliable. It would be a sad day if the laws of this country recognise that such a firm, in that kind of relationship, owes no duty of care to its client yet may charge fees for their expert services.
“In the circumstances, I think I am fully justified in taking the view that J in this case owed a duty to N to disclose that there was a foreclosure proceeding pending. I think the provision of s. 3 of the Civil Law Act 1956, especially the proviso thereto, allows me to do so”. [emphasis added]

So TLDR, while a private home owner isn’t required to tell you certain facts about the house, a professional realtor would. But either way...

It’s not gonna be easy to prove a haunting

As mentioned, the points in this article are as hypothetical as the existence of the Babadook. Even if the points above give you the legal ground to start a lawsuit, it’s again going to be difficult to provide evidence of a haunting unless you somehow convince the supernatural entity in your house to testify as a witness in court. By which, you may as well ask it to pay rent.

So to avoid buying a haunted house in the first place, it might be better for you to do some research and ask not just the seller/agent/realtor about the history of the house; but the neighbors as well. There’s a chance they may know more, and be more willing to talk about it too.

In other words, it may be best to avoid putting yourself in this scenario in the first place regardless of the laws that are in place. After all, having certain rights doesn’t mean you need to exorcise them.