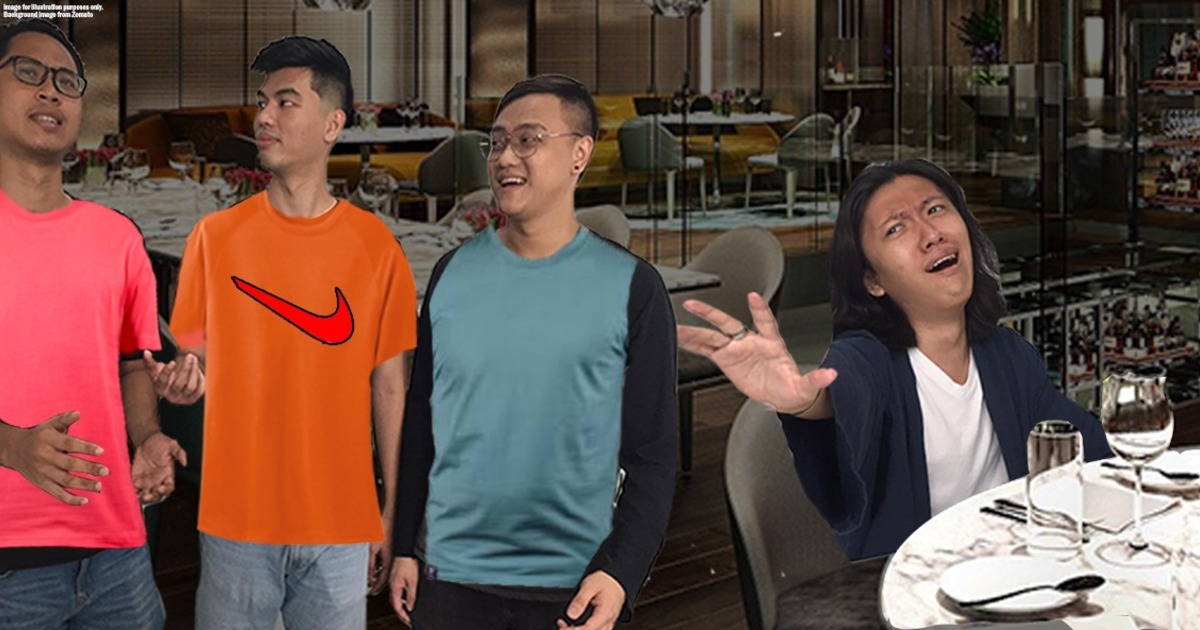 If your friends ditch you after eating in an 'atas' restaurant, do you pay the bill?

Imagine this: You get a phone call one morning from your long-lost high school friend—asking if you were free to meet up with some other friends. You realise it’s been so long since you went out with anyone (thanks to the pandemic), so you agree without hesitation!

Your friends decide to meet at this slightly atas restaurant in town, and everyone agrees to it, including you. The day finally came where it was all fun and games until...your “friends” started to leave one by one.

It was finally just you and that friend who invited you to meet up. Things started getting awkward and he managed to escape by telling you he needs to use the washroom, but he never came back. You waited for at least half an hour until the waiter approached with a 3-metre long paper, which carried a bill amounting to RM980! It finally hit you that you’re stuck with a hefty bill that was supposed to be shared between you and your friends.

Now this situation may be fictional in this article, but there may be some of you out there who have been ajak-ed to lepak by your friends and ended up paying the whole bill in the end. So in this situation, are you allowed to only pay for your share, or do you have to cover the whole bill?

It depends on the restaurant itself

There are no laws that specify who should pay the bill at the end of the day. But it is important to note that restaurants are private property and owners of private property can impose rules that they think are relevant to them. For instance, you can’t bring outside food to some restaurants. The restaurant can actually kick you out for doing so, because it is a rule they decided to follow.

[READ MORE: Can Malaysian restaurants legally stop you from bringing outside food?]

Similarly, when you enter their premise you’re bound by the restaurant rules and might have to pay for the entire bill before you leave. According to Ho Zhi Yee, a lawyer we spoke to for this article:

“The contract is between the 5 people (assuming [there were 5] adults and all have the capacity to enter contact) with the restaurant. If nobody pays, the restaurant can bring a claim for breach against all 5 people. And all will be equally liable for the sum.

But if everyone left the restaurant except one person, technically he can choose to pay only for his portion, but I doubt the restaurant owner will allow him to leave in reality...”— Ho Zhi Yee to Asklegal.

So Zhi Yee basically told us, that if everyone who ate together at the restaurant refused to pay—the restaurant can take action against them for breaking the contract. The contract we’re talking about in this situation is formed between the restaurant and the customer(s).

Under Section 13 of the Contracts Act 1950, when two people form a contract—which in this case is trading money for food—there must be something called consensus ad idem between them. In other words, this means that they agree on the same thing, with the same understanding. So in this case, the restaurant agrees to serve food, in return of payment for the meal.

[READ MORE: If you get overcharged for nasi campur, can you refuse to pay?]

But if only one person is left to pay the entire bill, he can only choose to pay for what he ate, and not for everyone else. But this would impose a risk to the restaurant—which is why that one last person left, will most likely pay for the entire bill before leaving.

So assuming you ended up paying the whole bill, what can you do about the money you never intended to spend on your so-called friends?

Settle it outside with your ‘buddies’ 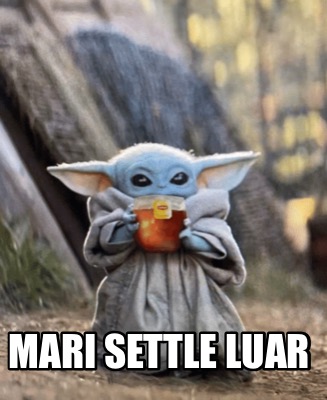 Okay don’t take this the wrong way when we say ‘settle outside’—because what we’re implying here is that you can go after your friends (legally) to get your money back. If you’ve exhausted all means of asking them for the money they owe you, you can consider taking things to the next step by…going to court!

We have something called the ‘Small claims procedure’ in Malaysia, which allows you to claim for anything less than RM5,000. The claim can be done by simply heading over to a local Magistrates Court and filling in Form 198—to begin the claim. You may consult a lawyer when filling up the form but take note, you are not allowed to be represented by a lawyer during the hearing. Basically, you will represent yourself under small claims procedures.

[READ MORE: If someone borrows money and doesn't pay you back, Malaysian law can help]

And yes, before you tell us this whole thing seems blown out of proportion just because your friends didn’t pay their share of the bill with you—we agree. But there have been cases of Malaysians spending exorbitantly on food with bills hitting a few thousand Ringgit!

So this fictional situation might just end up becoming reality, if your friends leave you to pay for the whole thing at the end of the meal. We also spoke to another lawyer, Teeruvarasu on what he thinks should be done if one were to be in this circumstance:

“It's uncommon for this type of case [to be brought to the courts]...unless if it's a substantial sum. However, at end of the day if he/she refuses to pay back, the only solution that you have is to unfriend him.” –Teeruvarasu to AskLegal.

If a group of you go out and ate for a few thousands, and they made you pay for it—perhaps you should consider looking into the legalities. But if it isn’t much, just settle it by talking to your friends or unfriend them on all social media platforms (as well as in real life) to avoid problems like this once and for all.