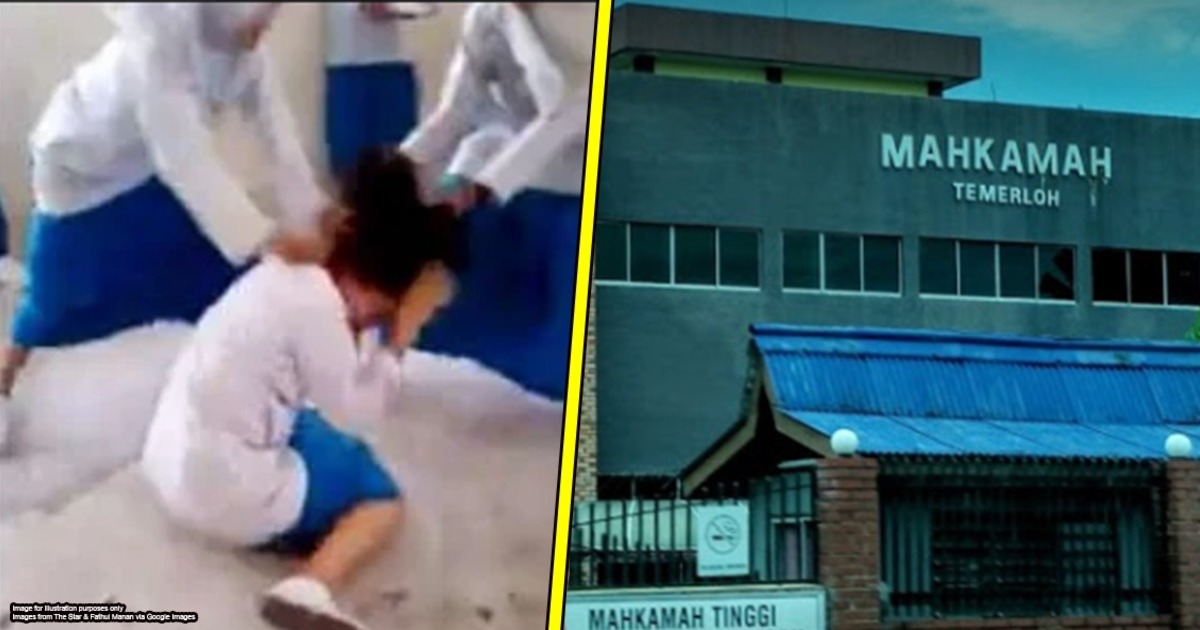 On 27th June 2020, The Star reported that a student was suing a few people, including her school, for a whopping RM2 million. She was said to have been severely bullied in 2019 by a classmate, and as a result, ended up being admitted in a psychiatric ward. The bullying is said to have taken a huge toll on her and so, on her behalf, her mother filed a case in the Temerloh High Court against:

Note: the mother is suing the bully’s father, because technically, minors can’t sue or be sued.

You might have a lot of questions at this point, like why is she suing for such a big sum, or why is she suing the principal and government instead of just the bully alone. We’ll explain these later in the article, but before that you should know that…

There are no laws against bullying

...not specifically, at least. We’ve written an article on this, which you can read here. But basically, bullying itself isn’t actually a crime in Malaysia until there’s physical harm or death, or a threat to safety involved. Only in those instances can a bully be charged with crimes such as physical intimidation, assault or even manslaughter. Children who do physically bully others can be tried in a special court for minors.

[READ MORE: Did you know Malaysia has a special court for CHILDREN who commit crimes?]

In this case, there has been no mention of a criminal case being filed against the alleged bully, and we only know that he is being sued for a civil wrong. Now, it doesn’t mean automatically mean that if someone can’t be punished under criminal law, they have to be sued instead. So, why is he being sued then?

As mentioned earlier, the victim’s mother said that as a result of the bullying, her daughter has been seeing a psychiatrist. She’s also been put under medication. Understandably, this would be a financial burden to the parents. Under civil law, you can claim damages (monetary compensation) from someone who has caused you harm. So, this is why the student through her mother, is suing the bully...through his father.

It would make sense for her to sue the bully as he had directly caused her harm. But why was she also suing the school?

The school is said to be responsible

So for the student to successfully sue the school, she’ll need to prove that:

As for why she’s suing the education health general and government of Malaysia, for now it is presumed that they also had a duty of care towards her, which they failed to fulfill. But whether she will be able to successfully sue them in court for negligence, is another thing.

Many others have sued their schools too

For now, this is all the information we have on this student’s case and we’ll update this article when a judgment is passed.

While a victim of bullying suing their school may sound new to you, this actually isn’t the first time this has happened. In 2017, a boy from Terengganu sued several parties as he had lost his hearing from all the physical bullying he had endured. He sued his 5 bullies, the school principal, the Malaysian government and two more people for RM2 million. The court ruled in his favour and granted him RM616,634 as compensation. Another father sued his son’s school and teacher, also in 2017, for being negligent when his son was bullied.

If you’re wondering why people sue for such large sums, its because in cases like this, the victim would have to bear the costs of therapy, medication, legal fees and so on.

While these people have taken their cases to court, we know that it isn’t always easy to speak up when one is bullied. If you or someone you know has been/is being bullied, you can reach out to the following channels for help: