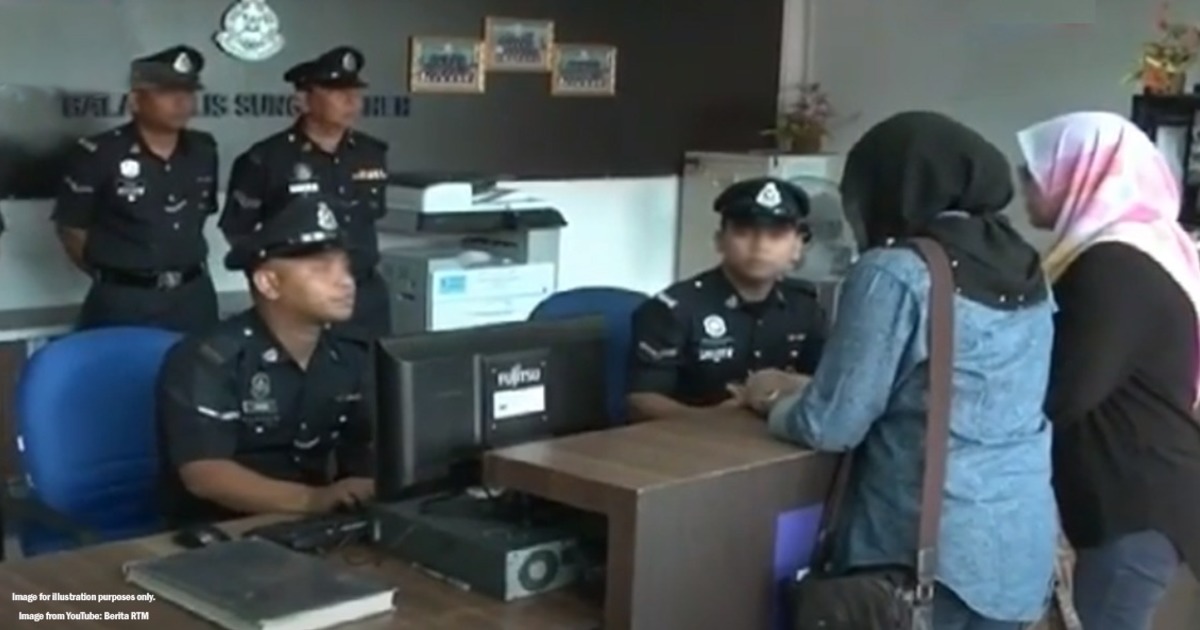 Here's how domestic abuse victims can report their abuser in Malaysia

We’re officially into Phase 3 of the MCO, which is reflecting other pressing problems we’re facing as a nation. One such problem is the rise of domestic abuse cases—where Talian Kasih observed a 57% increase in calls during the current MCO.

To briefly explain what Talian Kasih actually does, it’s a 24-hour hotline set up by the Ministry of Women, Family and Community Development—to help those struggling with emotional distress and social problems such as domestic violence.

So with the rise in the number of domestic abuse cases, let’s take a look at some of the pre-existing laws and aids available to those who need help, or know someone who does.

Now, if you’re thinking that the Act covers only married women who are abused by their husbands, this isn’t the case for the DVA. It includes all kinds of family relationships, regardless of gender.

The Act also describes what exactly domestic violence can be, under Section 2 of the Act. This includes acts where the victim suffers from financial loss, fears for their safety, property or a third party—in a state of distress.

The Act also includes any communication with the victim, with an intention to insult their modesty. In other words, if your spouse, or family member insults you through texts or even on Facebook, the law considers this as domestic violence. The punishments for domestic violence varies from jail term to fines—and this can even include offences punishable under the Penal Code.

[READ MORE: 5 loopholes that Malaysian domestic violence victims no longer have to worry about]

There are protections available to the victim

As clarified in the DVA, domestic violence doesn’t necessarily have to be physical harm. It can include emotional and financial distress too. Therefore, let’s take a look at 2 different domestic violence circumstances, and what you should do if you experience it.

1. If you need medical assistance

In the event you’re physically abused and need medical assistance, you should get examined in a hospital first. Government hospitals have emergency rooms known as the One Stop Crisis Centres (OSCC). Our friends at Cilisos wrote an article about the OSCC, which you can read about here.

Now the OSCC provides any sort of medical treatment—including emergency and trauma, psychiatric and gynaecology treatment. Medical evidence is also collected at the hospital, and victims can make a police report in the hospital itself. The police officer is then in-charge of all evidences and statements related to the abuse, and will file a case against the abuser if necessary.

2. If the domestic violence was not physical abuse

In this circumstance, you can report this to the police by either calling, or visiting the station. Provide the police with detailed information such as the date and time of the domestic violence. Your report can be made in either Bahasa Malaysia or English. When reporting, you can apply for temporary protection, aka the Interim Protection Order (IPO). The IPO is meant to restrain the abuser from using domestic violence against the victim—before a police investigation is carried out.

It basically provides temporary protection until further action can be taken against the abuser. The police officer will then give you a referral letter, which you need to take to the nearest Welfare Ministry office (Jabatan Kebajikan Masyarakat). The welfare officer will then accompany you to court to get the IPO. The procedure is rather straightforward and takes about a day to process the order.

Once a case has been taken against the abuser, the victim can choose to apply for a Protection Order (PO), as stated under Section 5 of the DVA 2017 amendments. The PO prohibits the abuser from being anywhere near the victim, and is restrained from entering the victim’s house, workplace or even school.

However, if the victim needs immediate protection from the abuser, the law also provides the emergency protection order ("EPO")—which can be obtained within 2 hours. The EPO acts as a temporary safeguard before applying for an IPO, and can be obtained via Talian Nur or visiting the nearest Welfare office. If the abuser goes against this EPO (with or without using violence), he or she can face a jail sentence of up to two years and/or fine of up to RM5,000.

So the victim does not need to head down to a police station to get the EPO, but can receive one from the welfare officer immediately. However, take note that the EPO only lasts for 7 days, and a police report must be done to receive an IPO for further protection.

Here are some organizations that can help

Since this MCO period has been extended until the end of April and mental health cases are expected to rise, here are certain measures you can take to curb any emotional distress and abuse you might be facing.

As we mentioned earlier, Talian Nur’s hotline (15999) is available 24/7 to report any case of domestic and social abuse. In addition to domestic violence, child abandonment and abuse cases can also be reported through this hotline.

PDRM is also lending a hand in curbing domestic violence via the Victim’s Care Centre under the criminal investigation department (D11)—for counseling services and professional care services for victims.