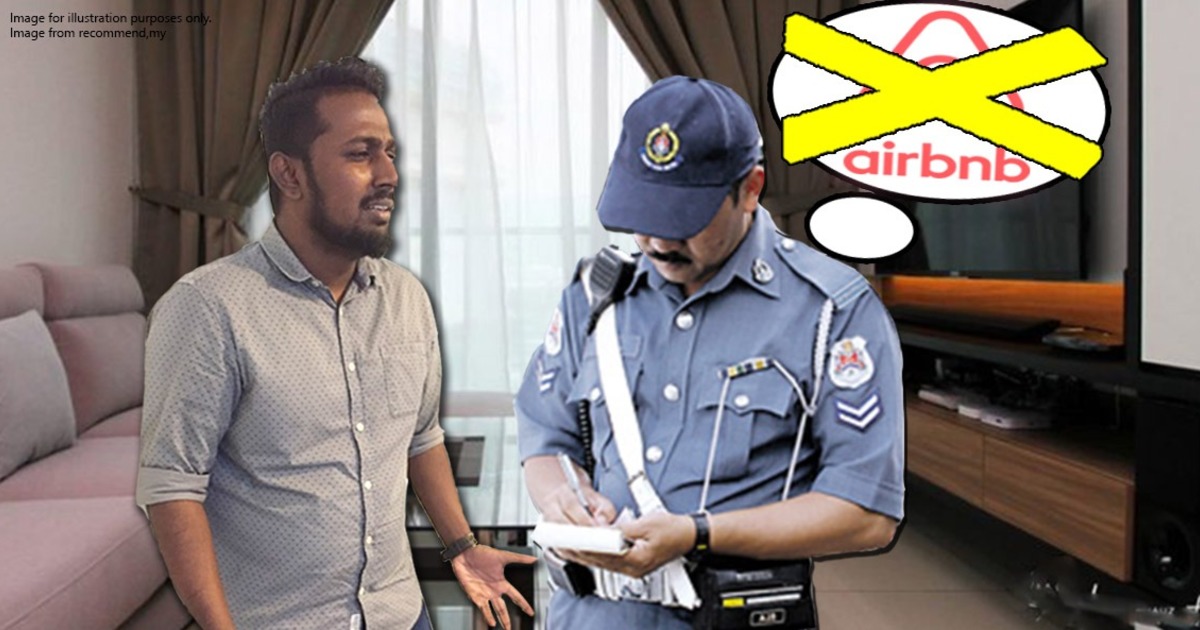 You might have heard of Airbnb or even tried it before. Airbnb is basically a site where people can list down their homes, and potential “lodgers” can book the property according to their needs during their short stay. The concept is similar to a hotel, but instead of booking just one room, you can now book an entire house or condo at an affordable price.

So, if you do have an extra house and want to make passive income out of it, we have good news...and bad news. The good news is, Airbnb is not illegal in Malaysia and you can always advertise your home on the site. However, the bad news here is your local authorities and condo management have the authority to fine you for running an Airbnb business.

But if it’s not illegal, why can the local authorities fine you for running an Airbnb?

Because Airbnb is only legal in some states

Let’s start with the bigger picture first. There are actually no specific laws in Malaysia in regard to Airbnb. However, the legality of Airbnb is explained by the Urban Wellbeing, Housing and Local Government Ministry, where Airbnb is said to be an online transaction and an agreement between a host and a traveller.

Basically, it is just an agreement between two parties who connected via a site and have mutually conformed to let out/rent the property for several days. But take note, although there are no Federal laws acting upon Airbnb, it is currently being regulated by the local government in each individual state.

For instance, the state government in Sabah has deemed all Airbnb units/homes to be illegal. The former Sabah Assistant Tourism, Culture and Environment Minister, Datuk Pang Yuk Ming states the following on the legality of Airbnb:

“Airbnb is (considered) a business, but if an apartment is built as residential property, it cannot be used for commercial purposes. Kota Kinabalu City Hall has taken the right step (to ban Airbnb),” – Datuk Pang Yuk Ming to New Straits Times.

So, the main reason behind this Airbnb ban in Sabah is to safeguard the hotel industry from the fast growing Airbnb. However, there have been recent talks by the state government where they’re reconsidering to draft guidelines for to regulate this new trend.

Although most states have not outrightly banned Airbnb, other local authorities across Malaysia have come with new ways to regulate short term rentals in Malaysia. DBKL for instance, encourages property owners to register their residential properties online.

If you’re planning to rent out your landed property for Airbnb purposes, registration is pretty straightforward – but if your house is a strata property...things might get slightly complicated. So, due to the mushrooming of condominiums all across Klang Valley, DBKL delegated its powers to residential managements when it comes to regulations – particularly for strata properties (like condos and apartments).

[READ MORE: The difference between strata title vs individual title]

If you own a condo unit and think that you have all the right over your property...think again. Despite owning the unit, you will be bound to certain “house rules” that are fixed by the condo management.

All condominiums, apartments and gated communities have strata laws acting upon them – which gives power to the management to set certain rules and regulations on the property owners. This is because strata properties normally come with common facilities such as swimming pools, clubhouses and a gym which is shared by all the residents in the building.

Besides the delegated powers from local authorities, the condo management’s power is also stated under Section 32(3) of the Strata Management Act 2013:

“A joint management body may, by special resolution, make additional by-laws or make amendments to such additional by-laws not inconsistent with the by-laws prescribed by the regulations...for regulating the control, management, administration, use and enjoyment of the building or land intended for subdivision into parcels and the common property...”

As we mentioned earlier, DBKL has delegated its powers to condo managements to regulate by-laws. But since the powers are also mentioned here in this Act – even if you lived anywhere else besides KL, the law still applies to you. So basically, your condo management has the right to make these by-laws (internal regulations) to stop owners from converting their unit into an Airbnb.

But how exactly can they impose these rules to the owners of the units?

Besides being able to impose by-laws, the management also has the authority to impose fines on owners who break any of the by-laws made by the management. This is stated under Section 32(3)(i) of the Act as follows:

“Imposition of fine not exceeding two hundred ringgit against any parcel owner, occupant or invitee who is in breach of any of the by-laws”

Based on the Act, the condo management has the right to fine the host or the guest not more than RM200 for breaking the by-laws.

Now, here’s an interesting fact about the law – it allows the management to fine you ONLY ONCE for the offence. This was found in the case of Verve Suites Mont’ Kiara Management Corp v Salil & Ors. The court here clarified that the condo management cannot fine the unit owners on a daily basis for any breach of the by-laws.

So, let’s say you let your condo out for an AirBnb rental for 3 days, despite knowing about the prohibition on AirBnb. Your condo management committee finds out and fines you RM200 per day, over the course of 3 days. If this happens, then the management is at fault for exceeding the maximum fine amount that has been imposed by the law.

Some of you might now take this as an opportunity to game the system and cover the cost of the fine by bringing guests over to rent your place via Airbnb. If you were cunning enough to think this way, you should know that the court can stop you from doing so (by giving an injunction) which might prohibit you from operating the Airbnb for at least 7 days – that was basically the judgement given by the court in this case.

So, perhaps the best thing to do is to check with your local council and the condo management first before you convert your unit into an Airbnb. But if it’s all good on their side, good luck in starting your new venture as an Airbnb host in Malaysia!