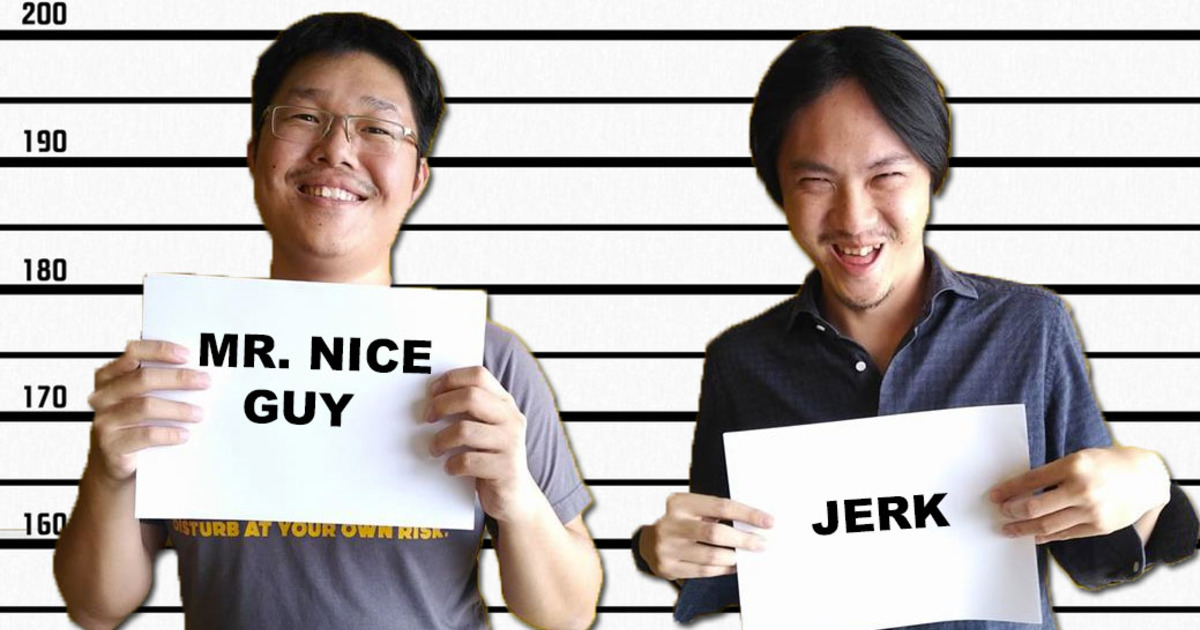 If you're a Mr Nice Guy will you get a lighter sentence in Malaysian courts?

Imagine that you are looking around in a major clothing store. Out of the corner of your eye you see a sweater that you fancy. After trying it out for size, you decide that you will buy it, and you proceed to pay for it. Then, as you are walking out the entrance of the shop, the theft alarm sounds and the security guard stops you. You let the guard check your paper bag, but lo and behold, he finds another item that was not paid for in the bag. You didn’t steal that item, though, you genuinely have no idea how it got there.

One thing leads to another, and you end up in court, charged with theft. The prosecutor brings in evidence to show that you were known to have taken things without their owners’ permission when you were a young child. What was the prosecutor doing?

This article will go on to try to explain how character evidence works in civil and criminal cases, and how relevant they are. The law of evidence is based on concepts such as relevancy and weight of evidence, but those concepts won’t be covered in this article. They will, however, be covered in a separate future article, so please look forward to it.

Having said that, what does character mean?

The legal meaning of “character” is not what we think

TL;DR: Character is a person’s reputation (what the community thinks of him) PLUS his disposition (his inherent nature, known to people who are closer to him).

The legal definition of the word “character” is provided under the explanations of section 55 of the Evidence Act 1950.

The case of Harbhajan Singh v State of Punjab goes on to explain that reputation is the finalized opinion of a person by the community, which takes time to form.

Now that we know what character means, can character evidence be admitted in civil and criminal cases? Lets take a look at civil cases first.

They’re only relevant in certain civil cases (aka lawsuits)

The rules on whether character evidence is relevant in civil cases are provided in Sections 52 and 55 of the Evidence Act.

Section 52 of the Evidence Act:

In civil cases the fact that the character of any person concerned is such as to render probable or improbable any conduct imputed to him is irrelevant, except so far as his character appears from facts otherwise relevant.

Section 55 of the Evidence Act:

In civil cases the fact that the character of any person is such as to affect the amount of damages which he ought to receive is relevant.

Ah Chong sues Muthu for damages, and the it was judged that both sides were contributorily negligent. The judge in the end decides to award less damages to Ah Chong because there is character evidence to show that he was known to be a very aggressive driver. Contributory negligence is when the victim in a tort action was also partly at fault. Read more on contributory negligence here!

Is character evidence relevant in criminal cases, though?

TL;DR: Character isn’t really that relevant in criminal proceedings as well, except in specific circumstances.

The area of character evidence in criminal cases gets very complex, so we’ll try to give an overview of how it works.

In criminal proceedings, in relatively rare occasions, your character can be called into question, and is specifically classified as good and bad character. For good character, its relevancy is set out in Section 53 of the Evidence Act:

In criminal proceedings the fact that the person accused is of a good character is relevant.

Even though the section provides that good character can be relevant in criminal cases, subsequent court cases such as Bagwan Swarup v State of Maharashta:

But, in any case, the character evidence is very weak evidence; it cannot outweigh the positive evidence in regard to the guilt of a person.

Now, the relevancy of bad character is provided under section 54 of the Evidence Act.

Section 54 of the Evidence Act:

54. (1) In criminal proceedings the fact that the accused person has a bad character is irrelevant, unless evidence has been given that he has a good character, in which case it becomes relevant.

How does that work? A practical example would be: Person A is the accused in court. Person A then gives evidence that he is known as a good father. The prosecution may now then bring in evidence to show that person A has been known to physically beat his children, to try to negate (counter) the claim that he is a good father.

We know that part was confusing, so a to make it digestible:

If the defence does not present good character, the law gives them a shield against bad character evidence by the prosecution

If the defence does present good character, shield is now broken, prosecution can bring in bad character evidence

This is provided by Section 54(1) of the Evidence Act

So no, you won’t really do worse in Malaysian courts if you have a bad personality

The function of the courts is to look at the facts of the case, the evidence presented, the laws involved and decide on the case. They’re not really supposed to judge whether you’re a “good” or a “bad” person, so you can be the biggest jerk in the world but if you don’t break the law, your character doesn’t matter. So… being a Mr. Nice Guy doesn’t hurt, but it won’t help you substantially in court either.

To recap, even though there are very specific exceptions, you won’t do worse in courts if you’re known to be a grumpy, foul-mouthed person. But this doesn’t give you an excuse to be a rude in court – that’s a whole different matter altogether!