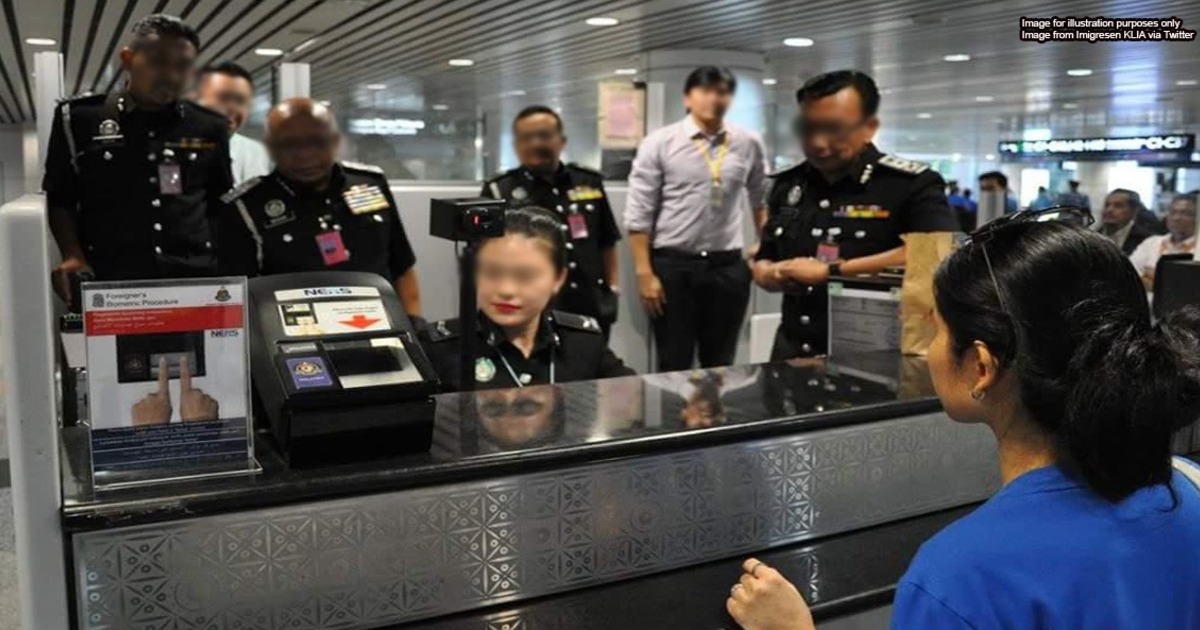 6 reasons Malaysians can be stopped from leaving the country

You’re waiting in the Immigration queue at KLIA, and in just 2 hours, you’ll be off for your holiday to the Maldives. You’re so excited, that you can’t wait to be cleared by Immigration and be at your boarding gate. The queue is moving pretty fast, and before you know it, it’s your turn to have your passport scanned and stamped.

You may not have gone through something like this, but it’s something that can happen to anyone. Before we get into the reasons why you can be barred from leaving Malaysia, it’s important for you to know that…

You can be stopped without being given a reason

The officer at the Immigration checkpoint is actually not obliged to tell you why you were stopped from leaving. You can, of course, ask for a reason, but they are not bound by any law to tell you exactly why you’ve not be allowed to leave. In a 2016 article by Malay Mail, the then Deputy Home Minister Datuk Nur Jazlan was quoted saying:

"We have the power to bar anyone from leaving the country. It’s the power given to the Immigration; we don’t need to explain why,"

He also went on to say that it is the Immigration Act 1959/63 that gives them the power to stop someone from leaving Malaysia. While this ‘power’ may seem pretty harsh, the good news is that you can challenge or appeal the decision to ban your departure from Malaysia, and this was confirmed by Datuk Sakib Kusmi when he was the Immigration Director General in 2016.

Now that you know this basic rule on barring Malaysians from leaving the country, here are some reasons you can be stopped in the first place.

1. You didn’t pay your taxes

Interestingly, it IS tax season as we write this article. For first-timers, filing taxes can be pretty daunting. According to Lembaga Hasil Dalam Negeri (LHDN), the body responsible for taxes, many Malaysians aren’t fully aware of how taxes work, or they don’t know what they can get taxed for. And this doesn’t only happen to those filing taxes for the first time. This may lead to many Malaysians filing their taxes incorrectly or not paying taxes at all. LHDN said that in 2018, a whopping 80,000 people had failed to pay their taxes for that year, and this is actually an offence under Section 114 of the Income Tax Act 1967. But Section 104 of the Act also says:

This means that if you don’t pay your taxes, a certificate that shows how much you owe can be issued against you, and this very certificate can be used to prevent you from leaving the country. But if you still try and leave the country, Section 115 of the Act says that you can be fined anywhere from RM200 to RM20,000 or be jailed up to 6 months, or receive both penalties.

So, we now know that not paying your taxes and then trying to leave the country before paying your dues are both offences. And speaking of offences, having committed a crime in the past can also be a reason to stop you from leaving the country.

2. You have a criminal record… or you’re out on bail

Before we get into this, let’s draw a distinction between being out on bail and already having a criminal record. When you’re on bail, there’s an ongoing case against you, for which you’ll have to go to court whenever needed. On the other hand, if you have a criminal record, it means that you’ve done something in the past which you’ve already been penalized for.

If you’re out on bail, you would not be allowed to leave the country until that ongoing case against you has been closed. A restriction like this is important, because In some cases, people try to escape to a different country instead of appearing in court.

[READ MORE: What's life REALLY like when you're out on bail in Malaysia?]

But even if you have already done your time, or paid the fine (depending on what kind of crime/offence it was), there can still be a restriction on you leaving the country. For example, if you’re on parole (you’re released earlier than the actual date due to good behaviour), PDRM or the court can still order you to remain in the country until a certain time.

3. You’ve broken the law in another country

This point is a little bit different because it doesn’t involve you doing something illegal in Malaysia, rather it’s you being penalized for doing something illegal overseas as a Malaysian. So, in 2016, the then Immigration Director General said that even those who had overstayed their work visas overseas or committed a crime abroad would be prevented from leaving the country again as soon as they return to Malaysia.

Regardless of whether they were deported back to Malaysia or whether they returned on their own, any bad record against them in another country would mean that would be barred from leaving Malaysia for 2 years.

If you are declared bankrupt, it means you have debts of at least RM50,000 and you’re unable to pay them. Either you can file a petition to the court to be declared bankrupt, or someone else who has lent you money can file this petition. The effect of this would be that you would have some relief from your debt, so you would not be hounded to pay them off immediately.

However, another effect of being declared bankrupt is that you would be blacklisted for several things. One of them would be a ban on getting financial help from banks. But, besides that, you would also be banned from leaving the country until you are officially no longer a bankrupt. So, after you’ve managed to pay off some of the debts and loans (if any), you will have to wait for some time before applying to be removed from the bankrupt list. Only once this is approved can you freely travel overseas again.

Speaking of loans, failing to pay your PTPTN loans back used to be a reason to ban Malaysians from leaving the country, but this was removed in 2018.

In 2016, the Immigration Department said that insulting the ruling government was also a reason you could be disallowed from leaving the country. According to them, if you are found guilty of this, you can be barred from leaving for 3 years. And if you insult the government while you’re overseas, the 3-year ban would start from the time you return to the country.

The Immigration Department also said that it doesn’t matter what medium you use, be it in person or through social media, or anything else, you could be guilty of this as long as some ridicule towards the government was made.

As we mentioned earlier, there is no exhaustive list of reasons as to why you can be barred from exiting Malaysia. But almost always, it will involve public policy, which means that the Immigration would do what is in the best interest of Malaysians and their safety.

So, your passport can also be held back for other reasons that you might not hear of often. Some of them include travelling to Israel without permission, as well as losing your passport more than three times in a span of five years. In the case of the second example, you will only be issued a new passport after 2 years.

You might not know whether you have been barred from leaving Malaysia until you reach Immigration, at which point it would be too late to make any changes to your plans. To make things easier, Jabatan Imigresen Malaysia allows you to check to see if there are any travel restrictions on you on their website. You can access the form here, and all you need to do is input your IC number to know if you can still go for that holiday to the Maldives.