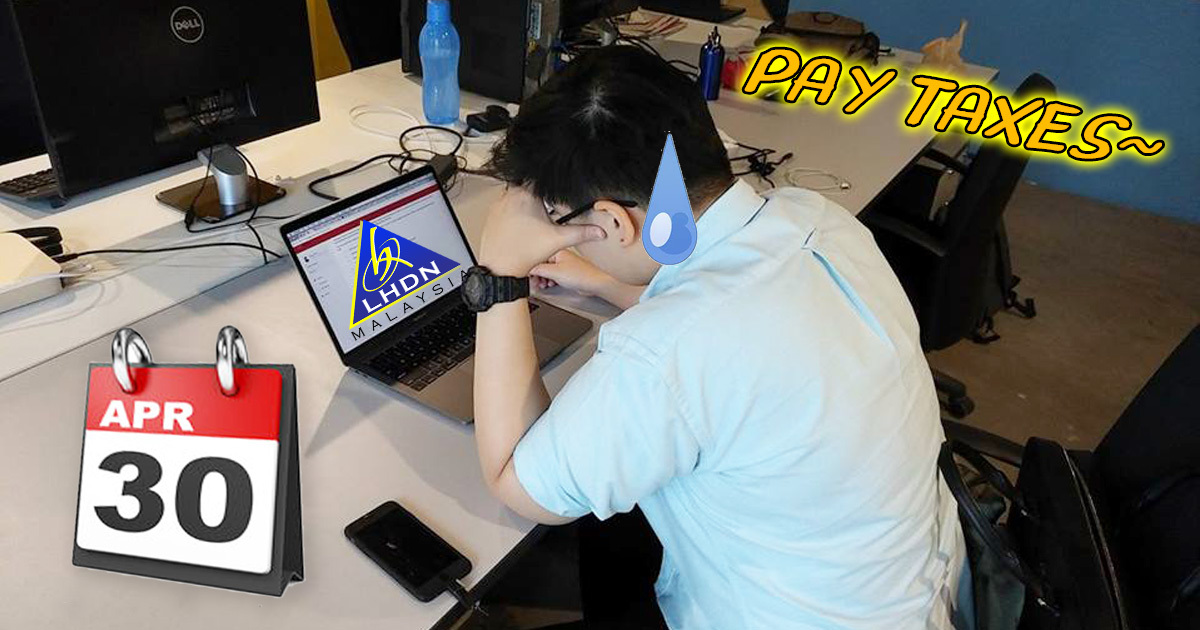 There were news reports from 2017 that a lot of Malaysian celebrities were not paying their income taxes. This is despite them earning millions of ringgit, and the tax authorities were investigating them to take further action. Whether you’re a hotshot celebrity or a regular citizen, evading tax is a big deal in many countries. It’s one of the last things you want to get caught for because the penalties can quite literally destroy you financially.

The details of tax laws can change from year to year, and you don’t want a government official knocking on your door years later claiming you didn’t do what you were supposed to. You can avoid such issues by simply contacting your nearest Lembaga Hasil Dalaman Negeri (LHDN) branch to clarify anything you don’t fully understand. But to help you get started on that, here are 5 common tax offences in Malaysia and how to avoid them.

If a friend or family member is asking you for tax advice that you’re not sure of the answers to, you might want to just direct them to the LHDN, or a qualified professional if their taxes are complex. Section 114(1A) makes it an offence for a person to advise another person on tax if it results in them underdeclaring their taxes. Unless you can prove that you took reasonable care to make sure that your advice was solid and accurate, you could be fined RM200-RM20,000 and/or jailed for up to 3 years.

Section 114(1A) - Income Tax Act 1967 (in part)
“Any person who assists in, or advises with respect to, the preparation of any return where the return results in an understatement of the liability for tax of another person shall, unless he satisfies the court that the assistance or advice was given with reasonable care, be guilty of an offence…”

This law actually applies more to professionals who deal with tax such as accountants and tax lawyers, but if you’re telling your friend to leave their freelance income out of their tax return then you could be scooped up under this law.

2. Not submitting your tax return form

You might already know that you need to submit your tax return to the LHDN by 30th April each year (30th June for those who carry out a business). This is written in Section 77(1) of the Income Tax Act 1967. But if you don’t earn enough to be taxed, should you still submit your tax returns?

To set aside your concerns, the answer is that you only need to file a return if you have income that can be taxed (“chargeable income”). So yes, if you’ve never filed a tax return before, and you don’t earn enough to be taxed, you’re not required to submit your tax return. If you’ve already been filing returns, then you should continue doing so even if you’re not paying any tax, or if you took a paycut and don’t earn enough to pay tax.

This is so you don’t suddenly fall off the grid, which could put you in a high risk profile for tax evasion. And that could make you a candidate for a tax audit to verify your tax returns. According to LHDN, you can be audited for up to 5 years of assessment, and there is no time limit on the audit if there is fraud or tax evasion, so you’ll want to make sure your tax accounts are in order.

3. Lying about how much you earn

This is a pretty straightforward tax offence - you’re evading tax by underdeclaring how much you earn. Section 113(1) of the Income Tax Act states that:

Unless you made an honest mistake, giving incorrect information about your income can earn you RM1,000 to RM10,000 in fines plus 200% of the undercharged tax. You can also be asked to pay just the undercharged amount if no criminal proceedings are taken against you, but why take the chances, right?

There’s a common misconception that full time freelancers don’t have to pay tax or declare their income. But in fact, yes they do. They are technically self-employed and still pay tax under our laws whether or not they’ve set up a business for themselves. Freelancers may enjoy different tax laws such as a lower rate for any royalties they earn, and any income they receive working overseas is 100% exempt from Malaysian income tax (we’ll cover more exemptions in a future article). For more information on how freelancers should file their taxes, check out this article by RinggitPlus or contact your local LHDN branch for more information.

4. Not paying your taxes

An obvious tax offence but one worth mentioning because you can be barred from leaving the country for it. Under Section 114 of the Income Tax Act 1967, evading taxes under any of the listed methods is an offence punishable by a fine of RM1,000 to RM20,000 in addition to 300% of the tax you tried to avoid paying.

As for stopping you from setting foot outside Malaysia, under Section 104, the Director General of the LHDN can also issue a certificate to any Commissioner of Police or Director of Immigration with your details and the details of any taxes you owe - and you can be prevented from leaving Malaysia until all your tax debts have been settled. If this certificate has been issued, it’s a crime to try and leave Malaysia without paying your taxes off under Section 115, which carries a punishment of RM200 to RM20,000 in fines, and/or up to 6 months in jail.

Apart from the extreme case of outright tax evasion above, you’ll want to make sure you pay your taxes on time to avoid penalty charges (30th April for non-business income and 30th June for business income). Section 103(1) says that any tax due should be paid on time whether or not you are appealing against the tax calculations (if there is a dispute). Section 103(3) goes on to say that the unpaid amount on the due date will be charged an extra 10%. On top of that, if that increased tax is not settled within 60 days, you’ll get another 5% slapped on according to Section 103(4).

But let’s say you’re having trouble paying that tax off on time, you can actually request to pay your taxes by installment which is allowed under Section 107B. Contact your LHDN branch where you physical file is maintained to file an appeal. You should do this as soon as you can because a late payment penalty will still be imposed if you don’t make the required payment on time.

The law actually puts a duty on us to keep documents that affect our chargeable income. Section 82A(1) and (2) of the Income Tax Act actually require us to keep those documents for at least 7 years, and it applies whether or not we’re paying taxes - at the very least, you’re keeping proof that your chargeable income is not high enough to be taxed.

These documents are defined as your statements of income and expenditure, as well as any invoices, vouchers, receipts, and any other documents that can verify the details of your tax returns. Section 82A(4) requires you to keep any electronic records in a readily accessible format and convertible to writing (basically if you can print it - it’s fine); and you should also keep the hard copy of any manual form documents you store electronically (you might want to make photocopies of them as well since the ink fades over time).

Not keeping this 7 year paper record is a recognized criminal offence under Section 119A, which can result in a fine of RM300-RM10,000 and/or up to 1 year in jail. You might want to just keep your documents for as long as possible just in case you made a mistake somewhere down the line. Because under Section 122, certain tax offences can be pursued for up to 12 years, and for some other offences, there might not be a time limit for how far in the future the tax officials can come after you. If that scenario really happens, at least you’ll have a way to show you made an honest mistake.

There are a lot of tax reliefs for the Malaysian citizen which will reduce the amount of tax you’re liable to pay. File for the categories you’re eligible for that year, and hold on to the receipts as proof.

If one thing is certain, it’s taxes

Whatever the country you live in, there’s always taxes to pay to help keep the government running. Income taxes in Malaysia are actually structured as a progressive system. This means that only income above certain numbers are taxed at a higher rate, which makes it a lot more flexible than a flat bracket rate. To illustrate, Malaysians pay 0% tax on the first RM5,000 they earn for the year (NOT per month), 1% on the next RM15,000 they earn, and 5% on the next RM15,000, and so on.

Again, if you have any burning questions about tax in Malaysia, contact the LHDN and they’ll help you out.