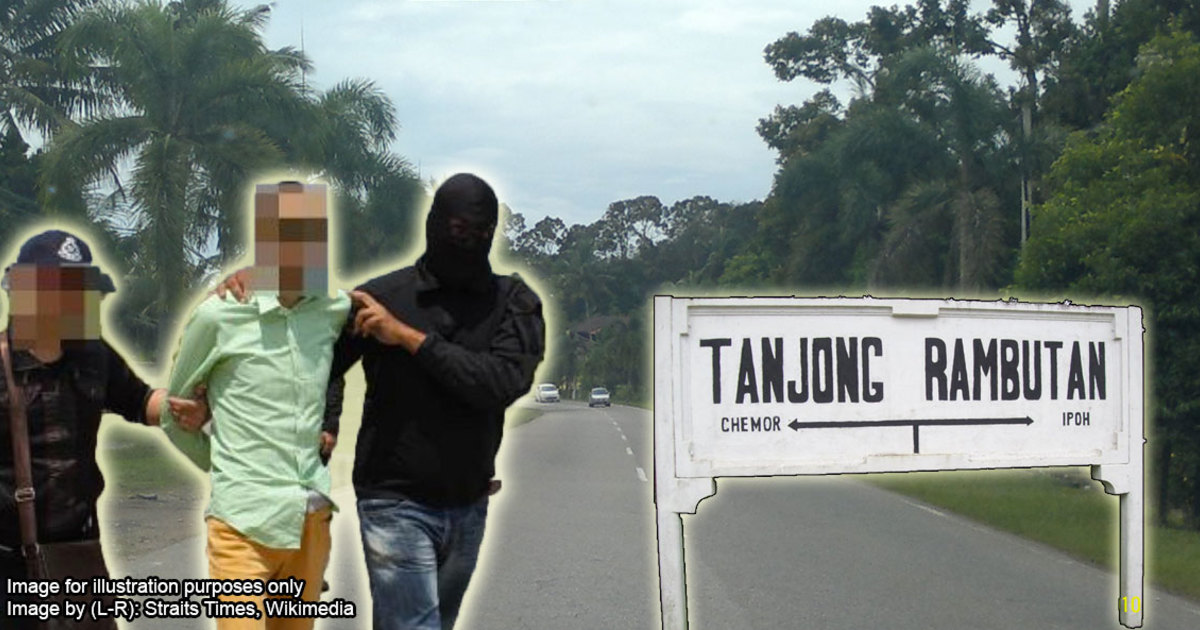 In Malaysia, "insanity" is not the best excuse for a crime. Here's why.

Imagine you have a colleague at work who’s super annoying. This guy’s the worst, right? So one day you happened to watch Primal Fear on HBO and think to yourself, “Hey, I can kill him and pretend to be insane!”

Now, will that really work in real life, or at least in Malaysia?

As it turns out, Malaysian law does recognize insanity as a defense in court, not just for murder but for other crimes as well. We’ll get into the details of these later, but let’s first look into how this law came about...

In 1843, a crazy dude tried to assassinate the British Prime Minister

As with many of our laws, Malaysia got its rules on the defence of insanity from an English landmark case of M’Naghten (pronounced McNuggets – really!).

Long story short, this guy Daniel M’Naghten tried to assassinate the then Prime Minister of England, Robert Peel in 1843. He didn’t manage to do that, but instead murdered the secretary to the Prime Minister, Edward Drummond, by “mistake”.

In court, McNuggets claimed he was suffering from persecutory delusions (which means he kept feeling that something bad was going to happen to him) and felt compelled to assassinate the Prime Minister. Medical experts determined that his delusions broke down his sense of morals and drastically reduced his sense of self-control. The jury eventually came to the conclusion that he couldn’t be held responsible for the murder he committed, and he was acquitted of all charges.

Going back to the rules, the case states:

that every man is to be presumed to be sane, and ... that to establish a defense on the ground of insanity, it must be clearly proved that, at the time of the committing of the act, the party accused was laboring under such a defect of reason, from disease of the mind, as not to know the nature and quality of the act he was doing; or if he did know it, that he did not know he was doing what was wrong.

Leaving out the specifics, what the rules came down to was: If the accused was insane at the time the crime was committed, they can’t be guilty of the crime. Of course, there is more to the rules in M’Naghten that just that, but that forms the basis for what’s called an “insanity plea” in Malaysia, except...

“Unsoundness of mind” is the legal term for insanity in Malaysia

What we didn’t take from the UK was the word “insanity”. We instead called it “unsoundness of mind”, because it obviously sounds more classy.

But what does “unsoundness of mind” itself actually mean? There’s no special definition for unsoundness of mind itself because the courts determine whether the accused is unsound of mind/insane. Of course, the courts will take into account medical reports and opinions from medical experts, but the final decision lies with them. For the sake of convenience, we’re gonna refer to unsoundness of mind as insanity.

This criminal defence is provided under section 84 of the Penal Code:

84. Nothing is an offence which is done by a person who, at the time of doing it, by reason of unsoundness of mind, is incapable of knowing the nature of the act, or that he is doing what is either wrong or contrary to law.

The TL;DR of this is that:

Then there’s the issue of going to court. If the accused is sane, there’s no problem since they are coherent enough to comprehend the trial proceedings. If they are insane from the start, they are then sent to a psychiatric institution for evaluation. These procedures are given under section 342 of the Criminal Procedure Code 2012. If indeed found to be unable to stand trial after evaluation, can, depending on the severity of the crime:

It’s important to remember here that section 342 to 344 pertaining to fitness to plead (whether they’re mentally fit to stand trial) is not a defence, and a Judge or Magistrate may make the orders under these sections to send someone to a psych ward.

Many people have the impression that “insanity” is that the typical insane person exhibits the symptoms of visual or auditory hallucinations (seeing or hearing things that aren’t there, talking to invisible people), and ranting and raving at people. These are classic stereotypes that can be obviously observed, but there are also situations where a person could have committed a crime because of a medical condition and not remembered it.

Automatism causes a person to act out in an involuntary and/or unconscious manner and is classified under Section 84’s insanity defence. This is especially apparent when people say they “black-out” when they were committing the crime. For example, in the case of Sinnasamy v PP, Sinnasamy claimed that he murdered his daughter by accident when he was having an epileptic episode. Doctors in this case unanimously agreed that a person is not conscious during an epileptic attack, and thus would satisfy section 84’s requirements.

Another example would be the case of Kenneth Lee Fook Mun, who shot and killed a lady he didn’t know at a petrol station. He claimed that his hypoglycemia (low blood sugar) caused him to lose consciousness, and that he killed the lady while in this state.

In both cases, the argument of automatism was brought up as a defence in court but the outcome wasn’t exactly favorable for Sinnasamy and Kenneth, because...

Yes, you can claim that you’re insane, but it’s not easy to succeed

Realistically, the defence of insanity can be raised for any crime that requires mens rea (the intention and knowledge that you’re committing a crime), including but not limited to: assault, causing a traffic accident and public nuisance.

In the English case of Hill v Baxter, the defendant (Baxter) claimed that he could not remember anything between an early point of the journey till he met with an accident. Baxter was found guilty of causing the accident, and his defence of automatism failed because he was found to be conscious during the accident. The court said that automatism is still a valid criminal defence even though it didn’t work for Baxter’s case.

So, this kind of hints at what happened in the cases of Sinnasamy and Kenneth mentioned earlier – they were found guilty of their respective crimes despite their defense being valid in the eyes of the law. In Sinnasamy’s case, despite actually having epilepsy, the depth and tracks of the wounds on the murder victim revealed that Sinnasamy had to be conscious at the time of the murder to have inflicted such wounds; while in Kenneth’s case, despite actually suffering from hypoglycemia, the court also determined that he was in control of his actions when he shot the woman.

So long story short, while you CAN use insanity as a plea in court, it’s not all that easy to succeed in this defence.