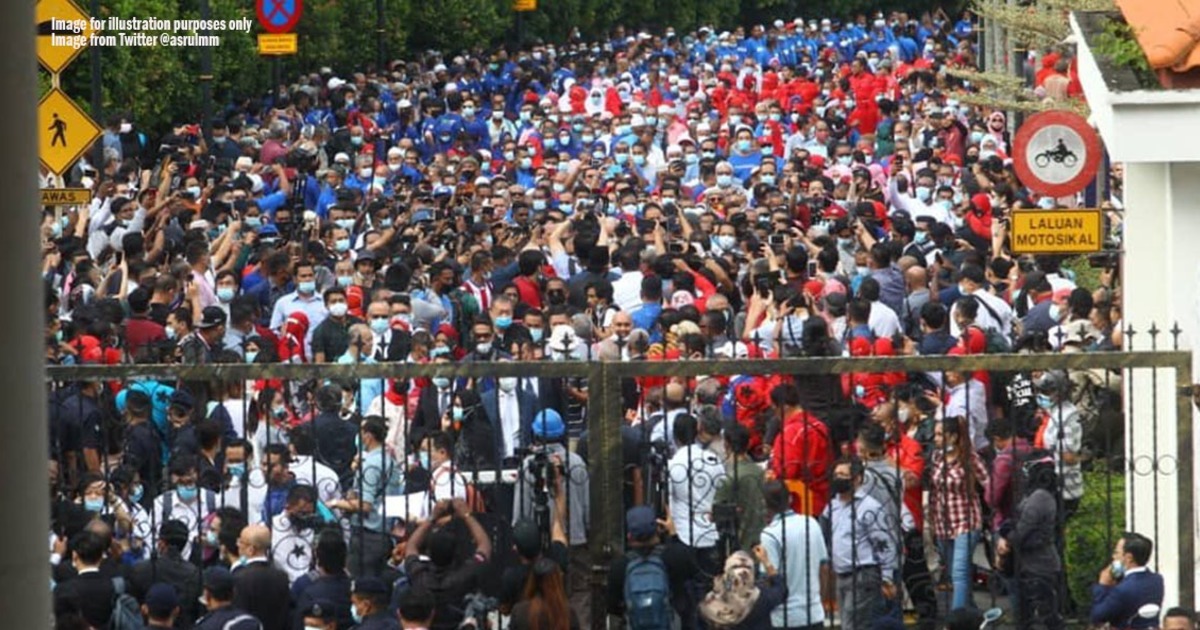 What is considered an 'illegal gathering' under the RMCO?

News on the former PM made the headlines on Tuesday, when he was found guilty for all 7 counts involving SRC International, a subsidiary of 1MDB. Now, Najib’s case isn’t the only thing that got us all hooked to our phones for information, as images of Najib’s supporters flooding the Kuala Lumpur Court Complex, was also a highlight from the case.

In fact, this is how we assume Dr Noor Hisham looked like when he saw the images: 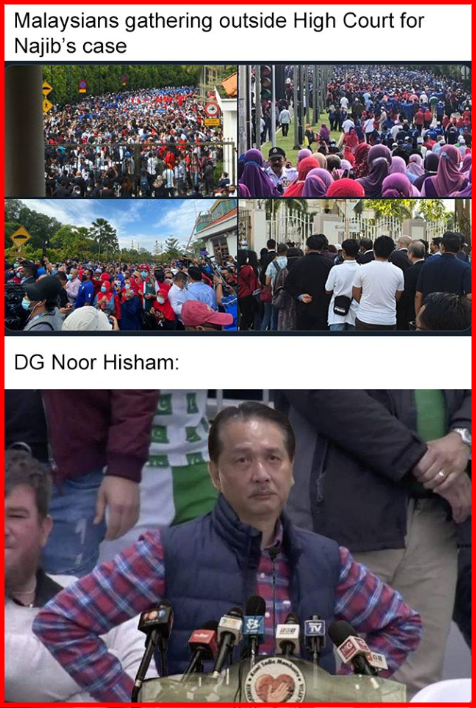 So here’s one question we repeatedly got from our readers when we posted that meme above: Was the gathering in support of Najib violating the RMCO?

Well, we checked with the National Security Council, or better known Majlis Keselamatan Negara (MKN) and here’s what they told us:

We called up MKN, to check if the SOP was actually breached by the public, when they gathered at the court today. The spokesperson clarified this matter to us:

The spokesperson basically told us that any gathering which did not comply with the SOPs during the Recovery Movement Control Order (RMCO), is considered illegal and those who were a part of the gathering can be punished for it.

And since this happened in a public place, specifically in front of the Kuala Lumpur High Court, we wondered if any action can be taken against them—as the gathering was done in a rather, open space.

The spokesperson went on to tell us that the PDRM and local council of the area have the authority to fine/arrest those who don’t comply with the SOPs. So far, there’s no news on whether anyone was fined for the gathering during Najib’s case, but the Asst Commissioner of Sentul clarified that the situation was under control and the supporters of the ex-PM were warned to comply with the SOP. Those who violated the MCO will also be fined if they didn’t follow the standard operating procedures.

As the SOPs have been constantly changing based on the number of COVID-19 cases, we’ll show you the latest update on the SOP during the RMCO.

Here’s what you CANNOT do during the RMCO

If you needed a reminder, or didn’t know what exactly are the current SOPs, this list made by the Ministry of Health can clarify it:

So based on the list above, gatherings attended by many people—which prevent social distancing and cannot be handled by the authorities are forbidden during the RMCO. The punishment for violating the SOP includes getting fined or arrested by the authorities.

The sudden spike in cases on Tuesday (where 39 cases were detected) is pretty worrying as the government is considering to reinforce the MCO, if the cases hit 3-digits. Perhaps the best (or rather, the only) thing we can do right now, is comply with the current SOPs to avoid further spread of the infection.