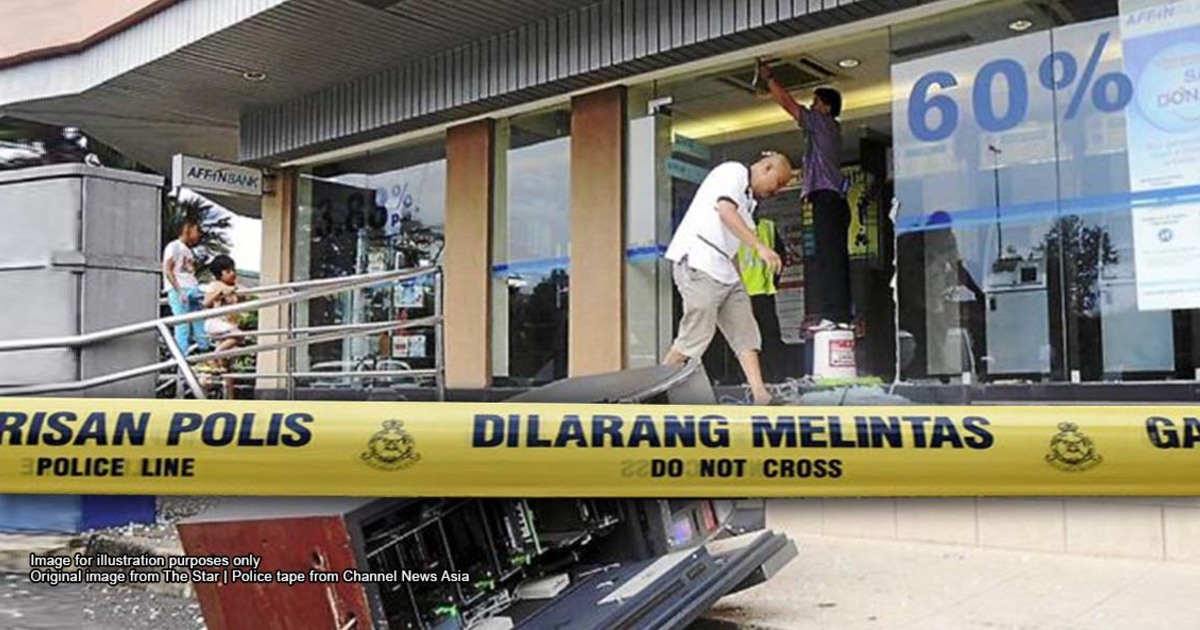 What happens to your money if a Malaysian bank goes bankrupt?

While banks generally don’t collapse after getting robbed, the scarier scenario is when a bank goes bank..rupt. And while this is a remote possibility, it has happened before in other countries, and even in Malaysia.

So when a bank starts to struggle and the public gets wind of it, a bank run would happen. A bank run is where everyone who has deposited money with the bank goes on a mad dash to withdraw it and the bank would definitely not be able to keep up with such demands. A bank run happened in Malaysia in 1999 when MBf Finance saw their customers attempting to withdraw RM17billion and had to be rescued by Bank Negara.

This article does not aim to tell you how to rob a bank and get away with it (though this writer certainly wishes it was possible, then it would be time to sail away in the Bahamas instead of writing articles in an office) but this article aims to solve that question that never crosses our minds during movies – will the people who deposited money with the bank that goes bankrupt get their money back?

If you are getting a little worried now, don’t worry because Malaysia has this thing called the Perbadanan Insurans Deposit Malaysia (“PIDM”). And they actually do this pretty amazing thing...

PIDM actually gives you money if your bank collapses

The PIDM operates under the Malaysia Deposit Insurance Corporation Act 2011 (“MDIC 2011”) and acts to ensure the financial stability in Malaysia. It ensures financial stability by actually insuring your deposits. This means that if you ever lose money because the bank you are banking with has been robbed or has collapsed, PIDM would actually give you your deposits back. However, there are a few things that you need to note about this insurance scheme provided by PIDM. The first is that you do not have to do anything to be insured. This means that as opposed to common insurance plans that we buy for our home, car, or health, the PIDM automatically insures your deposits the moment you bank it in with a member bank.

This would lead us to our next point which is what exactly is a member bank? Section 36 of the MDIC 2011 tells us that a member bank is a bank that licenced under one of these four Acts:

In essence, any bank that is in Malaysia is considered a member bank. This includes locally incorporated subsidiaries of foreign banks which are found in Malaysia (this means that if your bank is an overseas bank with branches in Malaysia, they would most likely be a member bank as well). If you are wondering whether banks can opt out of this membership, the answer is no. The banks which are granted licences under any of the four Acts listed above are deemed to be members from the time they are issued their licences.

So, you don’t have to worry about any of your banks sneakily terminating their memberships and leaving you out to dry in cases of them going bankrupt.

So, how much am I insured for?

The answer is that you are insured for a whopping quarter of a million ringgit. That means you insured for a total of RM250,000. Now, that we have caught your attention with cold, hard cash let’s bring you into the technicalities on the insured sum.

The first thing to know is that your deposits are protected up to RM250,000 per depositor per member bank. This sum includes the amount that you deposited and any returns/interests that you may get off it. This means that if you banked in RM250,000 and you have accumulated RM30,000 in interest from that amount, the maximum that you are insured for still remains at RM250,000 instead of RM280,000.

However, you might be pleased to learn that there are separate limits for conventional and Islamic deposits. This means that if you deposited RM250,000 in a conventional account and another RM250,000 in an Islamic account, you would be fully protected to the sum of RM500,000. This is found in section 42(1) of the MDIC 2011:

“...separately insure the following categories of deposits placed with a deposit-taking member: (a) Islamic deposits; and (b) conventional deposits.”

Aside from that, if you are like Scrooge McDuck and have your money sequestered away in different banks, you can breathe easier knowing that the limit applies separately for different banks. This means that if you have RM250,000 in Bank A and another RM150,000 each in Banks B and C, you would be covered by PIDM’s deposit insurance and receive the full RM550,000 of your deposits in the ( very unlikely) event that all three banks go bankrupt/gets magnificently robbed.

However, different deposits in different branches of the same bank will be added together and the maximum amount that you can claim remains at RM250,000 (so, you definitely can’t cheat the system).

If you are balling and have more than a few hundred thousand in a bank and want to know if you can purchase additional insurance for your moolahs, the answer is no. What you can do in the event of a bank’s failure is to try and claim it against the bank’s liquidator (a liquidator is someone who is appointed to distribute the assets of a bankrupt company to its creditors).

If you have joint accounts with your family members or have accounts that are opened for your business with the same bank, PIDM also protects them separately. In a nutshell, the accounts that would be protected separately are:

PIDM has also included an example to show you how the breakdown happens:

If you are confused over the example above, let’s break it down for you. Basically the example shows Ahmad having five different accounts in one bank. The variation of accounts present include a personal account, two joint accounts, an account for a partnership and an account for a company. Because PIDM allows separate claims for the types of accounts mentioned above and Ahmad has five different accounts, he would be protected up to RM250,000 for each account.

Does this mean that anything I do with the bank is insured?

Well, not really. The MDIC 2011 tells us which products would be protected under the deposit insurance scheme and which would not. This can be found in (the kinda long) section 41 MDIC 2011:

(ii) cheque or other similar instrument or instruction…

(iii) a foreign currency deposit; or

(iv) any liability or financial instrument as may be specified by the Corporation, but excludes…

(A) a deposit that is not payable in Malaysia;

(B) a money market deposit;

(C) a negotiable instrument of deposit and any other bearer deposit;

(F) any other liability or financial instrument as may be specified by the Corporation...”

If you are tearing your hair out over how confusing the above quote is, don’t fret for Asklegal is here. It basically means the following:

What IS NOT protected:

However, to be even safer, it is always better to ask if your bank covers your deposit type. According to PIDM, a member bank must inform you whether or not your deposit is eligible for the deposit insurance before you bank with them. The banks must also have a complete list of what products are eligible for deposit insurance displayed in their premises. For an example of how the list looks like, click here to head to Maybank’s page.

Malaysian banks are pretty safe but...

Don’t put all your eggs in one basket. Whether it may be diversification for the banks you are banking with or the type of products that you choose or even your type of investments, diversification helps to protect your finances in the event of an economic downturn. This is because when you diversify, you are putting your eggs in different baskets and wouldn’t have to worry (too much) if one basket takes a hit.

Also, you don’t have to make a claim if your bank does collapse in Malaysia as PIDM would make an announcement for how you can be reimbursed. You can always head over to PIDM’s website or call them at 1-800-88-1266 for further information.

Happy banking everyone and now when you are busy discussing the latest robbery in Malaysia, you can wow your friends with your in-depth financial knowledge.