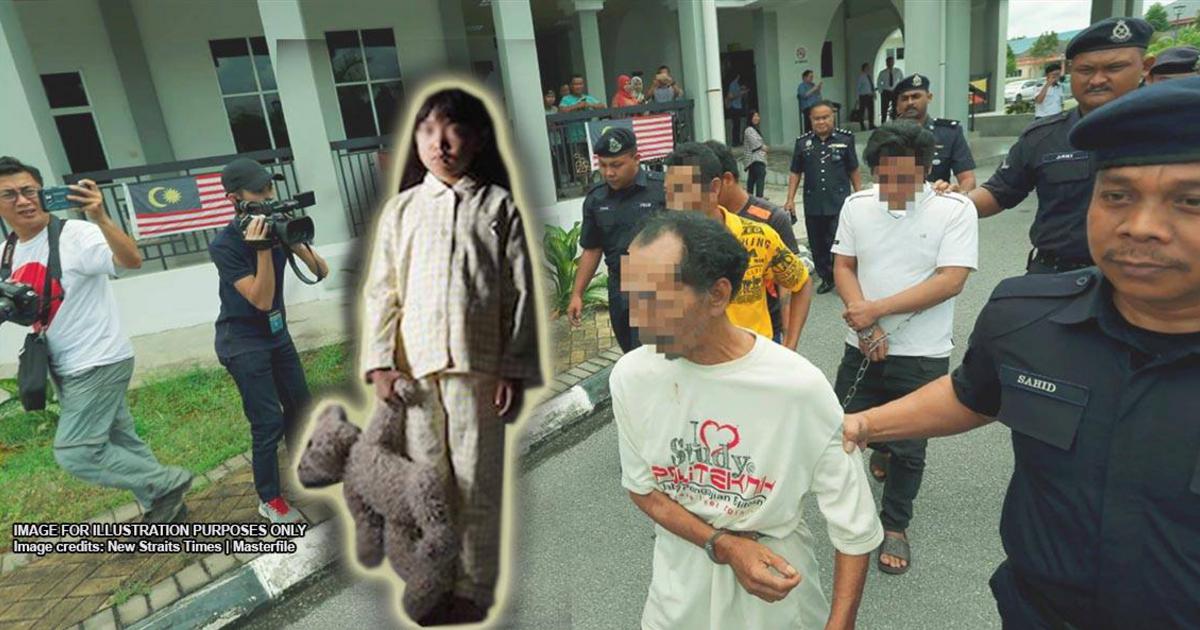 How are incest laws in Malaysia related to statutory rape?

Malaysian has seen a recent spate in incest and rape cases. For some example, Malaysians were horrified when a father was charged for multiple accounts of raping and committing incest on his 15 year old daughter. When we barely recovered from the appalling nature of that case, we were hit with another case of four family members committing incest on two sisters in Kota Samarahan. In the middle of the year, an 18 year old youth was also arrested for raping his eight year old sister in Sungai Petani.

Most recently, police arrested a 23 year old man under the suspicion of rape after receiving reports that a mother prostituted her 14 year old daughter to him. But this is where the plot thickens...the man claims that he did not rape her because he realised that she is his...niece!

Amidst all the revulsion and shock expressed by Malaysians, some were confused about why the terms “rape” and “incest” were used interchangeably in charging and convicting these offenders. Some were also puzzled as to why they were charged with both incest and rape.

So, let’s break down what statutory rape is before looking at incest. In order to keep this article short, the following points are a general overview of what you need to know and other issues such as the technicalities of consent will be dealt with in a separate article.

What does statutory rape mean? Isn’t it just “normal” rape?

The thing you need to note about rape is that the crucial factor is consent.

However, the thing you need to note about statutory rape is that the crucial factor is age.

This means that for statutory rape, regardless of whether the girl (under 16 years old) consents to sexual intercourse, you can still be charged for rape because age is the crucial factor and not consent.

Take deep breaths and follow us down this rabbit hole because that scenario is commonly referred to as statutory rape. The Penal Code reads as follows:

“A man is said to commit “rape” who, except in the case hereinafter excepted, has sexual intercourse with a woman under circumstances falling under any of the following descriptions...

(g) with or without her consent, when she is under sixteen years of age.”

Statutory rape happens when a man sleeps with a woman who is below the age of 16. If you are puzzled over why consent is disregarded when a woman is below the age of 16, it is because the law presumes that children are unable to give proper consent and that they are the more vulnerable members of society which are open to exploitation.

While there are arguments against statutory rape laws such as how age is not a denominator for maturity, this article would not bring you down that rabbit hole but instead focus on the more practical question of who can be guilty of statutory rape?

What if it was a couple where both parties are below 16 years old? We were not able to find any case law on this contention but a strict reading of the Penal Code would mean that even if the offender is below the age of 16, he could be guilty of statutory rape as well. This means that a sexually active teenage couple could actually be committing a crime. This law may differ from other countries such as the US where certain states look at the age gap between the parties.

(1) Subject to subsections (2), (3) and (4), whoever commits rape shall be punished with * imprisonment for a term which may extend to twenty years, and shall also be liable to whipping.

(2) Whoever commits rape on a woman under any of the following circumstances:

(d) without her consent, when she is under sixteen years of age;

(e) with or without her consent, when she is under twelve years of age;

shall be punished with imprisonment for a term of not less than * ten years and not more than thirty years and shall also be liable to whipping.

The harshness of the punishment when it involves a child below 12 years of age is probably meant to afford greater protection to young children as it is more likely that they would be more susceptible to coercion and manipulation at a young age. While we are on the topic of children, this leads us to our next point...

Incest is basically a term used to describe sexual relations between family members (whether immediate or not). In Malaysia, incest is a crime under section 376A of the Penal Code and specifically in the Malaysian context, incest is defined as sexual intercourse with someone they are not allowed to marry due to law, religion, custom or usage applicable to said person. If you are curious to read about how Malaysia’s definition of incest differs from other countries, our friends at Cilisos did a write up on it here.

A person is said to commit incest if he or she has sexual intercourse with another person whose relationship to him or her is such that he or she is not permitted, under the law, religion, custom or usage applicable to him or her, to marry that other person.

However, the Penal Code is rather vague on what kind of relationship must exist before someone can be considered guilty of incest.

This is where reference needs to be made to the Law Reform (Marriage and Divorce) Act 1976 (“LRA 1976”) and the Islamic Family Law (Federal Territory) Act 1984 (“IFL 1984”) which defines relationships which are prohibited. In order to keep this article digestible, we will only provide a brief example although there are more than can be found in these Acts.

Basically, a sexual relationship with any blood relation regardless of how distant that connection is, is considered to be incestuous. This means that it is incestuous to engage in sexual intercourse with your parents or siblings. Prohibited relationships also extend to relationships of closeness such as stepparents or when the same wet nurse is shared. The only exemption is to respect the Hindu culture where section 11 LRA does not apply to Hindus who wish to marry, under Hindu law/custom, his niece (sister’s daughter) or her uncle (mother’s brother).

When read in relation with the Penal Code, the punishment for incest is a minimum of 10 years of imprisonment (the maximum period is 30 years) and whipping.

There comes the question of who can be guilty of incest?

Basically anyone (regardless of age) who has sexual intercourse with any of the persons listed in the Acts mentioned above would be guilty of incest. This means that if both parties to the intercourse consented to such an intercourse, they would both be charged with incest. There are only two defences to incest. The first is that the parties involved were unaware that the person that they were engaging in intercourse with is related to them. The second is where there was no consent. The lack of consent in incest cases operates slightly differently from rape (not statutory rape) cases.

In rape cases, the lack of consent is a crucial factor in finding an offender guilty.

For incest, the lack of consent is a crucial factor in finding the victim innocent.

Futher to that, section 376B of the Penal Code also tells us that the law presumes that girls under 16 years old and boys under 13 years old would be incapable of consent.

This mean that if there is incest involving a girl below 16 or a boy below 13, they would not be guilty of incest even if they consented to it.

If incest and statutory rape reads as two different crimes to you, you are not wrong. However…

We usually see incest charged alongside statutory rape. Why?

Just to drive the point home, incest and statutory rape are two separate crimes but we see them being charged together because the sad reality is that most incest cases are committed by family members (whether parents, grandparents or even cousins) on children under their care.

A clear example of this would be the “Monster Dad” case mentioned above where being 15 years old and his daughter, the father committed two separate crimes by raping her. So, to clarify the overlap between incest and statutory rape, here are some examples.

A man has sexual intercourse with a woman without her consent.

"Though it was consensual sex, it is considered statutory rape under Section 376 of the Penal Code as it involves a minor," – DSP Jimmy, in an interview with The Star.

A brother(above 13) and sister(above 16) who both consent to sexual intercourse would both be charged with incest. An example of consensual incest can be seen in this case of a father having sexual intercourse with his daughter since she was 18. If you are curious to read more about consensual incest, some of our local law professors actually wrote an article about it here.

A family member who has sexual intercourse with another female family member (below 16) would be charged with incest and statutory rape.

The above examples show that incest and statutory rape can overlap in certain scenarios and can also stand alone as separate crimes. To draw a parallel with other laws, it is the same idea as you driving across a red light. Not only have you broken a traffic rule (going against the red light) but you might also be charged for reckless driving under the Road Transport Act 1987.

While some may argue that age does not indicate maturity, it is necessary for the law to take such a stance in order to have a benchmark for protecting children. Aside from that, while incest may be practiced in some areas and used to be more popular in the older days, the side effects of incest can be pretty grimy. Plus, there is the whole other issue of how incest typically involve younger members of the family who may be susceptible to grooming and manipulation from the people who are supposed to care for them.

Sexual grooming leads down another rabbit hole which we will deal with in a separate article. For now, if you need further information or know of someone who may need help on these matters, you can always contact the organisations below: