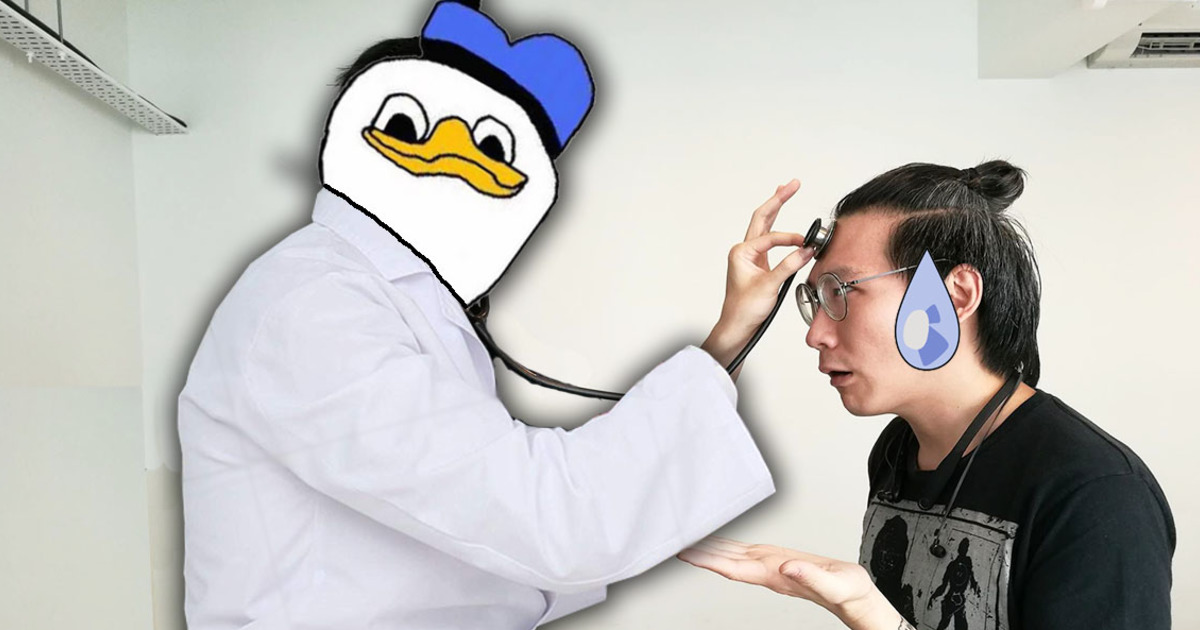 If your doctor has no license in Malaysia, here's what you can do

It seems like us humans are silly ol’ creatures. We tend to trust figures in lab coats, at times without thinking about it. This is no one’s fault since there’s a long historical paper trail and cultural imprints on the effects that authoritative figures have on us. That’s how people who are dressed in white coats can potentially do so many things that we don’t allow other people to do to us (prostate exam, anyone?).

Now, the question is: what can we do when we find out the doctor we’ve been seeing turns out to be a quack (a person who dishonestly claims to have special knowledge and skill in some field, typically in medicine)?

‘We gotchu,’ says the law

Fortunately, we have legislation to cover our backs on this one. Part 2 of the Consumer Protection Act 1999 provides for “misleading and deceptive conduct, false representation and unfair practice”. Section 8(a) defines “false”, “misleading” or “deceptive” as conduct, representation or practice which is capable of leading a consumer into error. Doesn’t that sound very much like people who represent themselves as doctors/medical professionals, but aren’t really?

It gets better. Section 9(b) specifically refers to services, which are what doctors are supposed to provide.

No person shall engage in conduct that: (b) in relation to services, is misleading or deceptive, or is likely to mislead or deceive, the public as to the nature, characteristics, suitability for a purpose, or quantity, of the services.

TL;DR: Don’t make people think that you can provide a service when you actually can’t.

Part 4 of the same Act is on the Offences, Defences and Remedies in relation to Parts 2 and 3 of the Act. Section 25(1)(a) and (b) makes a distinction between offences that can be committed by corporate bodies and by individuals.

Assuming we’re talking about a specific fake doctor, they would go under subsection (b), that is, that they’ll be slapped with a heavy fine of not exceeding RM 100,000 or imprisonment for less than 3 years or both. If they have the gall to repeat the offence, the fine goes up to a limit of RM 250,000, imprisonment of less than 6 years or both.

The real juicy bit in section 25(2) is that if the act is a continuing offence, in addition to the above penalties they will be fined RM 1000 for each day or part of day during which the offence continues after the conviction. Let’s illustrate that with this example: being a fake doctor is a continuing offence, since it goes on over time, and isn’t a one-off affair. Yes, you read that right boys, section 25(2) can run concurrently with section 25(1).

There are defences available to offenders, though, and are laid out in sections 27 and 28. The offender will have to prove that the offence was due to an accident, a reasonable mistake, etc AND/OR that the advertisement for their services are not their fault.

Aside from that, can a fake doctor be sued for fraud?

Yes, a fake doctor is a Fraud

Section 17 of the Contracts Act 1950 sets out the requirements for fraud. ‘But wait, was there a contract between the fake doctor and I?’, asked Mr. Placeholder. Yes, there is technically an unwritten contract between you. An example here would be purchasing an item from a grocery store. Neither you nor the grocery shop have a signed document for your purchase(s), but the agreement is implied.

Going back to section 17. It provides that

"Fraud" includes any of the following acts committed by a party to a contract, or with his connivance, or by his agent, with intent to deceive another party thereto or his agent, or to induce him to enter into the contract:
(a) the suggestion, as to a fact, of that which is not true by one who does not believe it to be true;
(b) the active concealment of a fact by one having knowledge or belief of the fact;
(c) a promise made without any intention of performing it; (d) any other act fitted to deceive; and
(e) any such act or omission as the law specially declares to be fraudulent

That’s pretty wordy. What it essentially is is that if a person tempts you to enter into a contract with the intent to deceive, and he knows it’s a lie, etc, can be liable for fraud.

Said contract would be void ab initio (void from the beginning), meaning there would have been no contract in the first place. In this sort of situation you would want to sue for damages, at the very least. What about criminal charges? Can a fake doctor be guilty of one?

Can the fraudster be guilty of a criminal charge?

Well, yes, it turns out that they can. Our Penal Code (a document which compiles all, or a significant amount of, a particular jurisdiction's criminal law) has a provision on the offence of cheating by personation. Section 416 makes it clear that:

A person is said to “cheat by personation”, if he cheats by pretending to be some other person, or by knowingly substituting one person for another, or representing that he or any other person is a person other than he or such other person really is.

So basically, a person is liable under section 416 if they impersonate someone or put out that they’re someone they’re not. It is further explained that the offence is committed whether the individual personated is a real or imaginary person! In our context, a Mr. Doom who pretends to be a medical professional called “Dr. Doom” would be liable under section 416.

What can a person who’s found guilty of cheating by personation be punished with?  Section 419 says:

Whoever cheats by personation shall be punished with imprisonment for a term which may extend to seven years or with fine or with both.

So… what can I do if I suspect that I’ve been seeing a quack?

Linkin Park was wrong (as much as I loathe to say it), in the end it does matter. If you find out you’ve been visiting a quack, you do have some avenues to seek justice and compensation from both the perpetrator and the government.

Before looking for a lawyer, you can contact the Ministry of Domestic Trade, Co-operatives and Consumerism (what a mouthful) at 1-800-886-800 for their toll-free hotline. They will help consumers who were misled by fraudulent services, fraudulent pricing, internet transaction fraud, et cetera. The thing to remember is: a person white coat does not always mean that they’re a professional or are qualified. Stay informed and stay safe.