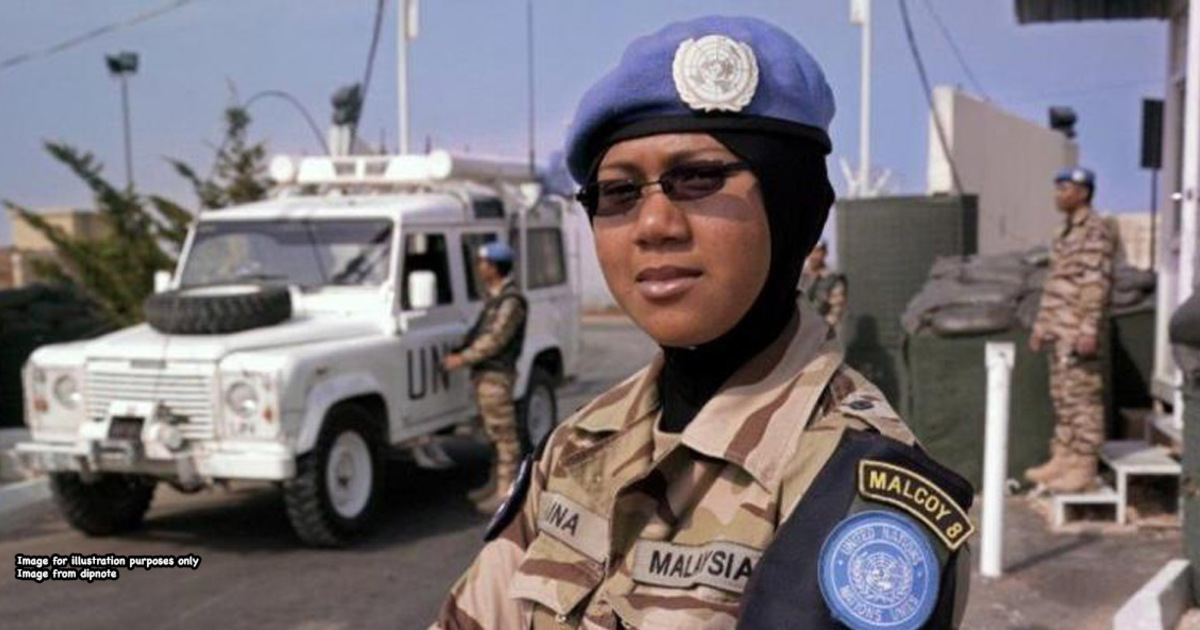 Malaysian soldiers sometimes go to war without guns...here's why

If you’ve watched the movie PASKAL last year, you may remember a scene where a soldier was on a military mission with no weapons. In that scene, the soldier was engaged by militants, and had a hard time trying to fight back – since he had no weapons. It was literally a case of bringing nothing to a gun fight.

The scene wasn’t based on fiction, but it was a dramatisation of a military mission in Angola. And just like in the film, Malaysia sent our soldiers there for missions without weapons. But why would Malaysia do such a thing in the first place, especially when it would be dangerous to do so?

Well it wasn’t because they were incompetent (nah, they’re one of the best in the region) or under budget, but they were they were ordered to do so.

Which basically means it was an active decision to send our troops unarmed. And here’s why Malaysia did such a dangerous thing in the first place...

We sent them to keep the peace

If we were to use the words “military mission”, we’d probably conjure up images in our heads of patriotic soldiers defending the country from a villainous invading force – these missions would involve fire fights, tanks, and fighter jets blowing up buildings. But, this isn’t always the case. As we’ve mentioned before, sometimes soldiers are even ordered not to carry weapons on missions.

But in peacekeeping missions, soldiers are required to always wear bright blue berets or helmets. Why? So that they’re easily identified. But isn’t that counter intuitive since the enemies can spot them?

Well not exactly, because these soldiers aren’t always sent to fight...

...they are sent for 4 types of missions:

But out of all these 4 missions, soldiers are only sent without weapons for observation missions. --- remember the Angola mission we told you about at the beginning? That was an observational peacekeeping mission, that’s why the soldier we mentioned earlier (Leftenant Commander Anuar) wasn’t carrying any weapons.

We also send our forces for peacekeeping missions with weapons In such missions our troops are allowed to carry weapons for protection and to conduct missions. But they can only use their weapons according to well established rules of engagement.

For example according to International Humanitarian Law principles, attacks are only allowed against military objects (buildings, equipments and/or soldiers), and if you wanna know more about these rules, just read this guidebook here. Oh and sometimes in the case of peacekeeping, the rules of engagement could depend on what the United Nations says.

Malaysia has actually sent our troops for armed peacekeeping missions before. In 1993, Malaysia sent soldiers from our Royal Malay Regiment to Somalia. The mission was called the United Nations Operation in Somalia (UNOSOM II), and it’s purpose was to restore order in Somalia because of a civil war. To achieve that purpose, American soldiers conducted a mission to capture a warlord, and during that attempt the American soldiers were pinned down.

Fortunately for the American troops, our soldiers from the Royal Malay Regiment was at a base nearby – and they were sent into the middle of a fire fight to rescue them. To give you an idea of how dangerous that mission was, we actually lost one soldier named Corporal Mat Aznan due to a strike by a rocket propelled grenade.

If you’re thinking “Eh wait, this story sounds familiar”, it’s probably because it was the plot of the movie Black Hawk Down. The movie while may be a cinematically well directed film, but it drew criticisms from Malaysians – especially because our rescue efforts and sacrifices were not depicted in the film.