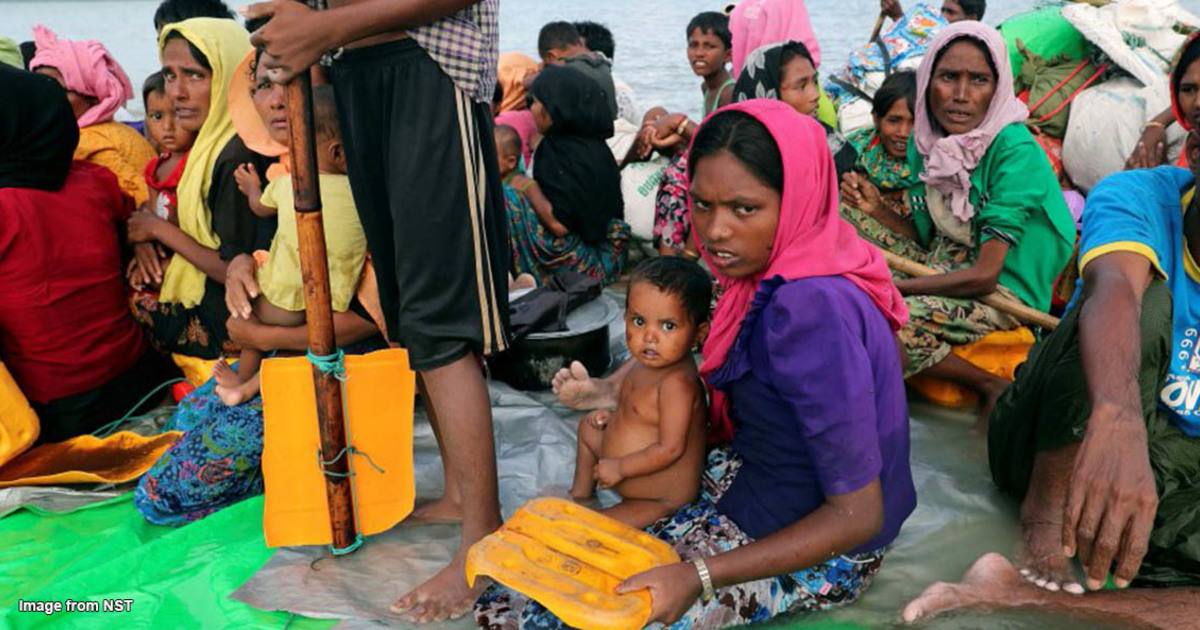 Malaysian law does not recognise refugees...so who are these people?

However, a lot of these arguments are based on personal sentiments because legally speaking...

There is technically no such thing as “refugees” in Malaysia

Before we delve into that, let’s clear up some terms for you guys. There are essentially four terms that can be divided into two wide groups:

The definition of a refugee comes from the United Nations’ Convention Relating to the Status of Refugees 1951 (“Refugee Convention”) and at this point, you may be confused because if the UN has given a proper definition of refugees then why isn’t there such a thing in Malaysia?

Well, it’s because...Malaysia did not ratify (sign) the Convention. Let’s take a quick look into international law to understand what a convention is and what does it mean to ratify one. The UN is basically an intergovernmental organisation that passes conventions or treaties that are meant to provide for a plethora of things including but not limited to promoting human rights.

In addition to not signing the treaty, Malaysia similarly does not have laws in place to recognise and provide for refugees.

TLDR; technically refugees don’t exist in Malaysia because there are no laws that give them that recognition. It’s the equivalent of going to a mamak and asking for sashimi; it doesn’t exist.

While you may think that this is just lawyers and their play on words, there is actually a significance importance that stems from this lack of recognition of refugees.

They are treated as illegal immigrants

A refugee fleeing from their home country in panic would definitely not being using the proper channels and most of the time, they leave with only the clothes on their back. Therefore when they arrive in Malaysia, they would be entering the country undocumented and would be regarded as illegal immigrants under the Immigration Act 1959/63.

As “illegal immigrants”, the refugees are mostly stuck in limbo. They are unable to work or study locally as they possess the necessary papers for it. Aside from that, these refugees are also at the risk of detention and deportation. Which leads us to stories of the horrors that they would have to face in the detention centres:

“Those who had been detained say they did not get adequate food, water or healthcare, that many inmates developed skin and lung infections, and the sick are usually not isolated, leading to the spread of contagious diseases.” – as quoted from Reuters, 30 March 2017

As a matter of fact, the refugees aren’t even legally considered refugees until they have registered with the United Nations High Commissioner of Refugees (“UNHCR”). The process of this registration is exceedingly slow due to the huge number of asylum seekers coming into the country.

However, registration is probably the best form of protection that these refugees would be able to get as it gives them a form of identification document to show to the authorities if they are stopped. Before you rejoice over this form of protection, do note that...

They can still be deported

The identification document does not stop a refugee from being deported; it may just help them from getting detained.

“UNHCR identity documentation provides a level of protection which may reduce the risk of arrest...” – quoted from the UNHCR site as of 16 November 2018

The official UNHCR site mentions that the issuance of the UNHCR card is to indicate that the bearer of the card is under the protection of the UNHCR. Aside from reducing the risks of arrests, it will also provide the refugee with limited access to healthcare, education, and other services provided by UNHCR and its partners.

The recently elected Pakatan Harapan government has promised to ratify the 1951 Refugee Convention in their manifesto. Under Promise 59 of the manifesto:

Whatever your position is on the refugee position in Malaysia, having a set of laws in place would allow for a more cohesive approach as opposed to the current status quo where things are left in limbo.