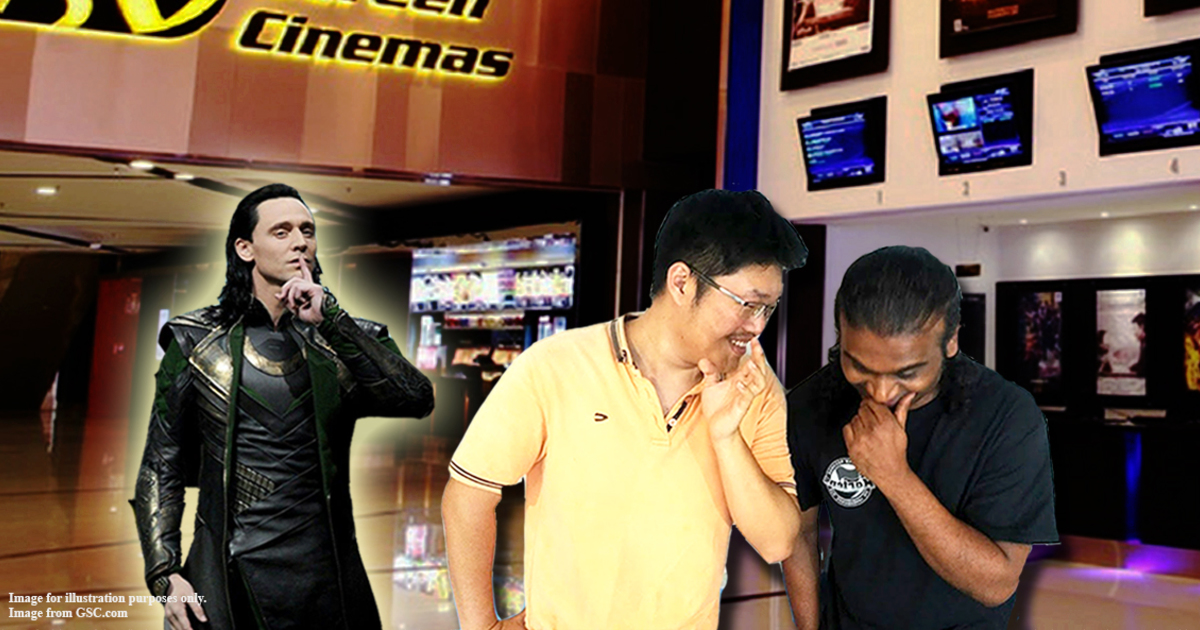 Can Malaysia create a law to make movie spoilers illegal?

There are basically two things you can spoil for people right now. Number one, the final season of Game of Thrones was released yesterday and two, the Avengers: Endgame is screening in cinemas. If you’re one of those people who didn’t take a day off to watch the movie – you deserve to be employee of the year. But the worst part about being employee of the year is hearing or seeing spoilers of your favourite movie from other people who have already watched it.

Despite all the effort you put in to avoid people and the spoilers...You overheard two people talking about how your favourite character dies in the movie (NO THIS IS NOT A SPOILER) and describe the scene in detail while you were taking a dump in the office toilet...Thor-ific!

Right now, you’re probably both disappointed and angry. Anyone in your shoes would be. So you’re thinking now, after 10 years of waiting for the Endgame, only for it to be ended by two people who discussed the movie and spoiled it for you, is there a possibility to sue someone for saying/posting spoilers in Malaysia?

But before that, let’s clarify something…

If you were to record a movie in the cinema and posted videos clips of the movie on your Instagram story or Facebook live, this is an offence and you can be charged for this. As for spoilers on the other hand, there aren’t any laws on whether someone can be sued for posting or revealing the plot of a movie in Malaysia. For the act of recording movies in the cinema, there is a provision under the Copyright Act 1987.

“Any person who operates an audiovisual recording device in a screening room to record any film in whole or in part shall be guilty of an offence and shall on conviction be liable to a fine of not less than ten thousand ringgit and not more than one hundred thousand ringgit or to imprisonment for a term not exceeding five years or to both.”

Based on the Act, anyone who attempts to record a movie in the cinema will be liable for an offence, and the Act carries a sentence of one year imprisonment and/or a fine between RM5,000 up to RM50,000.  And yes, this includes any kind of device which also applies to your phone as well.

Also, in order to prevent people from committing this crime, cinemas may arrange their staff to monitor the audience. If someone is caught trying to record a movie, the cinema has the authority to kick them out. Recently, a group was caught for recording the Avengers: Endgame in the cinema. But the authorities just gave them a warning and instructed them to erase all the recordings in their phones first and were subsequently released.

Now that that has been established, how likely is it for Malaysians to sue those who post spoilers?

What’s the stand for spoilers in Malaysia?

Spoilers aren’t actually harmful and are far from crimes like a physical assault on someone or damaging another person’s reputation. We spoke to a lawyer, Mr Fahry Azzat who advised us on this matter as such:

“I think any law that tries to restraint discussing a movie is likely to be a restriction on our freedom of expression. Furthermore, I don't think movies are going to impose a condition to say you cannot discuss it after the movie is over. In fact, that is precisely what they want us to do - so it creates social proof.”

Freedom of expression is constituted under Article 10 of the Federal Constitution as follows:

“(a) every citizen has the right to freedom of speech and expression;”

So, those who do post spoilers can always depend on what has been stated under the Federal Constitution which means, there is pretty much very little that can be done to stop someone from posting or talking about movie spoilers.

Also, the most that can happen to the person who hasn’t watched the movie is to feel disappointed or angry. And these emotions suffered do not constitute to a recognised psychiatric injury, which is an area to sue someone under the law of Tort. In other words, there are no laws protecting one’s desire to remain uninformed.

Which now leaves you with only one choice…

Go into hiding until you watch the movie

Recently, there was news circulating on the internet about a boy who got beaten up for revealing the finale of the Endgame. As much as spoilers can be frustrating to hear or see, violence is definitely not the best way to prevent someone from keeping a secret. This will just get you to face a lawsuit yourself...which is pretty far fetched from just watching the movie and enjoying it.

Perhaps the best solution for those who want to avoid movie spoilers is to just use the internet and social media lesser, which results to lesser disappointment. Also, to those who think it’s okay to post them (technically it is okay) but it’s best to follow the Bro Code here – which is to be a little more considerate for the others who have yet to watch the new movie. Or, you could do something like what this one Netizen did if you really need to discuss the movie with other fans: