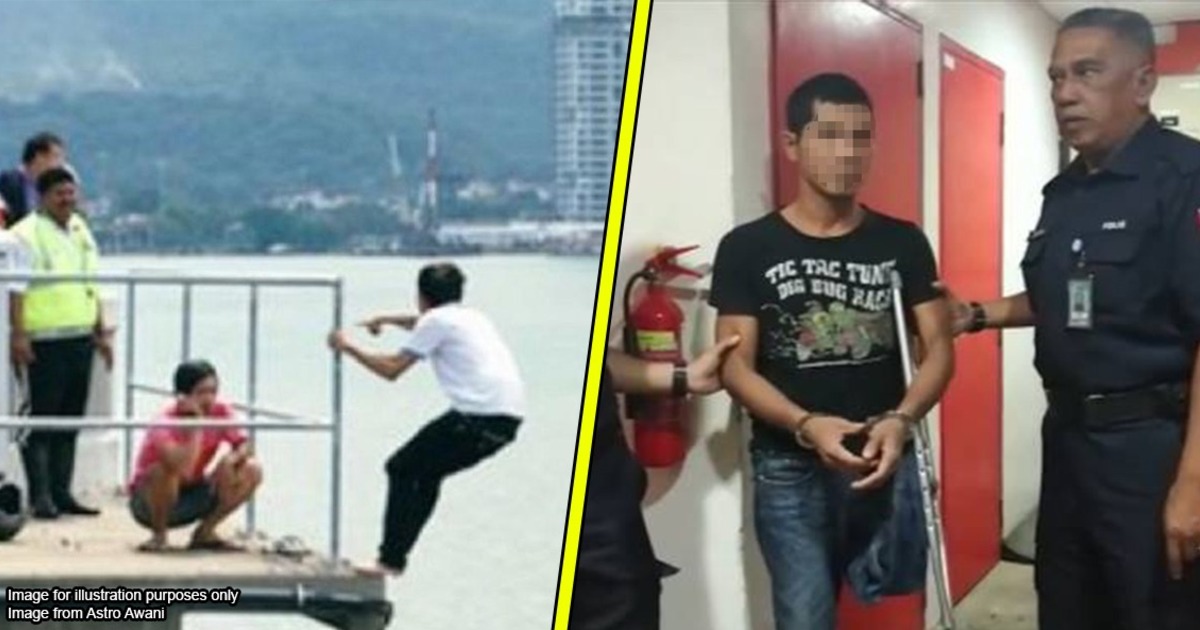 Failing to commit suicide in Malaysia is a crime...but why?

over 2 years ago Tris L

In Malaysia, if you commit suicide – and fail – you might have more to deal with than your mental illness. A disabled man from Terengganu found out the hard way, when he was jailed six months for attempted suicide. This is because attempting suicide is a crime in Malaysia, under Section 309 of the Penal Code.

But getting imprisoned for attempting suicide is actually a rarity. Although the law states that suicide is a crime, our police tend to not prosecute these cases. In fact, most attempted suicide cases will not be brought to court. Instead, the police will just mark it as ‘No Further Action’, as they do not want to add more stress to the person.

Still, if the police tend to not prosecute these cases and prefer to show compassion instead, why is attempting suicide still a crime in Malaysia?

Because the British outlawed it… and we followed their laws

According to Section 309 of the Penal Code:

Whoever attempts to commit suicide, and does any act towards the commission of such offence, shall be punished with imprisonment for a term which may extend to one year or with fine or with both.

Basically, whoever tries to commit suicide will be fined and receive a maximum one year of imprisonment.

But Malaysia didn’t decide on that law in the first place – our laws are actually based on British law, which was implemented back when we were still a British crown colony.

But our laws weren’t a direct copy of British laws. The Penal code – which is basically a list of all criminal punishments in Malaysia – was actually based on the Indian Criminal Code. Back when India was colonised by the British, they adopted the British legal system. When the British came to Malaya, they thought that the version in India worked well enough and adapted it, but also added a little bit of the laws from Australia, another British colony.

The Penal code isn’t the only law adopted, though. There are a number of laws made during the colonisation that is still used today, which was modified to suit the domestic law and current circumstances. There’s a slightly more in-depth version of how we got our laws, which you can read below.

[READ MORE: Where does Malaysia get its laws from? ]

So...why did the English consider suicide a crime? Well, the answer comes from a higher place.

Your soul can’t be saved if you commit suicide

The reason lies in religion – specifically, Christianity and the English puritanical church a few centuries ago. Church ideas at the time were influenced by two Christian theologians and philosophers from different eras: Augustine of Hippo from the 4th century and Thomas Aquinas from 12th century. These two figures promoted the view that whoever intentionally took away the life given to them by their Creator showed that they utterly ignored the will and authority of God. This is because going against God jeopardises their chance at salvation, so the Church perceived suicide as a sin.

Despite their views being accepted by the church, self-murder, as suicide was termed back then, only became a crime under common law in England in the mid 13th century. But before that, suicide was already condemned as a mortal sin in the eyes of the Church. There were serious consequences if the person was found dead by suicide. Not only will the church deny the deceased a Christian burial, but their family will also be stripped of their belongings, which will be handed to the Crown.

And not only will they be denied a Christian burial, sometimes they won’t be buried at all. According to an article: “The decease will be carried to a crossroads in the dead of night and dumped in a pit, a wooden stake hammered through the body pinning it in place.” The church’s punishment towards those who attempted suicide was ruthless, and punished not only the deceased but also their surviving kin.

Malaysian law is slowly catching up

With time, the attitude towards suicide started to change. What was thought of as sinful before is now viewed as a cry for help.

In 1958, the British Medical Association and Magistrate Association urged a ‘more compassionate and merciful outlook’ towards suicide. In the same year, a bill to decriminalise suicide was tabled in the British parliament; it was immediately signed by 150 MPs. A year later, the Church of England joined the calls for change. And three years after it was tabled, The Suicide Act 1961 was introduced which decriminalised suicide in England and Wales. People who commit suicide will no longer be punished.

Other countries that adopted UK’s legal system are also following suit. India has passed the Mental Healthcare Bill in 2016, and enacted the Mental Healthcare Act in 2017. This Act aims to decriminalise attempted suicide and ensure the victims are offered an opportunity for rehabilitation. And last year, our favourite neighbouring country, Singapore, has also amended their law to decriminalise attempted suicide. It will be effective on 1 January 2020 as part of the Criminal Law Reform.

Malaysia has also been catching up with the change in attitude towards suicide. In the past two years, the Malaysian government has worked towards decriminalising suicide cases, and actively studying ways to reduce the suicide rate. These changes in our laws could happen as early as mid-2020. The Health Ministry supported this decision, as it would remove the stigma on mental issues. “It is hoped that more people who are at risk will come forward to seek help (with the decriminalisation),” said the Health Ministry in a statement.