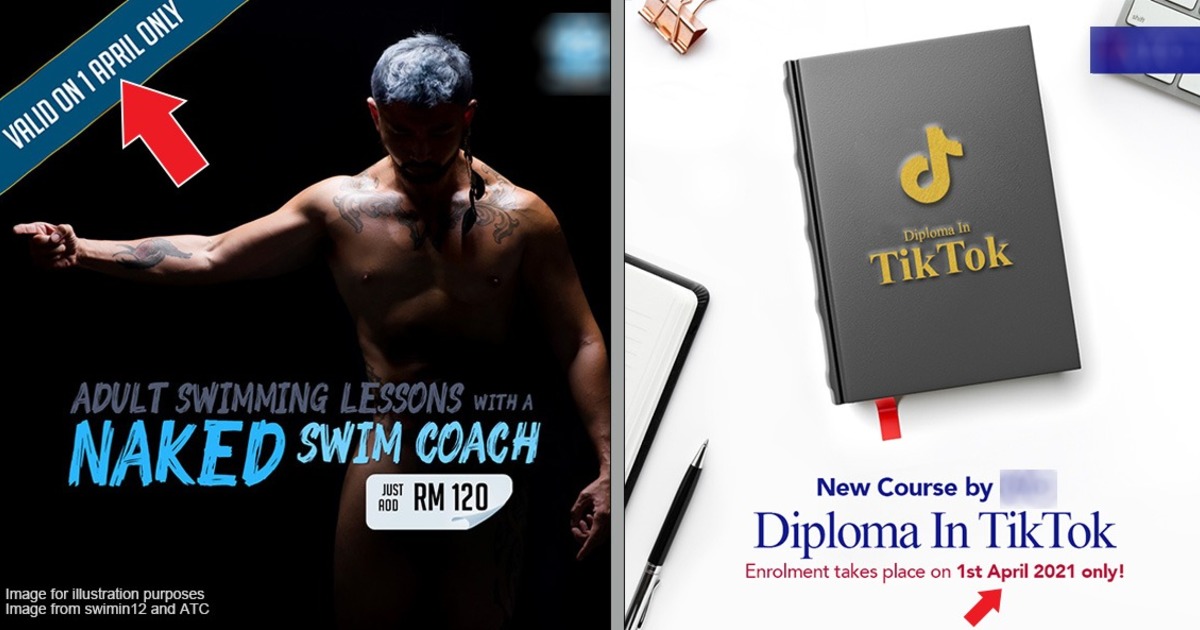 Can M'sian companies get sued if people believed their April Fools' product?

On April Fools’ Day, we’re already expecting to see gags and fake products filling our social media timeline. Companies will put up posts about products that are outlandish and completely off-brand. Some websites known for writing lengthy articles might suddenly post one-word articles.

Even if it’s all in good fun, not everyone gets clued in. In some rare cases, there might be some people who take the fake products a bit too seriously.

So if that happens, can companies get sued if people believed their April Fools product?

To sum up the answer: it depends.

In this situation, it’s not as simple as: “If you come up with a joke product for April Fools, a customer who believes it can sue you”. Just like any legal case, it still depends on how the joke is presented, and if it’s obvious enough that the product is just an April Fools gag.

So this puts some onus of responsibility on the company to make it obvious, instead of expecting people to know simply because it’s 1 April. According to lawyer Fahri Azzat:

“[I]f the advertisement is meant to be a joke, they should be scrupulous about including an element that informs the reader that it is not serious or a joke. They should not put out what looks like a serious advertisement on 1.4.2021 (without the disclaiming element) and expect everyone to think it's a joke.” – Fahri Azzat, lawyer.

This part might not be too difficult, as most of the products can usually be inferred as a joke. But for a better explanation, let’s look at an example.

Let’s look at this particular ad about getting a naked swim coach for just an extra RM120.

This ad might look obvious enough. As you can tell, there are elements that imply it’s a joke: namely that the product is only available for one day, on 1 April. Not only that, these types of services are illegal in Malaysia. So generally, most people would infer that this is a joke because of that element.

Despite that, there can be a small percentage who might think this is true or read too much into this. As in, they believe this is a real ad presented as a joke, or believe they could force them to fulfill the offer. They might sign up expecting it to be real, and include an extra RM120 when paying their fees.

One way to mitigate that is to include ‘Terms and Conditions apply’ in the poster. So having a T&C means there are rules on that offer, and it’s not as simple as you giving that money to them for it. So this can apply not only to this ad, but other company’s April Fools’ Day ad too.

READ MORE: 5 basic things you should always do when signing contracts in Malaysia

“Nope. If that person sues, the contract will not be enforced on grounds of illegality or public policy. Yes, this may be a contract, but no we are not enforcing contracts for naked swim coach services.” – Fahri.

However, if something is obviously legal, such as offering 50% off (the fees, not clothes) on swimming lessons on 1 April, they can be sued for misrepresentation or even fraud. As mentioned earlier, you can’t put a serious looking ad without disclaimers and expect people to get that it’s a joke.

April Fools’ Day can be a fun day for companies as they usually don’t have to worry about selling a product. Rather, they can focus on creating something they and their readers could laugh about. However, companies should still be responsible and not use that day to swindle their customers, and then claiming it’s “just a prank”. Not only is that illegal and can get you sued, it’s also totally not cool.