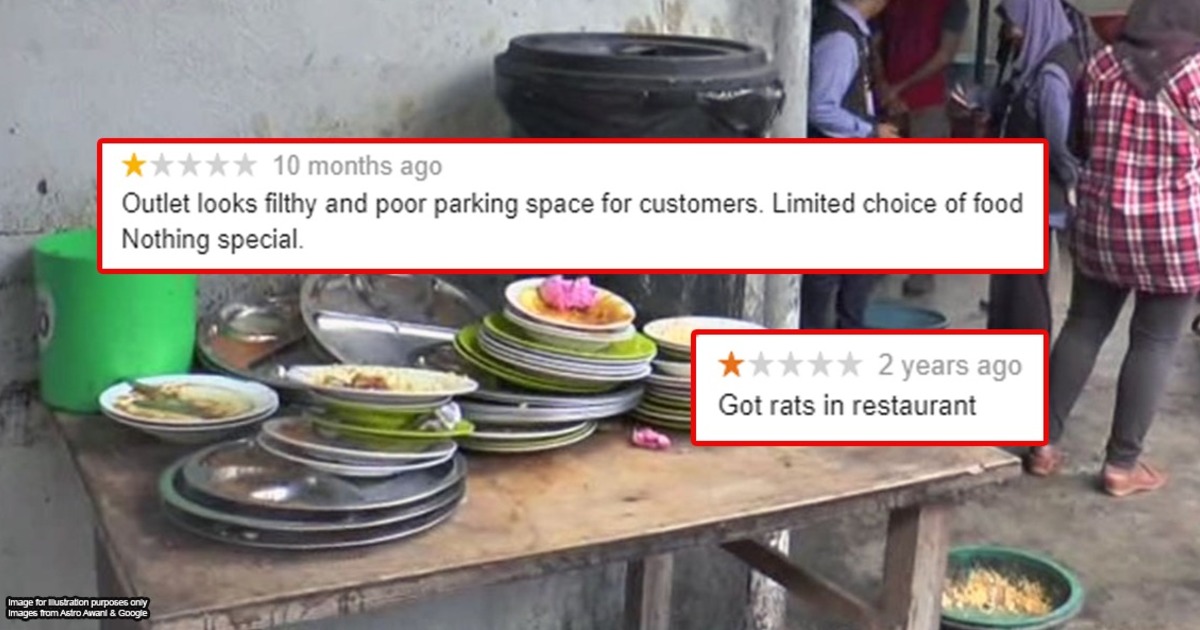 In Malaysia, can a business sue you for giving them a bad review?

Picture this: You’re out having dinner with your friends in this posh new place that just opened. The food arrives and it looks great...until you taste it. You’re surprised at how bad it is, given that this is an expensive place. You call the waiter to let him know that there’s something wrong with the food. But he just ignores you and walks away. You’re now stuck with food that’s inedible, and no one’s willing to do anything about it.

At this point you decide it’s best for you to just leave. You signal for the bill and miraculously, someone shows up with it. But your jaw drops when you see how much you’ve been charged. You know it’s pointless trying to reason with them, so you just pay and leave. But as soon as you get home, you leave this restaurant an honest review, detailing your terrible experience. The next morning, the owner who somehow managed to find you on Facebook, tells you that he will be suing you for that review. But...can he?

Bad reviews are fine...if they don’t defame anyone

Business owners clearly wouldn’t want to get bad reviews as it would ruin their business’ reputation. But you, as a consumer, still have the right to give an honest opinion of that business. That being said, there are people who have been sued for writing negative reviews. One such case was of a restaurant’s ex-employee who posted a review of that particular restaurant. In the post, she had mentioned that the restaurant was highly unsanitary, and that they were charging ridiculously high prices. The restaurant said that none of this was true. They ended up suing this ex-employee and winning, and she now had to pay the restaurant compensation. But, how did this happen?

Well, the restaurant sued for her defamation, which is basically ruining another person’s reputation. This might now sound like every business can sue you for painting a bad picture of them, if you were to leave them a one-star rating. But it isn’t as simple as that. To explain this further, we’ll need to look at the law of defamation.

There are two types of defamation—civil and criminal. In this article, we’ll be looking at civil defamation as this is more relevant to the topic. Defamation is then further divided into two, libel and slander. Libel is saying things about another person through text, such as a blog or newspaper. On the other hand, slander is done verbally. For this article, we’ll only look at libel, as reviews are usually posted online for people to read.

Now, if someone were to sue you for defamation, they would just need to prove that you written or said something about them that had ruined their reputation. However, their claim will not be successful if:

It helps to include proof

We’ve just learned that there are three reasons someone cannot sue you for defamation. Coming back to the scenario of the business owner threatening to sue you: if you want to strengthen your claim, you would need proof to back it up. So if you say that the place was dirty, or you were overcharged, you should include pictures or receipts in your review. This way, the business would not be able to say that you were just out to ruin their image.

It also helps if you’re not the the only person leaving a bad review for the business. It would of course be harder for businesses to accuse you of defaming them if other customers have also said negative things about them. This would just make your side of the story more credible. But again, this doesn’t automatically mean that you could win a case against them. Your own claim should have enough evidence to substantiate it.

Besides giving proof, you also need to ensure that you don’t exaggerate your claim—you must tell it as it is. So if the restaurant was dirty and you saw a lot of unwashed plates, you cannot jump to conclusions and say that the place is infested with rats. Adding untrue information can also get you sued for defamation.

You can reach out to other channels for help

Reviews are good in that they help others know more about the service provided by a business. But if you’re unhappy about a particular establishment and would like to voice it out, there are also other bodies you can complain to. Some of them will investigate the claim themselves to see if it’s true.

There’s the Consumer Tribunal, and they hear any claims on products and services that are of poor quality, unsafe, and so on. You can file complaints on their online portal. Or if, for example, you had come across a restaurant that was unsanitary, you could report them to your local Majlis Perbandaran or to Kementerian Kesihatan Malaysia, who has a special division for food safety and quality.

But if you still decide to write that review online, just make sure you’re honest, and that you have enough proof to show.