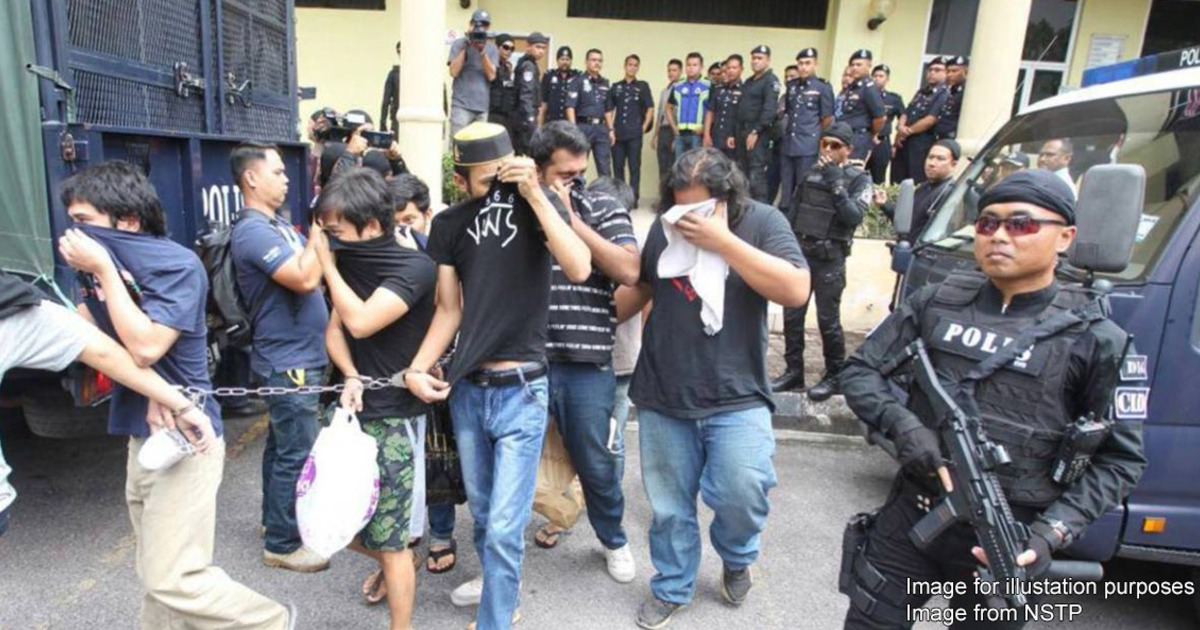 What actually happens when someone is investigated under SOSMA?

Every time someone is charged under SOSMA, it’s usually newsworthy. And this happened recently, when news of 29 Malaysian-Indian detainees became viral, due to allegations of police misconduct and abuse of remand process.

They were held in remand under a few different laws. But notably, they were previously investigated under SOSMA, which allowed the police to remand them for 28 days.

According to a statement from PDRM, the 29 men are arrested as suspects of a shooting case that happened in Banting, Selangor. They were alleged to be members of TCB 21, an organised crime group.

The use of SOSMA is always controversial. But what exactly is SOSMA about?

It was originally made to deal with terrorism

SOSMA, or the Security Measures (Special Measures) Bill was first proposed in 2012, as a replacement for the soon to be abolished ISA. It was intended to focus on terrorism, espionage and threats to national security.

It was enacted under Article 149 of the Federal Constitution, which is the supreme law of the country. In general, when we make new laws, we need to make sure that it’s consistent with what it says in the constitution.

But under Article 149, to prevent threats against national security and public order, Parliament can make laws that go against the four personal liberties set in the Federal Constitution.

You can read in full what the liberties are here, which are Articles 5, 9, 10 and 13 in our constitution. But a simplified version of these four liberties are:

Right to life – No one can be deprived from life or personal liberty. Which means that you’re free to live your life, as long as you don’t do illegal things. If you’re arrested, you must be informed why and are allowed to get a lawyer. And within 24 hours of arrest, you must be brought to a magistrate (basically a judge).

You’re free to move around –  You have the right to freedom of movement. You can move around and stay wherever you want in the country.

You’re free to express yourself – This means that you have freedom of speech, to assemble peacefully with other people, and to join any legal association you please.

You can own property – Not only can you own property, if say the government acquires your land to build a road over it, they must compensate you for it.

It deals mostly with organised crime

We might think that SOSMA is a law by itself, and lists what you can or cannot do. But specifically, SOSMA is actually a procedural law, compared to ISA, which is a substantive law. Here’s a simplified version of what that means.

Substantive law – Deals with the what in the law. It lists down what you can’t do, as well as the punishment that comes with it. So for example, ISA deals with national security. If you threaten national security, you’ll get locked up for 60 days.

Procedural law – Deals with the how in the law. It prescribes how you can enforce other laws or rights in the country. For example, Article 5 states that if you’re arrested, you must be allowed to see your lawyer. But if you’re charged under SOSMA, a police ranked superintendent or above can deny you from getting legal aid for 48 hours. So Article 5 of the Constitution can be applied differently if SOSMA is in the picture.

Security offences which can be investigated under SOSMA are mainly from the Penal Code, and one from the Anti-Trafficking In Persons Act. They are:

Offences towards the state - In general, this means any acts that harms the sovereignty and democracy of Malaysia. This includes waging war against the Agong or state rulers, threatening or harming Parliament members from doing their duties. It’s not just acts against persons, as sabotaging public utilities, espionage and harbouring enemies of the state are also offences.

What can happen if someone is investigated under SOSMA

We’ll show what could happen during these three phases: arrest, detention, and trial.

In general, the police are required to have a warrant to enter a premise. Under SOSMA, if they are investigating a security offence, they can enter and search a premise without one. They are also allowed to detain the person for investigation without needing an arrest warrant.

[READ MORE: Can the Malaysian Police enter your house without a warrant?]

And usually when someone is arrested, the police will immediately notify their family, and allow the person to get legal help. Under SOSMA, police with a rank of superintendent and above are allowed to delay that right by up to 48 hours. But they can only do so for certain reasons. For example, they might believe that the person will alert other criminal members, ask someone to tamper with evidence, or that someone might be harmed.

You can then be detained for 24 hours for investigation. As before, a police officer ranked superintendent and above can extend this up to 28 days. They can release you before the 28 days, but if they do so they can attach an electronic monitoring device.

The clause that allows for a 28 day detention is a ‘sunset clause’. It means that this law regarding detention length will cease to have an effect after a certain time, unless Parliament agrees to extend it. Under SOSMA, the clause needs to be reviewed every five years, and Parliament had agreed to extend it back in 2017.

Once detained, bail will not be granted if you’re charged under SOSMA, but there are exceptions. If you are below 18 years old, a woman, or sick, you can be released on bail but with a tracking device attached. But this is only allowed if you aren’t charged for terrorism.

During trials, the prosecution can withhold the identity of witnesses from the accused and their lawyer. Similarly, informers giving tip-offs can also have their identity hidden.

Sensitive information can also be withheld. If the prosecution believe showing the evidence can be detrimental to national security, they can choose to not produce it. And if they choose to do so, the judge can’t direct the prosecution to show it.

Supporters believe it should be kept but amended

Supporters of SOSMA see it as something necessary, as it enables authorities to tackle serious crimes such as terrorism and organised gangs. SOSMA was used right after it was enacted, as it was used to deal with terrorist acts in 2013.

One of the first people arrested under SOSMA was Yazid Sufaat, who was a member of the Islamist terrorist organisation Jemaah Islamiyah, and with direct links to al-Qaeda. He was originally released from ISA in 2002, but rearrested again under SOSMA in 2013, for recruiting members for Islamic State in Iraq and Syria.

SOSMA was also used in the 2013 Lahad Datu standoff. In case you forgot, back then, a few Sulu militants under the self-proclaimed Sultan of Sulu, Jamalul Kiram III, invaded the east coast of Sabah. The invasion was to assert their territorial claim over Sabah. 104 people were arrested under SOSMA, most of them Filipinos with links to Jamalul Kiram.

Due to cases such as these, supporters suggested that the law be amended instead of repealed. Among the suggestions were to reduce the detention period to 14 days, and to allow the detainees to seek legal aid.

Critics want it to be abolished

The detractors, on the other hand, believe that the law should be repealed altogether, instead of just being amended.

In 2016, Maria Chin Abdullah, the former Bersih chairman, was arrested under SOSMA which she claimed was politically motivated. Under SOSMA, you can’t be arrested for your political beliefs or activities. She criticised the 28 day detention, compared to 14 days under the Criminal Procedure Code. Those detained could also be held in prison until the final appeals are completed, which could take years even though the court has set them free.

The Malaysian Bar has continually spoken up against SOSMA, calling for it to be repealed. Their reason is that SOSMA gives police arbitrary powers that erodes the rights of the accused to a fair trial, and undermines protections and liberties in the Federal Constitution. They also argued that existing laws under the Penal Code and the Criminal Procedure Code are sufficient to deal with security issues. And if those laws were not sufficient, then the solution is to amend existing “non-draconian” laws or enacting new laws that observe the rule of law.

The court has also ruled that a section of SOSMA is unconstitutional, namely Section 13 which denies bail to those charged under the act. Due to that ruling, there were plans to discuss amendments to SOSMA in parliament some time in March this year . But due to Covid-19 and the ensuing MCO, it might be some time before the law can be amended.