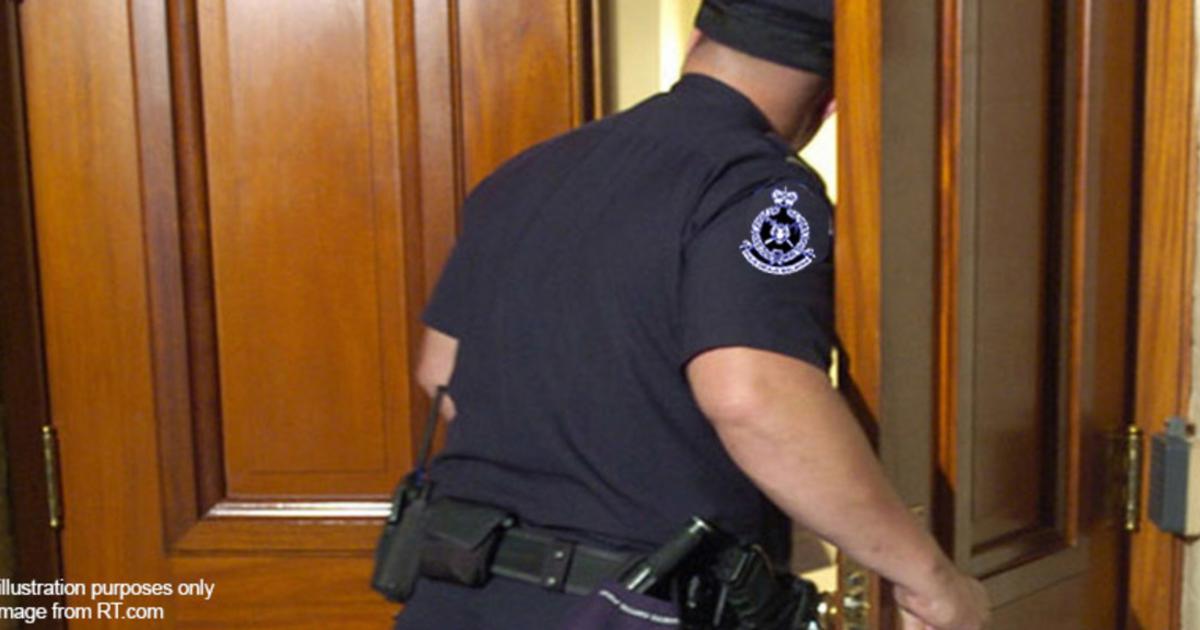 Can the Malaysian Police enter your house without a warrant?

So if this happens to you in Malaysia, must you let the police into your house? Or, if they don't have a warrant, can they still legally enter your house regardless?

Our Federal Constitution affords certain rights to the people in regards to privacy and property. Basically, the government (or other people) cannot simply interfere with your privacy or property without the backing of the law. Generally, the PDRM wouldn't be trying to enter your house unless there is a very good reason to. This means that their authority to search your house, whether with or without a warrant, depends on the situation at hand.

The police knocks on your door WITH a warrant...

In order to obtain a warrant, the police would have to conduct their investigations and convince a judge from the magistrates court that a warrant is necessary for them to progress further and/or to solve the case.

There are generally two types of warrants that may be issued - a SEARCH warrant and an ARREST warrant. The difference between the two is that an arrest warrant allows the police to only arrest the person named in the warrant, whether in a public (like a restaurant) or private area (like a house). On the other hand, a search warrant is more general... it allows the police to only search for certain items or people (like a person who may be kidnapped).

Here are some situations in which a warrant is necessary:

1. TO SAVE A PERSON WHO MAY BE KIDNAPPED - Search warrant

If the police, after conducting their investigations, believe that a kidnapped person may be held captive in your house; they can try to obtain a search warrant as stated in Section 58 of the Criminal Procedure Code:

"If any Magistrate has reason to believe that any person is confined under such circumstances that the confinement amounts to an offence he may issue a search warrant."

With this warrant, the police now have the legal right to enter into your house and search for the relevant person.

2. IF THE POLICE ASK YOU FOR AN ITEM AND YOU DON'T GIVE IT TO THEM - Search warrant 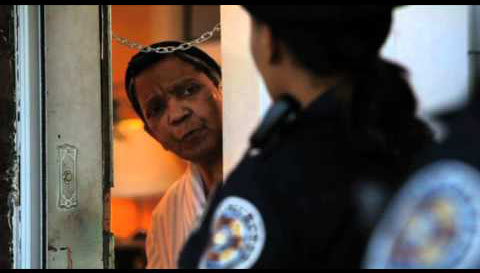 Let's say you're an accountant in a company being investigated for fraud. As an accountant, you're in possession of certain documents or items that the police believe may help in their investigation; so they issue you a summons to produce these documents or items. If you don't comply, or if the judge believes you won't comply with the summons, a warrant may be issued under Section 54(1) of the Criminal Procedure Code:

"[Where] any Court has reason to believe that a person to whom a summons ... has been or might have been addressed will not or would not produce the property or document as required by the requisition;"

This will then allow the police to legally enter your office or house (depending on the conditions stated in the warrant) to search for these documents.

3. TO SEARCH FOR POSSIBLE EVIDENCE OF AN OFFENCE - Search warrant

In contrast to the scenario above, this would be where the PDRM did not issue a summons order to you (for specific items), but they strongly suspect that searching your house may uncover evidence to help with investigations. Section 56 of the Criminal Procedure Code provides that the judge may issue a warrant if he has reason to believe that an offence has been committed OR there may be evidence in your house that can assist the police with investigations.

To illustrate, lets say PDRM has been observing a known drug dealer coming in and out of your house with suspicious packages that MAY give the magistrate reasons to believe that drug offences are being committed in your home. The judge may then issue a warrant to search for evidence in your house to assist PDRM with investigations.

4. SEARCHING FOR A PERSON PDRM WANTS TO ARREST - Arrest warrant 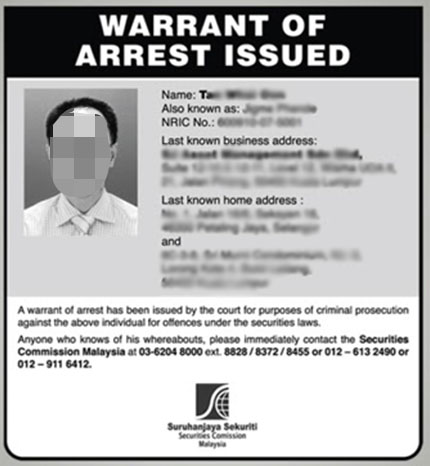 If any person under a warrant of arrest or any police officer or penghulu having authority to arrest has reason to believe that any person to be arrested has entered into or is within any place the person residing in or in charge of the place shall, on demand of the person so acting or the police officer or penghulu, allow him free ingress to the place and afford all reasonable facilities for a search in it.

When the police or a penghulu (head of a kampung) believes that a person to be arrested is in your house, they may obtain a warrant of arrest from a judge. With this warrant, you HAVE to allow them access into your house. However, it should be noted that they can ONLY search for the person they want to arrest, and cannot go searching for something else.

And yes, the police can enter WITHOUT a warrant


While less common, there are also some situations where the police are permitted to search a place without need of a warrant; including forced entry into the premises if neccessry. This may be applied in situations such as:

WHEN IT NEEDS TO BE FAST, LIKE FOR COUNTERING TERRORISM

There might be situations when immediate action is required, in which case Section 116A of the Criminal Procedure Code allows the police to enter without a warrant. This is applied mainly for national security concerns (such as SOSMA offences) and organized crime (such as gangsterism, triads, and mafia-type offences) where a delay may cause the evidence to be moved or destroyed.

Here, only a PDRM officer ranked an Inspector or above may enter and search the relevant premises for evidence. The officer must have reasonable grounds to believe that such offences are being committed and that a DELAY CAUSED BY OBTAINING A WARRANT may make the search for evidence difficult. 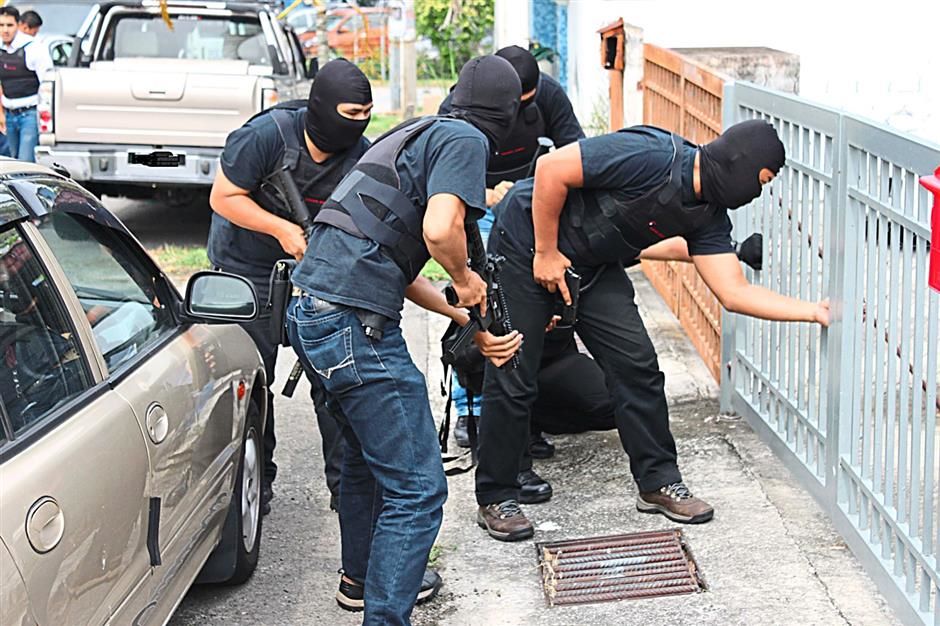 Bukit Aman Special Branch personnel preparing to raid a suspected IS militant's house. Image from The Star, for illustration purposes only

A search for this type event is governed by Section 62 of the Criminal Procedure Code. Again, an officer with the rank of Inspector or above may only conduct the search if:

In these situations, the police must have a written list of the allegedly stolen items and must be accompanied by the victim of the theft.

So what should you do if the police wants to search your house? 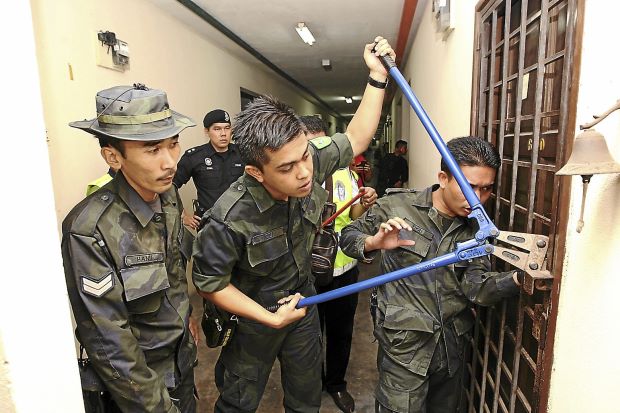 Officers using a bolt cutter to gain entry. Image from The Star

Well, if they have a warrant, the best thing to do is to comply and let them in.

The law doesn't give you much options in these circumstances. Section 59(1) provides that if you are in charge of a closed place about to be searched legally, you have to let them in, or if not the PDRM may just kick your door in. So for example, if you're in your father's house (meaning you're not the legal owner of the house), you're still considered to be in charge of the premises.

While it is advisable to accommodate the authorities while they perform their duties, it is still best to know your rights to prevent a misuse of power. If you are ever in a situation where you think a misuse of power has taken place, there are several avenues to resolve the situation. You can go the courts, file a civil suit, or file a complaint with PDRM's complaint portal at http://www.rmp.gov.my/ispaaa.