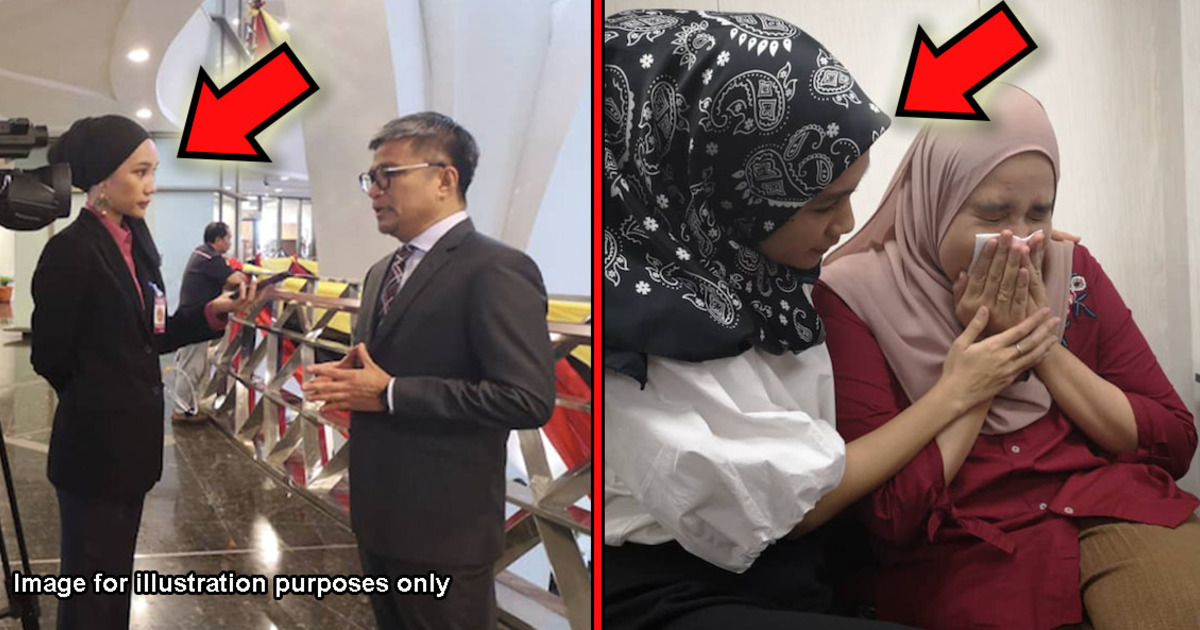 An ex-reporter shares the danger of being a social worker... and why she stayed

Thank you to Nadea Melissa from Kuching, Sarawak for allowing us to use her photos for our feature image!

If you’ve walked down a typical city street in Malaysia, it would be common to see a disabled man or a homeless family begging on the streets. You may have also come across someone who has been a victim of domestic violence, or at least saw something in the news about it.

When you chance upon people in those situations, we understand it can be quite hard to emotionally digest such things. In fact, some of you may even have the desire to help these people but you don’t even know what to do. You may not even have the time and money to stop and smell the roses, let alone stop and help someone in need.

While it’s encouraged to do lend a helping hand once in awhile, you don’t have to beat yourself up if you can’t. Fortunately, Malaysia has a bunch of NGOs and a Department of Social Welfare whose objectives are to do just that, help those in need. And they do this through their network of employees called social workers.

If you haven’t heard of social workers in Malaysia before, it’s probably because not much light is given to their work or existence. This is why we got in touch with one of the Woman’s Aid Organization (WAO) social workers named Vivian (not her real name). She told us about how she got into the career and what her experiences were like. So the first thing we noticed when we met Vivian was…..

If you were told to imagine a “social worker”, you may conjure up images of social workers you’ve seen in movies or TV shows like Law & Order. We’re willing to bet, you imagined a woman who wears bland suits, holds briefcases, and has a pretty boring hairstyle. In fact if we asked you to try harder and imagine her personality, you’d probably say she’s strict, emotionless and by the book.

Well before we met Vivian, we were guilty of expecting someone exactly like that too. But to our surprise, she wore an outfit fit for laidback conversation at a cafe and her personality could only be described as bubbly.

Our conversation started off by exchanging pleasantries before she went into how she got into social work. The beginning of her story seemed pretty relatable, because her current job as a social worker wasn’t relevant to what she studied in college. Vivian actually studied journalism and worked as a reporter covering some pretty high profile court cases (Teoh Beng Hock and Anwar Part 2, just to name a few).

Fast forward 4 years, Vivian ended her stint in the media and decided to take a leap into the realm of social work. Knowing that she lacked experience in the area, Vivian gave up having a salary and chose to work as unpaid intern for WAO.

While no wages may have meant less online shopping sprees, it didn’t really put her off. In fact, after her internship she went on to do her postgraduate studies and continued volunteering for WAO as a crisis support officer. Only later, Vivian took on the role as a full-time salaried employee for WAO. When we asked her how she persevered through the whole experience, she told us it was because WAO allowed her to work in an area she was passionate about….domestic violence. She told us:

“In Malaysia, people still think that women are the property of men after marriage…...that’s exactly how domestic violence happens, because one party thinks they’re more powerful than the other.” – Vivian, a social worker with WAO, in an interview with ASKLEGAL

With that reason in her holster, Vivian persevered and moved up the ranks to eventually become a full-time salaried social worker. But like any job, it wasn’t all rainbows and butterflies, because she had her own set of challenges.

She deals with clients that don’t feel safe

One of the many challenges for Vivian as a social worker, is dealing with the emotional state of her clients. Due to the violence and fear her clients have experienced, they come to her feeling unsafe. Thus she says, her job isn’t always complete when her clients are safe, but when they’re in the mindset where they feel safe.

To give you an idea of how challenging that is, Vivian told us about one client who was stalked by a physically abusive ex-boyfriend. Her client, ended the relationship thinking that the terror would stop, but she couldn’t have been more wrong. Her ex followed her, and he followed her everywhere she went.

She sought WAO for help, and WAO assigned the case to Vivian. Throughout the whole handling of the case, Vivian noticed that her client was in an extreme state of fear. She said that her client had a few safe places to go to, but she insisted on staying at the WAO shelter.

Vivian understood that staying in a place described as a “shelter” seems like the best option for someone coming out of a traumatic experience, but that’s not always the case. Their shelters sometime experience overcrowding which can be quite stressful. Plus according to Vivian, staying in a shelter can result in their clients feeling institutionalised.

So what Vivian prefers to do instead, is actually work together with her clients by empowering them, and she does so by informing them of their rights and the steps they can take to overcome their situations and fears. Vivian added:

“Fear is a tool used by these perpetrators against their victims to gain control. Once we overcome the fear together through empowerment, then we’ve achieved our goal”

Sometimes she doesn’t feel safe herself

The only time we may experience fear in the office, is when our boss sees the open Facebook tab in our browser. But for Vivian the fear can sometimes get a little more intense, because the fear from her clients sometimes gets to her.

She told us that in her line work, she may have to be involved in hostile situations to help her clients out. And one such hostile situation she got into was when she helped the stalking victim we mentioned earlier. She mentioned that, while she was trying to get her client out of her stalking fiasco, she ended up being followed by the stalker himself. Yikes!

Vivian said that the scariest part wasn’t being followed but because she knew what he was capable of doing. She added that the fear got to her so badly, that she contacted her family to watch out for the stalker too. She showed her family pictures of him and she made sure they stayed vigilant.

And if you think the horrific stories stopped there, Vivian told us about another unrelated incident where her car was doused with petroleum and smashed up. What was extra scary was, Vivian didn’t know who did it and her car was parked outside the WAO shelter…...and the shelter’s location is supposed to be top secret.

Fortunately now, Vivian told us she’s no longer scared about the prospects of entering into such dangerous situations. In light of the dangers that are inherent when doing social work, NGOs like the Malaysian Association of Social Workers (MASW) and even WAO provide training to their staff and members. They’d basically ensure that people like Vivian not just feel safe, but know what to do to keep themselves safe.

According to Vivian to ensure that someone knows she’s trouble, WAO has provided her and other social workers with a panic button – which sends their locations back to WAO, who would then inform the police. But that’s not all that’s ensuring Vivian’s safety, because she has taken steps by herself to overcome her fears and in that process she came to a realisation:

“I realised I had to empower myself first. Because if I live in fear too, how am I gonna help the people I work with?”

With all that experience under her belt now, Vivian hopes that she can be more than a social worker and...

At the beginning of our conversation, Vivian told us that she hopes to get into policy activism. However she realised that she would have needed some hands on experience as a social worker. Vivian realised that before she could decide on what policies would benefit victims of domestic violence, she had needed to work with them on a personal level first.

If you’re feeling a little inspired by Vivian’s story and you’re thinking that social work is something you’d wanna get into, you probably could give the NGO of your choice a call. If you don’t have the necessary academic background there are courses in social work that you can take, but nevertheless for now you could always start out as a volunteer or intern.