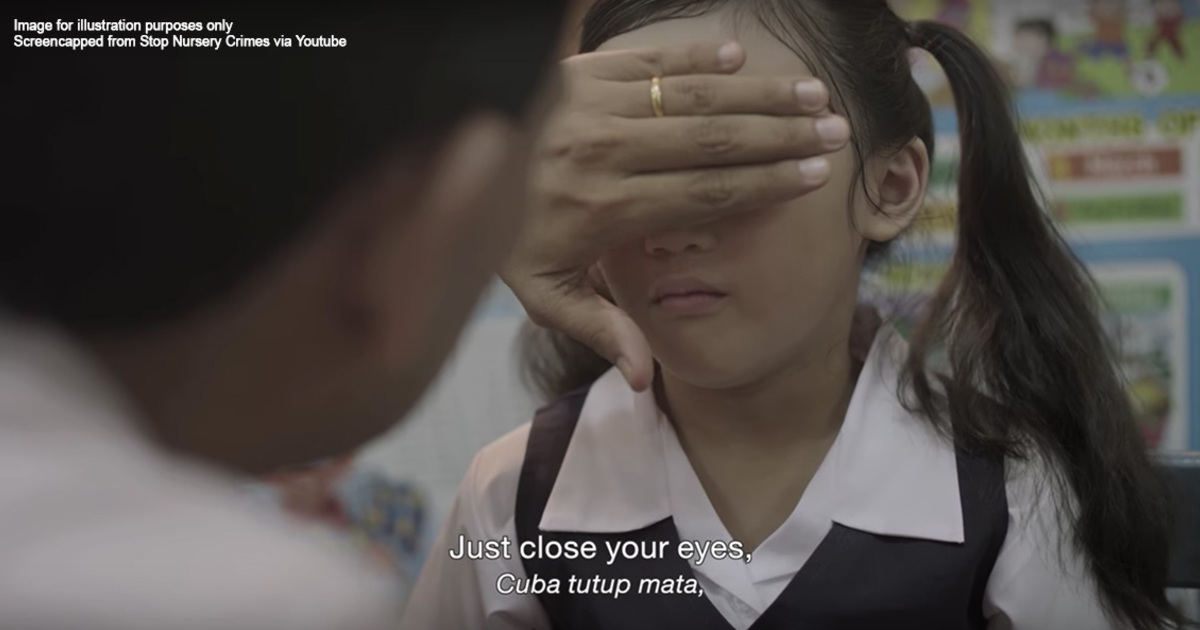 Pedophilia and sexual assault on minors is not an issue many people would want to read about or acknowledge. However, it’s something that does happen in Malaysia, with recent examples being the results of R.AGE’s “Predator in My Phone” coverage, where undercover journalists revealed how Malaysian adults were using messaging apps to proposition minors for sex; as well as the case involving Richard Huckle, who was sentenced to 23 life sentences after being found guilty of abusing 191 children in Malaysia.

While our Penal Code does have some limited protection for minors such as Section 375 which prohibits the rape of a minor or Section 377E that prevents anyone from causing a child under 14 to commit indecent acts – it’s also a really old law that isn’t enough to protect minors from other aspects of sexual crimes such as grooming, molestation and child pornography.

In view of this, the government decided to draft a new law specifically dealing with this issue, in the form of the Sexual Offences Against Children Act 2017. It’s also worth mentioning that this was a rare time in which the Bill (proposal for the law) received unanimous support from both sides of the political divide when it was tabled in Parliament.

Here are some ways this new law has improved how children can be protected against child sexual abusers (and effectively punish them).

1. You cannot be involved in child pornography (in any way)

Section 4 to 10 of the Sexual Offences Against Children Act 2017 is concerned with production, distribution, and viewing of child pornography.

What actually amounts to child pornography is laid down in Section 4, which broadly covers all forms of visual, auditory, or written media. Thus, it would not only include pornographic videos or pictures, but audio clips and written documents as well.

Section 4(a) defines child pornography as:

Let’s take a look at how this is applied in terms of...

Kumar signs up his 13 year-old daughter to appear in a child pornographic video directed by Ali. Ali accepts the offer and hires (adult-aged) Kevin to also act in the video while Chong is hired to edit in post-production.

With regards to the distribution and reproduction of child pornography, Section 8 of the Act states:

In short, as long as you’re found anywhere along the distribution chain – whether as someone who downloads, shares, or sells –  you’ll be facing up to 15 years in prison and at least 3 strokes of the cane if found guilty.

With regards to those who try to access child pornography, Section 10 states:

Any person who accesses, or has in his possession or control, any child pornography commits an offence and shall, on conviction, be liable to imprisonment for a term not exceeding five years or to a fine not exceeding ten thousand ringgit or to both.

If you knowingly visit a website containing child pornography, you are obviously guilty of an offence under Section 10. However, there are instances which are not so clear cut.

2. You cannot sexually groom a child

Child grooming occurs when an adult befriends a child and creates an emotional connection with the intent to sexually abuse the child. This is broken up into 3 sections, roughly summarized as communication, grooming, and meeting in person.

Section 12 makes it illegal to communicate – or pretend to be someone else to sexually communicate – with a child, even if they never actually meet in person. This also includes communication for the reasons stated in the previous points (Section 5 and 7) and more.

Any person who communicates by any means with a child with the intention to commit or to facilitate the commission of any offence under section 5, 6, 7, 8, 14 or 15 or any offence under the Schedule against the child commits an offence and shall, on conviction, be punished with imprisonment for a term not exceeding five years and shall also be liable to whipping.

Section 13 describes the situation when the adult actually meets up with a child. Basically, it’s the type of communication mentioned in Section 12 plus actually taking steps to meet the child. As an example, an adult man pretends to be a 14 year-old boy in order to develop an online relationship with a 13 year-old girl. He then arranges to meet her in the mall with the intention of consumating the relationship somewhere else. This is an offence under Section 13 and is punishable with up to 10 years in jail and whipping.

3. Sexual assault can be physical or non-physical

Section 14 covers physical sexual assault on minors, which involves not just touching a child, but also in getting a child to touch you, someone else, or even themselves.

What’s interesting though, is that it makes a distinction between merely touching a child and touching a child for sexual purposes – which will be determined by the court through the circumstances involved, such as the extent, where the touching occurred, and others.

5. Extra punishment if you’re someone the child trusts

Although we were unable to find local statistics, other countries have reported that many sexual abuse cases against children are actually carried out by a person that they trust – such as a guardian, parent, or teacher. In the US, it’s claimed that 93% of abused children know the perpetrator, while the UK has seen an 82% rise in abuse cases involving those in positions of trust in 2014. The rise in reports can be attributed to general awareness among children, adults, and the authorities; as these cases have been mostly unreported or not taken seriously in the past.

This is also recognized by our lawmakers, and Section 16 of the Sexual Offences Against Children Act allows the court to sentence someone who is in a position of trust with the victim up to 5 years in prison and at least 2 strokes of the cane on top of whatever punishment had already been given to them. To add perspective into how this law applies, a stranger who sexually assaults a child would be guilty of a section 14 offence. However a teacher sexually assaulted a student, the teacher would be guilty of a section 14 offence and a section 16 offence.

Again, the full list is in the Act itself, but “positions of trust” would cover relationships including teacher-student, doctor-patient, parent-child, relative-child and so on.

You can be punished for not reporting abuse

Previously, if anyone tried to groom a child to sexually assault them, they would actually have to assault the child first, in order to be charged with a penal code offence. However, we can now actually stop that from happening at the grooming stage.

But any law is only as effective as its enforcement and, for that to happen, members of the public also play a role in reporting any abuse (or suspected abuse) to the authorities as soon as they can. It’s no longer a case of “not my business” or “I don’t want to get involved” for two reasons.

The first is that the physical and psychological damage from abuse often affect victims for life. And the second is that Section 19 of the  Sexual Offences Against Children Act makes it an offence to not report abuse (or intention to abuse) to the police – which comes with an RM5,000 fine.

If you are a victim or know someone who’s in need of help, either make a police report or contact the following NGOs for further advice and assistance: