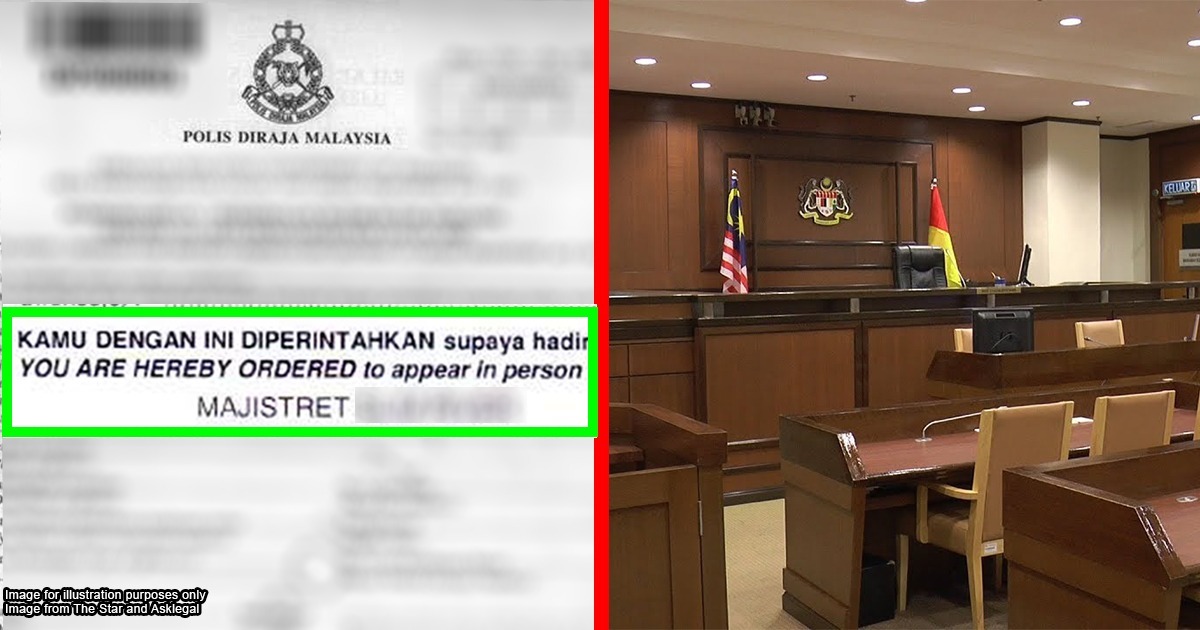 Must you really go to court to settle your saman?

over 3 years ago Tris L

There can be a lot of confusion if you receive a traffic summons and how to settle it. Some things you might hear is that you would need to attend a court hearing to settle it, but then again, there are cases where you don’t. But you might wonder, can you just pay your summons and avoid your court hearing? Or, can’t you just go online and settle it?

Because of this, some of you might think it’s too much trouble and just decide to ignore it. But it’s actually not that complicated. To know whether you need to go to court or not, it depends on…

The type of summons you get

The type of summons you get is based on the offence(s) that you committed. There are two types of offences, which are:

[READ MORE: 5 different types of saman that you can get for being a bad driver ]

Except as otherwise provided in this Act, no person shall drive a motor vehicle of any class… on a road unless he is the holder of a driving licence authorizing him to drive…

In short, no one is allowed to drive a car, motorcycle or truck without a driving licence.

...shall be guilty of an offence and shall be on conviction be liable to a fine of not less than three hundred ringgit and not more than two thousand ringgit or to imprisonment for a term not exceeding three months or to both.

Basically, whoever is caught driving without a valid driving licence can be fined between RM300-RM2000, imprisoned not more than 3 months, or both. And based on the police officer’s discretion, some might even seize your vehicle in addition to issuing you a court summons.

In short, if you receive a non-compoundable summons, you need to attend to the court for a hearing. But don’t worry, because...

Going to court isn’t that scary

The court might seem like a sacred and unapproachable place, but it’s actually not as scary as you imagined. And the court process, known as a hearing, probably won’t even be that long.

Because generally, hearing for traffic summons matter is short. And not only will the judge hear your case, this is also an opportunity for you to appeal (rayu) your summons.

For example, if you think the fine is too much and you can’t afford it maybe because you’re a student, you can actually choose to go to court and plead with the judge to lower the fine. Or if you’re willing to pay in full, you just have to plead guilty, pay the amount, and your summons will be settled once and for all.

If you do have to attend court, there are dress codes and rules to follow, which can be found here:

And sometimes, you might even end up not paying anything, because...

You can appeal your summons

If you have a good and valid reason, filing an appeal for your summons is possible. To do this, you can just email your appeal letter to the branch office, or to your municipal council’s official email address (if your summons is issued by them). But make sure to include any relevant information or evidence. They will then a look at it, and check if you have a valid case. For example, if you displayed your parking ticket but you were still issued a summons, if they think there was a mistake, they will then waive your summons.

However, there are cases where people don’t receive a reply at all regarding their complaint. If you didn’t get a reply, you can go to the branch office near you and make a complaint. You could also file a case to the court and ask a lawyer to represent you in the court. It’s not a guarantee that you will win your case., but this is another way to appeal your summons.

But generally you can appeal compoundable offence, and not non-compoundable offences. For example, if you’re an emergency lane abuser, you’re not allowed to appeal and you’ll be charged directly to court under Section 53 of the Road Transport Act 1987. The judge will then decide the fine after hearing your case.

But basically, if it’s a minor offence that you can just pay up, then you don’t have to attend court. Just check what type of summons that you receive, as there are usually instructions stated on it and what you need to do.