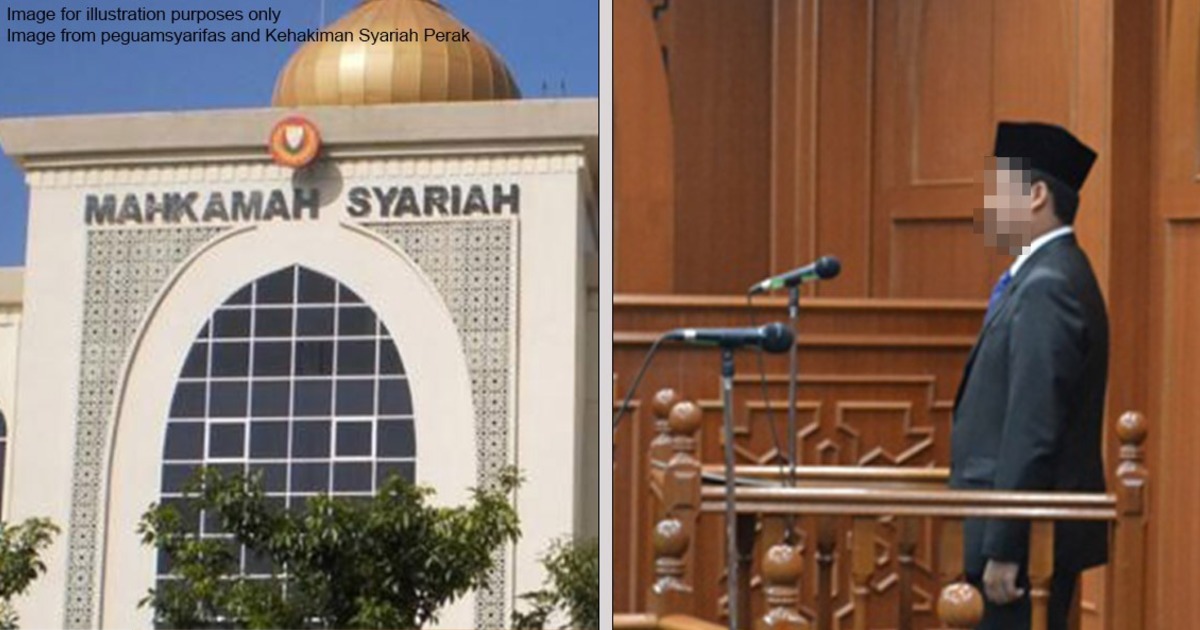 A man challenged Selangor's syariah law on 'unnatural sex'. Why did the court allow it?

Update 25 February 2021: The Federal Court has ruled that Section 28 of the Syariah Criminal Offences (Selangor) Enactment 1995, which allows for punishment for unnatural sex, is unconstitutional. The power to enact criminal laws lies primarily with Parliament.

Back in November 2018, 11 men were caught by JAIS for attempting to have ‘unnatural sex’ (for this case, men having sex with other men) in Bangi. They were charged by the Selangor Syariah Court under Section 28 of the Syariah Criminal Offences (Selangor) Enactment 1995. One year later on November 2019, five of them were convicted, and were sentenced to jail time, fines and canings. However, their punishments have been appealed, and they would need to wait for the response from the syariah court.

At that time, Numan Afifi, one of the LGBTI activists who was providing support for the eleven men, considered a constitutional challenge against the Syariah law used against them. That means challenging whether the law was allowed to be made under the Federal Constitution. It wasn’t clear back then how they would challenge it. Six months on, we now have the answer.

One of the eleven men who was charged by the Syariah court has made a petition to the Federal Court. In this petition, he challenged the validity of the law used to charge him under the Federal Constitution. Basically, he said that the Selangor Syariah court does not have the constitutional right to make those laws in the first place.

(NOTE: Please keep in mind that this case is not challenging Islam, or Syariah laws which governs Muslims in Malaysia. Rather, it is a challenge on the Selangor state government’s power on creating this law under the Federal Constitution.)

You can challenge any law in Malaysia

First, let’s look at the Syariah law challenged in this case: Section 28 of Selangor’s Syariah Criminal Offences. Under this section, it is a crime to have ‘sexual intercourse against the order of nature’ with any man, woman, or animal. Offenders can be punished by a fine of up to RM5,000, a maximum of six years of jail time, not more than six canings, or any combination of the punishments.

But the man is not challenging the Syariah law itself. Rather, he is challenging Selangor’s right to make this law in the first place. If you didn’t know yet, you have the right to challenge the constitutional validity of certain laws in Malaysia. This is provided for us under Article 4(4) of the Federal Constitution.

But you can’t just challenge any law you want. Under Article 4(4), you can only do so if the laws were made by the parliament or state governments, and they either did not have the power or was not under their scope. If either of the conditions apply, only then can it be brought to the Federal Court. And even then, it still requires the court judge to grant leave – which basically means they’ve given you permission to do so.

And the Federal Court judge did grant leave. There were two reasons the judge did so:

There can only be one law

To understand why the challenge is allowed, first we need to understand the federal and state government’s law-making powers. We’ve elaborated on it before in another article, which you can read below.

[READ MORE: Azmin says businesses can sue state government for not following CMCO. But is this true? ]

Basically, in the Federal Constitution’s Ninth Schedule, there are lists that tells us what areas each government can make laws for.

If you take a peek into List II, you’ll find that the Selangor government can make laws on:

“creation and punishment of offences by persons professing the religion of Islam against precepts of that religion, except in regard to matters included in the Federal List”.

This means that they can make laws on religious offences by Muslims, but only if the Federal Government hasn’t made any laws on it yet. However, the Federal government has already made a law relating to Section 28. Laws on unnatural sex are covered by the Penal Code’s Section 377 and 377A.

This is the man’s main argument: that the Selangor government has went beyond its scope, by making a law that’s already covered by the Federal government.

As it is with any potential court case, the Selangor government argued back against the challenge on them. They sent some preliminary arguments to the judge regarding the petition. The judge answered it and included his comments in the judgment.

Selangor government’s lawyer argued that the state law’s Section 28 is not identical to the Penal Code’s 377A. Both laws also state different punishments. Hence, the application is frivolous – meaning that the case has no basis – and should be dismissed.

He also added that Muslims in Malaysia are governed under two laws: general laws made by the Federal Government, and state laws which cover religious issues. But he did, however, note that under the Interpretation Act’s Section 59, a person can’t be charged twice for the same crime, if it’s a crime under two written laws. So technically a person who commits a crime under either federal law or state law could be charged in either court. (Note: It could mean that it doesn't matter which law you're charged under for the same offense. As long as you're only charged once. The judge's comment below will clarify this)

Judge’s comment: The difference between the state’s law and the federal law is not a conclusive issue, as the main question is whether the state government had the power to create the law in the first place.

Similarly, the judge gave the same view on the second argument. He interpreted Selangor’s lawyer as saying, it’s fine for someone to be prosecuted under Section 28, as long as he isn’t also charged under Section 377A of the Penal Code. But the argument did not cover whether the state government had the power to create the law in the first place.

Selangor’s lawyer argued that the state has the right to make Islamic laws. Section 28 covers unnatural sex, and that is considered to be against the precepts of Islam.

Judge’s comment: He agreed that Muslims in Malaysia are subject to two different laws. However, laws made by the states must first be constitutionally legislated – which means that state laws can’t clash with federal laws.

We’ve tried to explain the case as simple as possible, but we understand if it can still be a little difficult to follow.

But in general, what happened is a man was charged for unnatural sex by Selangor’s Syariah court. He then went to the Federal Court and said the Selangor government’s law is unconstitutional. Basically, the state government had no right to make the law in the first place.

The judge thinks the case is good enough to be argued at the Federal Court – the highest court in Malaysia.

Update: The Federal Court has decided that Section 28 of the Syariah Criminal Offences (Selangor) is unconstitutional.