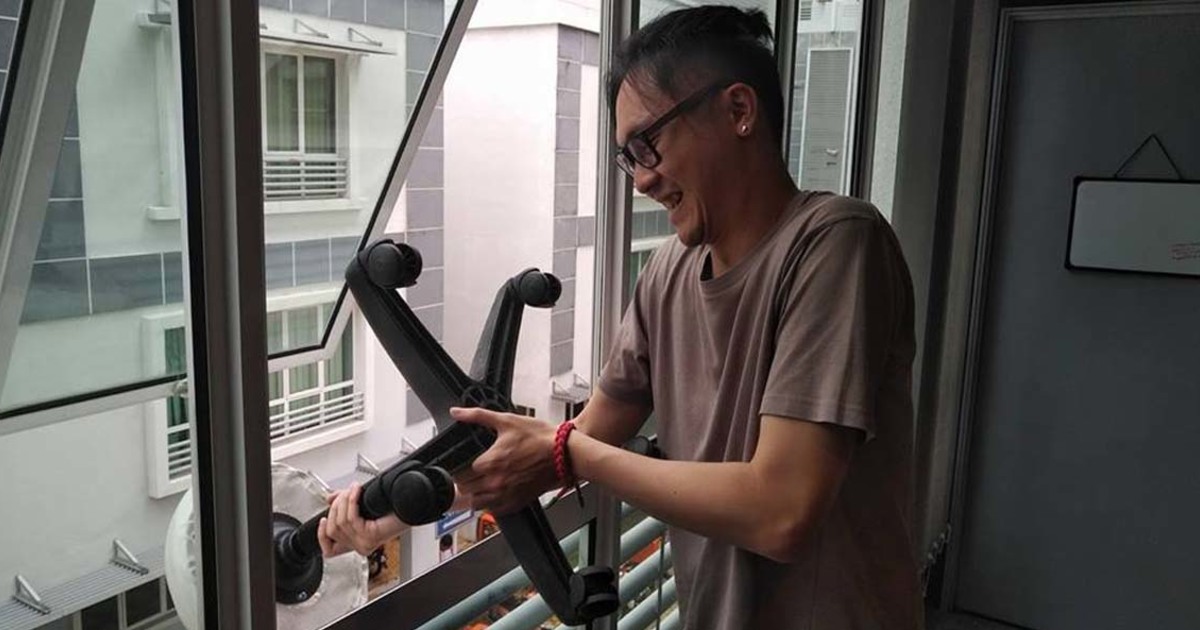 Is it a crime to throw rubbish out of an apartment balcony in Malaysia?

It’s been known for years that some residents of flats, apartments and sometimes even condominiums dispose of their trash in very… “creative” ways. Out their windows, off their balconies, off other people’s balconies, off the roof, there is no shortage of ways people have thrown their garbage irresponsibly. Things being thrown like this can be something as small as cigarette butts, and as large as bed mattresses.

We’ve all thought it, but never thought it would happen: a poor soul got crushed under a chair that’s tossed by somebody off the upper floors of a block of flats in Kuala Lumpur. This was an unfortunate incident, and it could have been avoided entirely if some people were more considerate.

This could happen to any of us. If it did, are there any laws that the culprit could have broken? What about if someone tossed a chair off their balcony and hit our car? Could we sue them? There is a distinction between criminal and civil laws and plain littering is not as severe a crime as if you litter AND it hurts/kills someone or damage their property.

At the very least, litterbugs who litter in public spaces will be liable under section 47 of the Street, Drainage and Building Act 1974:

47. (1) Any person who— (a) places, deposits or throws or causes or allows to be placed, deposited or thrown any dust, dirt, paper, ashes, carcase, refuse, boxes, barrels, bales or other article or thing in any public place;

Yeah, littering is a no-no, boys and girls. It counts as littering whether it is a chair or a cigarette butt. People who are found liable can be fined up to RM 500 for their first offence, and a maximum of RM 1000 for subsequent offences. Local councils can enforce their own by-laws too, as seen in the image above.

Regulation 9, Third Schedule of the Strata Management (Maintenance and Management) Regulations 2015 states that:

This one refers more specifically to strata properties; anyone who dumps their garbage outside of rubbish bins or the common rubbish chamber(s) used by everyone in the building, will be liable of an offence. Management of the property has the right to impose a fine on offenders and  the amount of the fine is subject to the management as well. More specific offences of littering and solid waste management can be found under regulation 26, third schedule of the same regulations.

What if you dump something that can cause injury or death?

On to the big leagues. Let's say someone dumps a chair off their balcony and it damages your car. They can be liable under section 425 of the Penal Code:

425. Whoever, with intent to cause, or knowing that he is likely to cause, wrongful loss or damage to the public or any person, causes the destruction of any property, or any such change in any property, or in the situation thereof, as destroys or diminishes its value or utility, or affects it injuriously, commits “mischief”.

What it says is anyone who damages someone else’s property, like throwing garbage off a balcony and damaging someone else’s car, is liable of mischief. Mischief is punishable by a jail term of up to 5 years, and/or a fine (the amount of the fine is not specified in the Act). If you’re wondering whether you can sue someone for damaging your property, you’ll find out further down in the article!

That’s not all. The Penal Code also provides for when someone throws garbage off a balcony and injures or kills another person. Different sections apply depending on the nature of the injury and/or death. There are a few sections applicable here, so please stay with us.

That more or less wraps up the legal trouble you can get into with the authorities if you dump garbage off the rooftop of your apartment. You think that’s bad enough? Think again. You can get sued as well.

Yes, you can be sued as well

Specifically, if the garbage you dump happens to injure or kill someone, or if you dump the garbage in a way that damages another person’s property. There’s a more in-depth article on personal injury and property damage in this article, but for now, we’ll give you guys a simplified version of things.

[READ MORE: Can you sue for personal injury in Malaysia?]

A few example scenarios where you can sue is if and when:

It’s not as simple as it sounds, though, because whether you can sue or not, and the chances of winning a civil suit are highly dependent upon the facts of the case. There are lots of factors that come into play, including but not limited to: the kind of injury sustained, whether or not the victim was contributorily negligent (was he also careless), and the length of time that’s passed since the incident. Plus, you’d need to identify the person who threw the garbage. 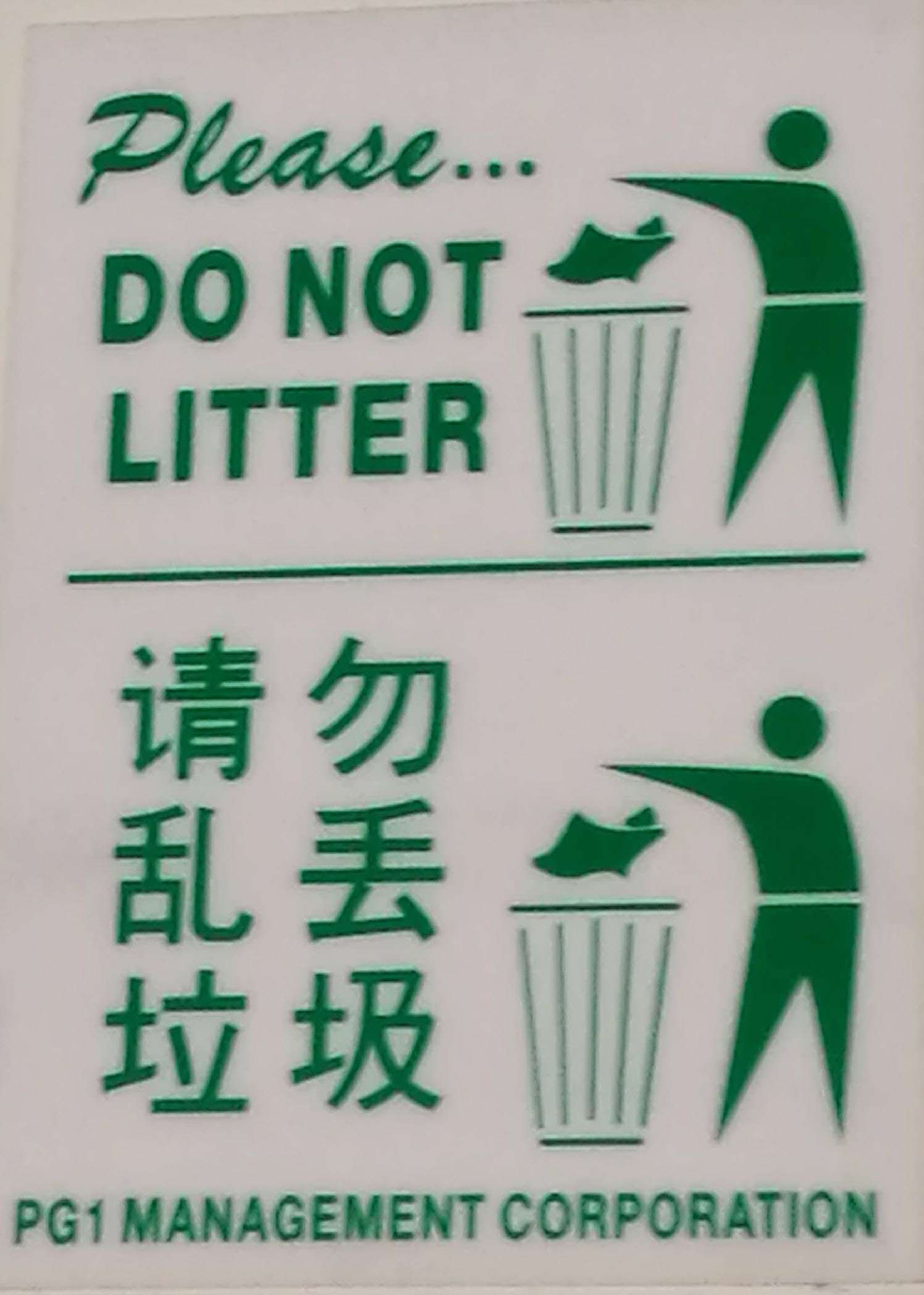 To hit the point home, a general worker was almost killed by falling steel chair a few days ago in Bangsar. Dewan Bandaraya Kuala Lumpur (DBKL) has announced its intentions to impound (sorta like a clamp, but for real estate) units of people who habitually litter. So yes, you can get into trouble with the government if you throw rubbish off a balcony in Malaysia, or if you litter anywhere else, really. Other people can sue you, and what’s more, you hurt the environment.

People might think that littering is a victimless crime, unlike more violent crimes like assault or murder. Not so. Aside from the examples above, the environment takes a huge hit from littering. Solid waste in Malaysia usually goes to landfills because of littering and the absence of the culture recycling, and that’s not a good long-term solution. It affects the waterways of our country, as the garbage and the ooze from the garbage enter the water sources, extra filtration management is needed, otherwise, the water that we use to cook and clean our clothes will be contaminated. Don’t litter, ladies and gentlemen. Call your local council if any of your neighbours are littering!