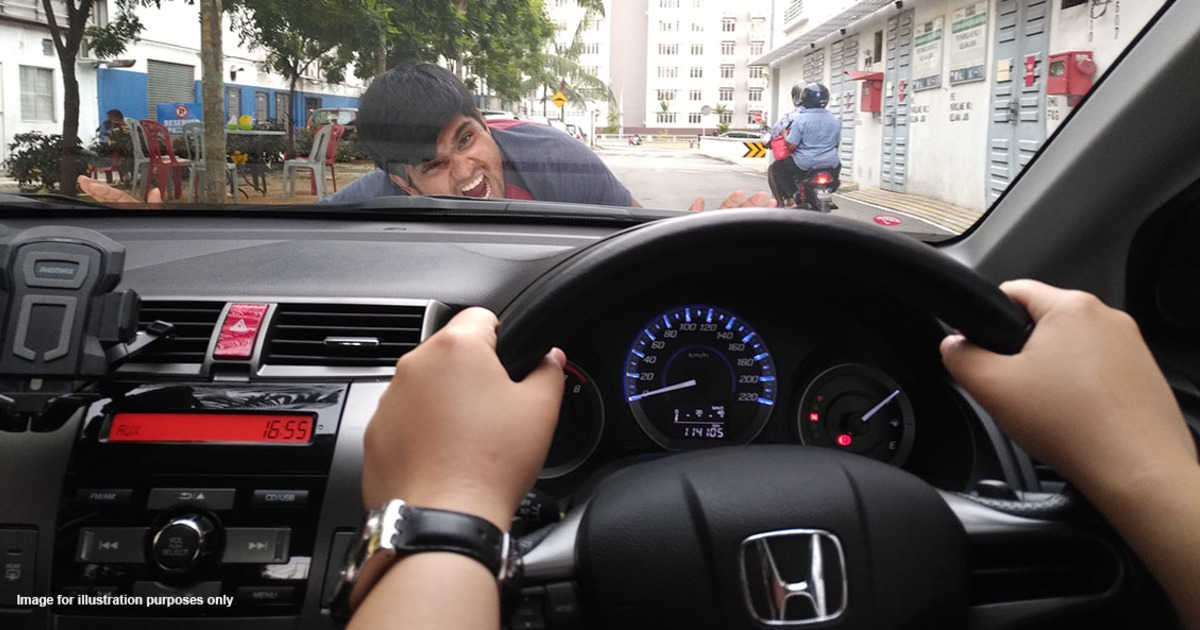 What happens if you accidentally kill someone in a road accident in Malaysia?

It’s late at night. You’re driving fast along the roads leading to your home because you’re pretty sure that no one would be around at this time. As you near the last turn to your house, you feel a bit...reckless. You decide to hit the accelerator instead of slowing down and blaze through the turning.

Your moment of exhilaration turns into horror as you notice that your neighbour is walking across the road. You slam on your brakes but...it was in vain. You are terrified and panicking because you killed him and the only word that is racing through your mind is “murder” but at the same time, you keep telling yourself it is not murder because you didn’t do it on purpose. So what is it?

“Any person who, by the driving of a motor vehicle on a road recklessly or at a speed or in a manner which having regard to all the circumstances (including the nature, condition and size of the road, and the amount of traffic which is or might be expected to be on the road) is dangerous to the public, causes the death of any person shall be guilty of an offence...”

In short, section 41 says that if you cause someone’s death by driving in a reckless manner or at a dangerous speed, you would have committed an offence. This offence carries three punishments:

Aside from the above punishment, the court will also order for the particulars of your conviction to be endorsed on any driving licence that you would hold in the future.

Even if you don’t cause death, section 42 makes it an offence for you to drive in a reckless and inconsiderate manner. As a matter of fact, you don’t even need to be reckless, as the law states that carelessness is similarly an offence.

To illustrate, reckless is something you do knowing full well of the consequences while careless is when you have done everything to cover it up but inevitably missed out on a crucial factor.

For example, reckless is when you know your parents hate tattoos but still get one done in an obvious spot but careless is when you have done everything possible to cover it up but you accidentally lifted your shirt up too high once.

If you’re curious, in determining what counts as reckless, speeding, or inconsiderate, the law looks into various factors such as the following:

Some of you readers might have noticed that even if someone causes death through reckless driving multiple times, he can still get his licence back at some point. If you’re thinking that it’s not harsh enough...

The government is driven to give out lifelong bans

According to the Malaysian Institute of Road Safety Research, the year 2016 alone recorded 7,152 deaths due to road accidents. The total number of road accidents? A staggering 521,466 where 80.6% is caused by human error.

Given the fact that these numbers are pretty high and increasing yearly, our current Transport Minister has proposed to impose a lifelong ban on drivers who cause death through their reckless driving.

“This means that after three years, it is possible for these drivers to drive again. I feel this punishment is not strict enough. If you cause the death of other people on the road, you should be banned from driving for the rest of your life,” – Transport Minister Anthony Loke, as quoted from The Star, 9 October 2018

However, this amendment is a mere proposal as of now. The suggestion would have to be researched and studied before a formal proposal is made to Parliament for it to be debated.

In the mean time, regardless of the punishment that may exist, it is always prudent to drive in reasonable and responsible manner that accounts for the wellbeing of every other road user. This avoids pointless deaths such as the one that recently happened in the hit and run in Cyberjaya (the men involved are similarly being investigated for causing death through reckless driving).