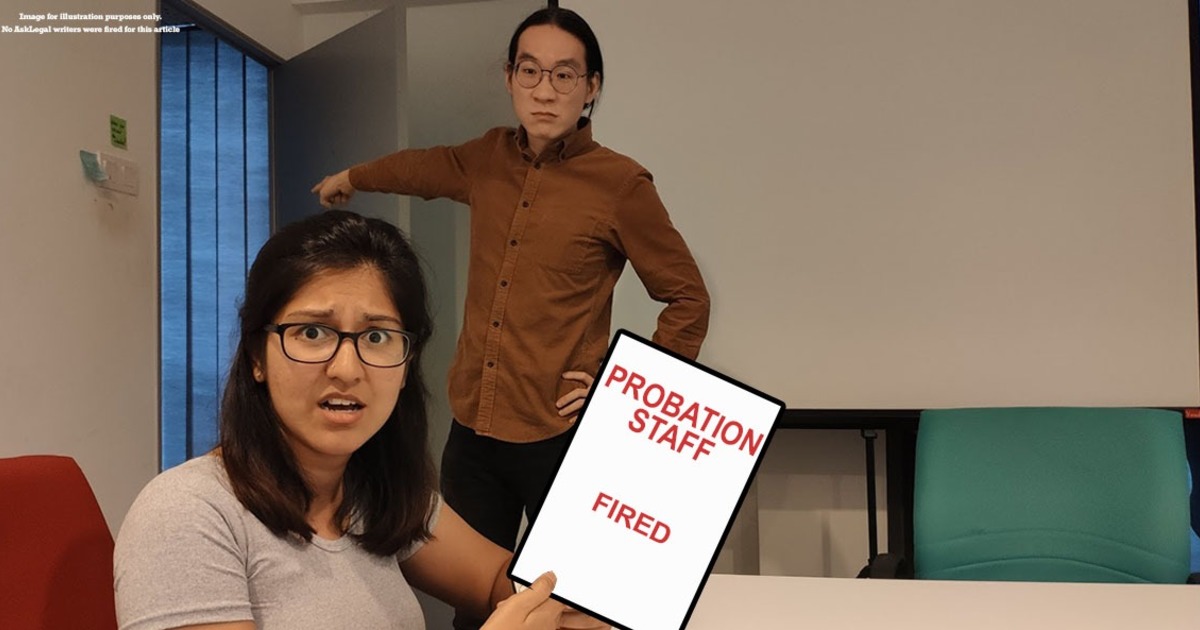 When you start out at a new company, typically you’ll go through a probation period. This usually last for 3-12 months. Think of this as a trial period: the company can see if you’re a good fit for them; but also for you to decide whether you want to stay on. And some of us might think that our job is guaranteed during the probation period. The worst thing that could happen is the company deciding not to hire you permanently.

But, surprise: what if you get fired before the end of your probation period? And worse, your company doesn’t even give you a reason for the firing and you’re sure you did nothing wrong. What can you do then?

Well before we answer that question, let’s first understand what is a “probation period”. 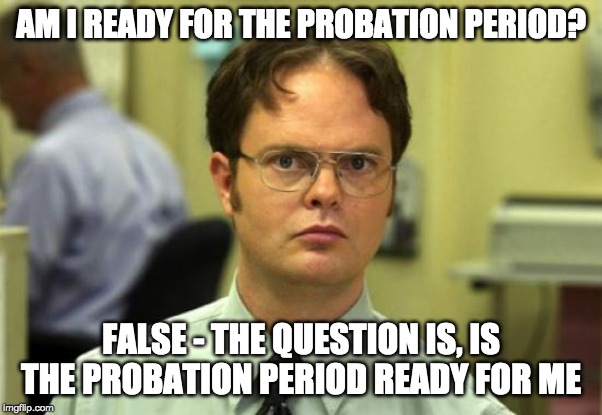 Well there aren’t any laws defining what a probation staff is, but generally they are new employees working for a certain period of time, so that a company can assess if they’d be a suitable fit for them permanently.

“You will be on probation for a period of six (6) months, and the confirmation of your permanent status as an employee after the mentioned period is dependant upon satisfactory service of the work you have been assigned”

So based on the above example you’d be on probation for 6 months, which in other words mean, you definitely have a job for that 6 months. According to the National Human Resources Centre, at the end of that 6 months, your company can either:

Now back to the earlier question, can the company fire you before the probation period ends? 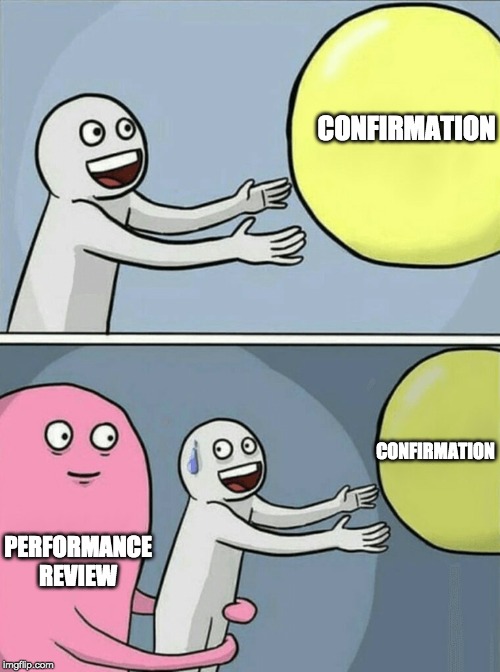 When it comes to dismissals or getting fired, probation staff and permanent staff enjoy the same rights during their employment. In the case of Mak Teck Mun v Ginova Marketing Sdn Bhd, a man named Mak was hired by Ginova Sdn Bhd on probation. Unfortunately, he was terminated by his company before his probation ended and he sued the company in court.  At the end of the case, Mak won and the court awarded him money for the salary he was supposed to get if he wasn’t fired. According to the court, the reason why Mak won was as follows:

"... appointment on probation for six months gives the employer no right [to] terminate the service of an employee before six months had expired except on the ground of misconduct or other sufficient reasons in which case even the services of permanent employee could be terminated. At the end of the six months' period the employer can either confirm him or terminate his service, because his service is found unsatisfactory."

In simpler terms, Mak had the same rights as any other permanent employee in his company and he couldn’t be fired before the 6 month period without valid reasons. In addition to that, the court also said that the company could only fire Mak if they didn’t feel like making him a permanent staff AFTER his probation period.

So from the case above, we know that your company must give you a valid reason if they wanna fire you before your probation period. But what type of reasons will be considered valid by the courts? Well there isn’t an exhaustive list, but generally there are 3 circumstances:

So if a company’s reason for firing you does not fall into any of these circumstances, it would amount to a wrongful dismissal, which means that your company has fired you unlawfully.

[READ MORE: My boss fired me for no reason, what can I do now?]

You can take action against the company for wrongfully firing you 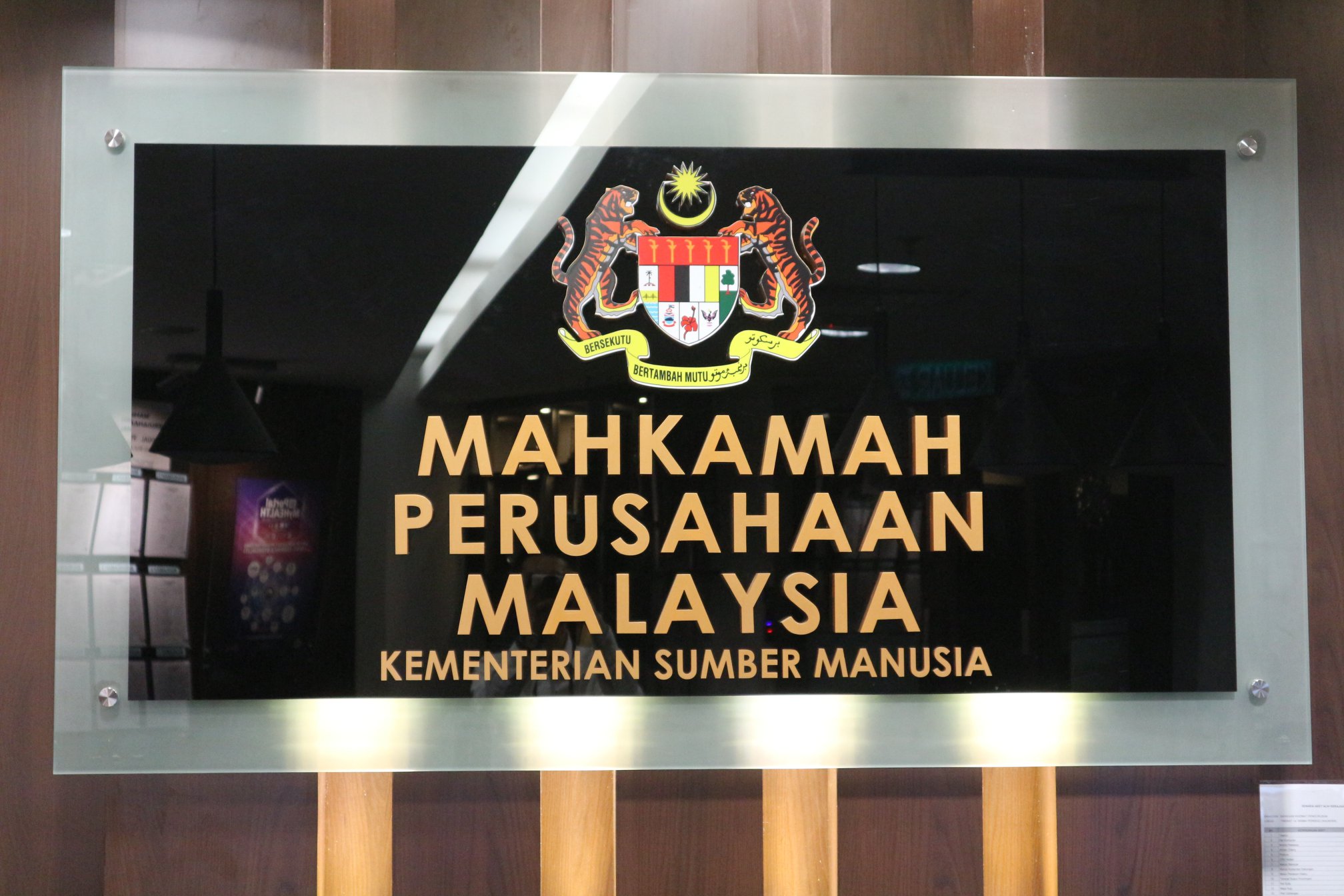 It’s not the end of the road for you if you’ve been wrongly fired. This is because Malaysian law protects employees by giving them them an avenue to take action against against the company. According to Section 20 of the Industrial Relations Act, any employee in Malaysia (whether Peninsula or Sabah and Sarawak) can complain to the Director General of Industrial Relations for situations of wrongful dismissal.

At the Industrial Court you’d be asked to prove your case for wrongful dismissal against the company and you can do it alone or be represented by a lawyer or a member of a trade union (if available).