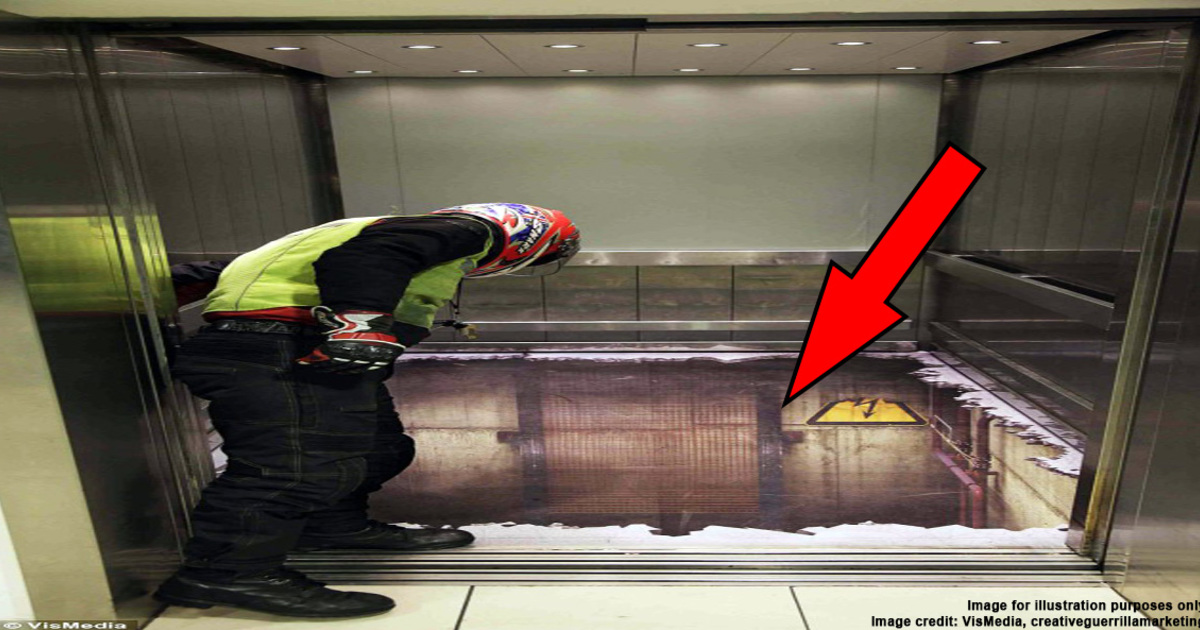 Who do you sue when you get injured in a lift? A Malaysian taxi driver fell 5 floors to find out.

Have you ever imagined the following scenarios happening in a mall:

If you have, you might have also wondered - Who’s responsible for it? A Malaysian taxi driver happened to find out in 1980.

And it all started with a flat managed by DBKL...

Here’s how the story went down

It’s about 6am on 29th April 1980, a taxi driver is on Jalan Pekeliling in Kuala Lumpur. He’s here to collect some keys from a friend living in the Pekeliling Flats. He’s Ong Kok Peng - The Boy Man Who Fell (and Lived).

Ong presses the lift button, but none of the 3 lifts came after about 5 minutes. He decided to walk up instead and found the lift doors closed on the 1st to 4th floors. On the 5th floor, a lift door was partially open.

The stairs are lit, but there are no lights near the lift, which is about 12 feet away. His friend’s place is still a few floors up, and he could really use a lift. So Ong opens the doors and steps inside to...nothing.

He falls straight down the shaft, down 5 floors. You could say he got shafted.

There was no warning sign, barricade, or notice set up at the lifts about them being out of order. Add that to the fact the place was badly lit and you might start questioning the flat management’s sense of responsibility.

DBKL turned out to be the management in charge of the Pekeliling Flats, but a 3rd party contractor was in charge of maintaining the lifts. So who did Ong sue?

From collecting keys, to RM30,000 in injuries

After somehow surviving the fall, Ong Kok Peng sued DBKL for RM30,000 in compensation. It became apparent that some repairs to the lift were overdue, and a 3rd party contractor was in charge of repairing them. There were several legal technicalities that came up here - but we’ll save them for another time.

Basically, this is what the court decided:

Why was DBKL responsible? Because they were considered the “occupier” in law. This is covered under an area of law called “occupier’s liability”, which is a type of tort (basically a legal wrong committed against you).

So what exactly is occupier’s liability? It’s a duty occupiers have as the owner and controller of their property.

Property owners have a duty to keep visitors safe

“Occupier’s liability” is a legal concept we adopted from a case in UK law where a couple was on holiday. The husband fell down some dangerous stairs, hit his head, and died. (Wheat v E Lacon & Co Ltd). The legal principle basically says that the occupier needs to keep their property safe for visitors to use.

Sounds straightforward and simple? Not really. An “occupier” is anyone who has immediate supervision and control over the property, and has the power to decide who can enter and who can’t.

The occupier of a property is not always the owner - it depends on who’s in charge of the property. In some cases it might be the owner, but it could also be someone the owner put in charge. So this could be the parking lot management or even a specific shopkeeper in a mall.

How much responsibility do occupiers owe their visitors?

Not every visitor to your home is welcome there. You’ll gladly bring in your friends and do your best to keep them safe, but if a robber falls through the roof you’d probably laugh in between your anger and tears for having to foot a huge repair bill.

It was in Ong Kok Peng’s case that Malaysian judges clarified that Malaysian law follows some old English principles on occupier’s liability. They laid out 4 levels of responsibility an occupier can owe to their visitors - which depends on what kind of permission they were given to be on the property.

Explanation: You’ve paid money to be on the property. This includes hotel guests, cinema patrons, and even bus passengers.

Duty of occupier: Guests must be reasonably safe when using the premises. The occupier is not responsible for hidden dangers that cannot be found even after inspection though. (MacLenan v Segar)

Explanation: You’re there on authority of the law or benefitting the occupier. This could mean a police officer, a repairman, or even a customer visiting a shop.

Duty of occupier: Guests must be protected from unusual danger, such as a defective door, or even at quarries where explosions might harm people if safety measures are not taken. (Shamsuddin v Yap Choh Teh)

Explanation: You’re on the property legally because it’s open to visitors. This includes using public amenities like a library or toilet, and visiting a friend in an apartment.

Duty of occupier: The occupier doesn’t need to protect you, but they need to warn you of dangers and not injure you. (Robert Addie v Dumbreck)

Explanation: Probably the most clear cut - you’re not supposed to be there on the property.

Duty of occupier: You might be surprised that an occupier would owe any responsibility to a trespasser, but take note that this includes people who got lost as well. Occupiers have to make sure that they warn of an overall danger on the property, like barbed wires or even a guard dog. (British Railways Board v Herrington)

Yes, there have actually been break-ins where the trespasser tried to sue the property owner because they got injured. They technically *could* win the lawsuit, but only if it was because of a danger that affects everyone (like an electric fence); dangers like getting injured on the roof is something the law says the robber “volunteered” for.

Safety is a two-way street

Whether it’s parents looking out for their children at home, or a mall manager keeping the place safe for shoppers, the bottom line is this is a responsibility the law imposes to make everyday life safer for people. As the owner and controller of their property, the owner is the often the one with the power to make it safe for people to use.

Hazards in buildings nowadays may not be as serious as falling down 5 floors to possible death; it could be as simple as malfunctioning lights, a faulty escalator, or even a parapet wall that was built too low (the one that protects us from falling off high-rise corridors). Even if we’re entitled to compensation in law, it’s still best that we take precautions where we can to avoid getting injured in the first place.