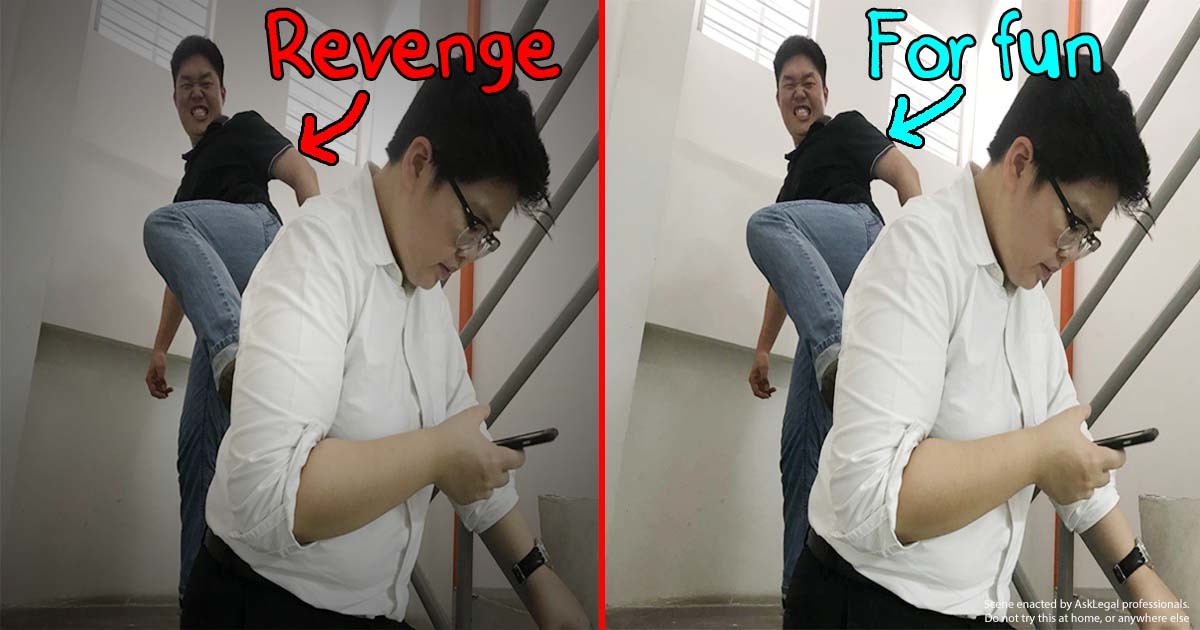 What is motive and is it necessary to prove a crime in Malaysia?

It is pretty indisputable that every Tom, Dick, and Harry out there would have come across the word, “motive”. According to a handy Google search, the foremost definition of this word is something (such as a need or desire) that causes someone to act and the Merriam-Webster site also conveniently gave an example – “Revenge was the murderer’s motive.”

While motive is not specific to the world of crime and all unsavoury things, the association of it with such things has always been strong. For example,

“Ah Hock suddenly messaged me after 10 years to catch up. Sure got motive.”

“That fella stand in a dark corner, looking at the shop for one hour. What is his motive?”

See what we mean? This association may come from the fact that motive is a staple of our favourite crime shows – have an unsolvable crime? Motive rescues the day! Find motive, make arrest, serve justice!

Alas, once again, the media leads us astray because…

The issue (and importance) of motive has been highlighted by the media lately over talks of reopening the case of Altantuya Shariibuu. It was argued that the motive of the two police officers that were convicted in her murder trial were never established. Here’s the kicker though – motive doesn’t prove murder, or any crime as a matter of fact.

So, wait. If motive doesn’t prove a crime, then why is it talked about so often and how are suspects found guilty?

To answer both questions, we gotta start by looking at what actually constitutes a crime and it is one main thing known as facts in issue.

The definition of what is a fact in issue can be found in section 3 of the Evidence Act 1950:

““fact in issue” means any fact from which, either by itself or in connection with other facts, the existence, non-existence, nature or extent of any right, liability or disability asserted or denied in any suit or proceeding necessarily follows;”

Facts in issue are basically the building blocks of what constitutes each crime, as a way of explaining it. They are the cornerstone of what makes up a particular crime. The partner to facts in issue are relevant facts, which we will deal with later in the article.

This means that it is pretty straightforward to prove what murder is – it doesn’t involve all your extra bells and whistles like proving that Ali hated Abu with a fervour because Abu stole Ali’s potatoes ten days ago. If we were to write out a super watered down version of what happens in court, it might go like this:

Judge: Did you stab Abu in the chest with the intention to kill him?

Ali: Yes but I did it because he stole my Yukon Gold potatoesssss

Judge: That “yes” is sufficient to prove your guilt.

The “yes” is sufficient to prove Ali’s guilt because Ali is admitting that he committed the facts in issue (he caused Abu’s death and intended to cause his death).

This is also why if someone goes on a rampage and kills random strangers, he can also be charged with murder and convicted of it despite the lack of a motive. This is because a person’s guilt in crime is proven by his act of committing the crime and his intention to do so. This is known as the actus reus and the mens rea i.e the act and the intention. Everything else are merely factors that add on or detract from the actus reus and mens rea.

The golden question is – why is it talked about so much if doesn’t prove a crime?

Motive is “relevant but not essential”

This was stated by the judge in Altantuya’s case when he said:

“Whatever his motive was, it is a matter of law that the “motive” although relevant has never been the essential to constitute murder.” - High Court of Malaya, 9 April 2009. Emphasis by ASKLEGAL.

Okay but what does relevant but not essential mean?

Remember when we told you that the partner to facts in issue are relevant facts? In the Evidence Act, there are more than 50 sections that talk about what makes a fact relevant or not. But let’s look at the definition of “relevant” in section 3:

““relevant”: one fact is said to be relevant to another when the one is connected with the other in any of the ways referred to in the provisions of this Act relating to the relevancy of facts.”

We know that did absolutely nothing in terms of clearing up your confusion but it basically says that a fact is relevant when the Evidence Act says it is relevant. Section 8 of the Act goes on to explain that any fact which shows the existence of a motive can be relevant.

Motive can be relevant because it can lead to the inference on whether a fact in issue exists or not. In other words, relevant facts help make the existence or non-existence of facts in issue more likely or not. We know this sounds very confusing but let’s do a short exercise together:

Ali has been charged with murdering Abu.

The evidence that is produced in court is a bloody knife with Ali’s fingerprints, a CCTV recording showing Ali entering Abu’s house, and the testimony from Abu’s son who saw Ali stabbing Abu.

Which facts are facts in issue and which are relevant facts?

If you guessed that Abu’s son’s testimony is a fact in issue while the bloody knife and CCTV recording are relevant facts, then you are absolutely spot on. Of course in actual criminal proceedings, the courts will look into Abu’s son’s testimony to determine whether he is a credible witness but that is a discussion for another article.

At this point, you might be able to guess that facts in issue are facts that immediately show the crime happening, so there is no need for you to draw any inferences or guesses to determine if the crime was committed.

On the other hand, relevant facts are facts which show that the crime very likely happened but you gotta put on your thinking cap a little and extrapolate from the relevant fact to determine if a crime was committed.

This is why when proving a murder (or any crime, really) the courts will only look at whether the facts in issue have been proved. Proving relevant facts are akin to bonus points and can help the court decide on the person’s guilt easier.