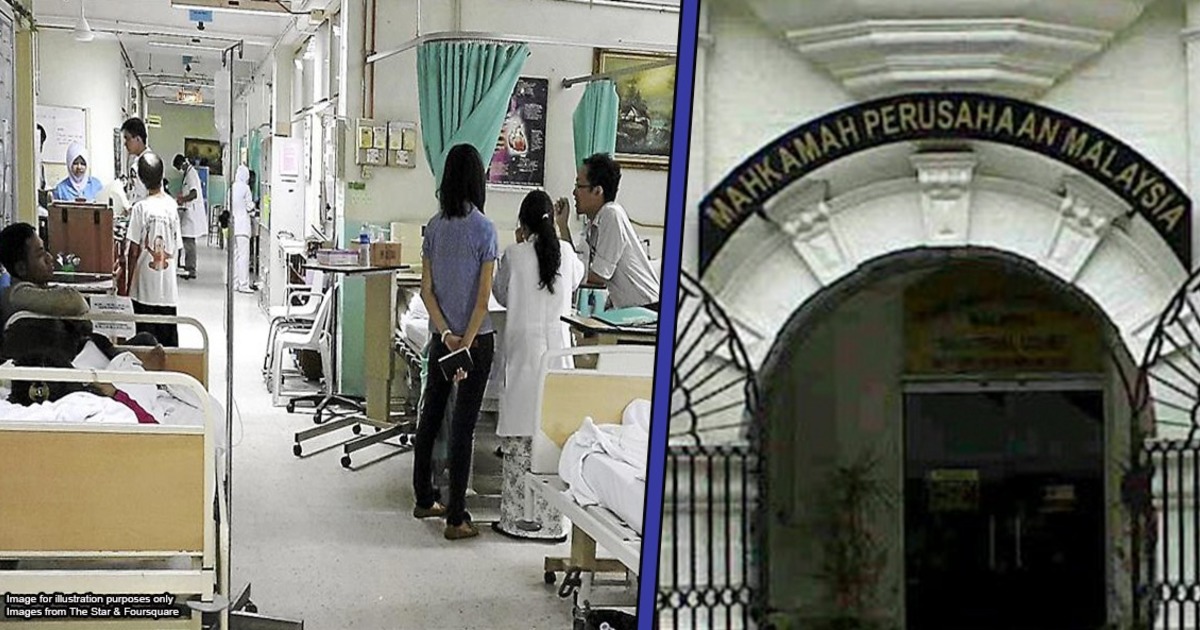 If you’re still under 60, chances are that retirement isn’t on your mind just yet. But the thing is, retirement is something that at some point, all of us will go through.

People generally retire at around 60 years of age, but sometimes, they end up working way past that. One example is when Covid-19 first came about, some of our hospitals were calling back their retired staff to help out due to insufficient manpower. But while it is possible for people to work after they turn 60, here’s the unique story of an 87 year-old-doctor who managed to get his company to re-hire him—twice—after a lengthy 27-year battle. Before we get to the story, here’s some basic information on the retirement age in Malaysia.

There’s a whole Act on the retirement age

Setting a minimum age for retirement is actually a law in itself: The Minimum Retirement Age Act 2012. However, its purpose is not to tell you by when you MUST retire, but it prevents employers from forcing you to retire before you turn 60. Section 4 of the Act says:

4. (1) Notwithstanding any other written law, the minimum retirement age of an employee shall be upon the employee attaining the age of sixty years.

However, there are two things to note. One, is that there are some exceptions to this and two, this Act doesn’t apply to everyone.

Firstly, when it comes to exceptions, the primary one is that you can still work even after 60...provided your employer is okay with it. So for example, if your employment contract states that you can work for as long as you wish, you’re good to go. If it’s silent on when you should retire, it would be best to check with HR on what their policy is. before the time for you to retire actually comes.

Secondly, this Act does not apply to a specific list of people:

Coming back to our story, the courts eventually decided that this Act did not apply to the doctor, but it was for a rather interesting reason that isn’t on this list.

The doctor was made to retire twice

The case involves Dr. Satwant, who worked for Assunta Hospital. The story goes all the way back to 1963, when the hospital first hired him under a three-year contract. After that contract ended, they offered him another contract. And when that second contract ended, they offered him a full-time position. Everything seemed to be going fine...until the doctor turned 60 in 1993 and was made to retire. Bear in mind that at this point, the Minimum Retirement Age Act didn’t exist yet.

To backtrack a little, the doctor said that he joined the hospital in 1963 when someone named Mother Mary Xavier who also worked there, assured him that he could work there for as long as he liked. But in all three employment contracts between him and the hospital, there was no specific retirement age stated. When he was made to retire at 60, he went to the Industrial Court asking for his job back.

At that point, the Industrial Court agreed with the company and said that they weren’t wrong in asking him to retire. The doctor then filed for a judicial review to the High Court. Just so you know, unlike normal court decisions that can be appealed, Industrial Court decisions can only be reviewed by the High Court, or a higher court if necessary. The difference is that in a judicial review, they may not reject the Industrial Court’s decision per se, but they will see if the manner in which the case was decided was correct.

So when the High Court had to review the case, they decided in favour of the doctor and ordered that he get his job back, AND be paid for all the months that he wasn’t employed by the hospital. The hospital then appealed this decision to the Court of Appeal, which is the second-highest court, but they dismissed it.

By the time all this happened, it was 1998. But...we’re only halfway through the story.

The saga continued over 20 years later

As we mentioned earlier, there was no law on the minimum retirement age until 2012. When that Act was finally passed, the doctor was 79 years old. Then when he turned 82 in 2015, the hospital issued him a letter, saying they were terminating him on the grounds of retirement as of 1st January 2016.

When he was asked to leave again, he filed a fresh case in the Industrial Court—this time, it was for unfair dismissal. In 2019, the Industrial Court decided that the company had the right to ask him to leave, and they were not obliged to retain an employee that had exceeded the age of retirement. The important thing was that they had not asked someone who was under 60 to leave, as that would be breaking the law.

But the doctor didn’t give up, and he filed a judicial review for this case as well. The High Court heard the case in August 2020 and this time, they agreed with the doctor. Remember the Mother Mary that promised him he could work till whenever he wanted? The court accepted that as a valid reason to retain his job. He seemed to have relied on that promise all these years, and this is what made him leave the government sector in 1963 and join this hospital in the first place. There was also nothing to show that the doctor was incapable of performing his duties as usual.

What does this case mean for Malaysian employees?

As we’ve seen, this was a pretty unique case. It’s worth noting that this decision can be appealed again by the hospital, so it’s not exactly final. But the main takeaway from what’s happened so far is this: 60 isn’t the mandatory retirement age in Malaysia, unless it’s explicitly stated in your contract. But even if it isn’t, your employer does have the right to ask you to leave at 60, because the law allows for that.

If you do choose to work past 60, your employer also needs to agree it. Or, as we’ve seen, they must have given you some sort of promise that has made you believe you’ll have your job pretty much forever.