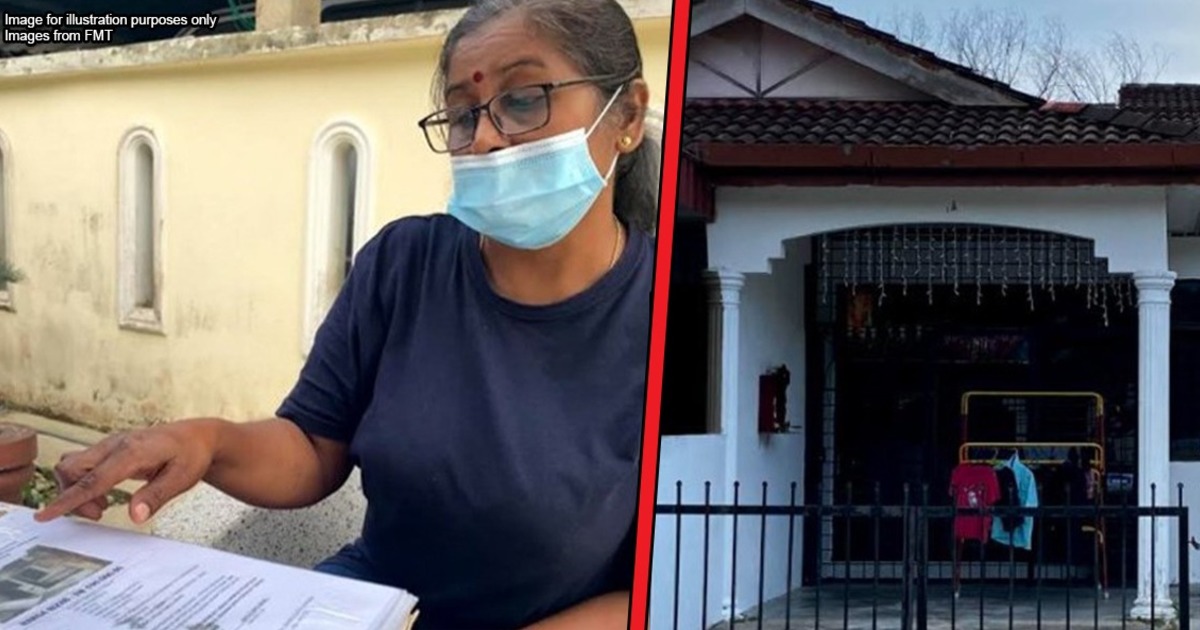 A Malaysian woman lost her home...because her developer didn’t pay the loan

Just earlier this week, there was an article by Free Malaysia Today detailing the story of a lady whose house was recently sold off by the bank...even after she already got the keys to them. If you haven’t read that article yet, in short, what happened was that she had paid the full sum to the developer, but the developer didn’t pay the bank that money. We’ll get into a bit more details below, but basically, because the loans weren’t paid, the house was foreclosed.

Understandably, many readers were confused as to how this was even possible, especially since it wasn’t the lady’s fault at all. She had kept to her part of the bargain and paid whatever was owing, but now, her house is no longer hers. To better understand how something like this can happen, we spoke to a lawyer. But before we get to what he told us, let’s go back to the story itself.

She paid the developer in full

So according to the news articles that we read, the lady had bought a home worth RM78,850 in 2001. From that time up until 2005, she paid this amount in batches to the developer in cash, and eventually it was all paid off.

Before a housing project begins, the developer will take a loan from the bank to finance it. The developer is then supposed to pay the loan in stages using the payments made by the buyers. These kind of payments are known as progressive payments, where the buyer pays the developer first, instead of directly to the bank. So this is how it works:

Unfortunately, in this lady’s case, the developer was getting the money from the her, but not paying the bank. The lady of course, did not know this. Fast forward to 2009, she finally found out what was happening. The bank then asked for RM100,000 in addition to interests and other costs, to redeem the house. She had no idea this existed, until she was actually asked to pay it. The lady showed all the proof of payments she had made to the developer, but the bank was not able to help her as they had not received any payment at all.

The house was recently sold to someone else after being auctioned for years. The lady, the original owner, then took both the bank and the developer to court, but the case was dismissed.

“Jayainthy said that the case was heard in chambers and claimed it was summarily dismissed “without any reason”. Instead, she was ordered by the court to pay RM1,500 in costs to RHB Bank’s lawyers on Sept 13, 2018”

There isn’t much information on what actually went on in court, but as mentioned above, instead of getting any compensation, SHE had to pay a sum to the bank.

She also complained to the National Housing Department, as well as the Consumers’ Association of Penang, but there has been no response from the developer.

After reading all this, you might have a few questions, such as how the developer seemed to have gotten away, or how the bank got the right to sell the house off. So here’s what the lawyer told us...

Make sure to read your loan agreements

When you buy a new house, you would sign many different agreements with the housing developer and the bank. In one of those agreements, one clause would say that in the event the bank does not get their payment, they have the right to auction your house—foreclosure, basically. The thing is, this clause does come with a safety net—your lawyer can write a Letter of Disclaimer to the bank. This letter would let the bank know that your unit or home should be excluded from an auction or sale, if the developer failed to pay the bank. However, this exclusion is only for a period of time, and you’ll need to settle your issue with the bank by then. But at least, it prevents the bank from immediately putting your house up for sale.

So in simpler terms, it just means that if you don’t have such a letter issued by your lawyer, the bank CAN take your property away. In this lady’s story, it’s very likely the case that her lawyers did not send out this Letter of Disclaimer. There’s no fixed template as to how this letter should be—it should just say that your home is to be excluded from any foreclosure or sale proceedings. We did get to see a sample letter, but unfortunately, we can’t include that here for privacy reasons.

What can you do in a case like this?

Like we mentioned earlier, the lady did file a case in the High Court, but it didn’t go through. As of 16th December 2020, the latest update was that she also filed a police report against the developer. Once we have more information on this, we’ll update the article.

We asked the lawyer if there’s anything else the lady could do to get their house back. While what the bank did was legal because the agreement allowed for it, the lady can actually take action against the lawyers who handled the housing transaction—they can be sued for negligence.

Negligence is basically a civil wrong where a person who had the duty to care for another person, failed to do their duty. Because of this, the other party suffered some damage. In this specific case, the lawyers can be said to have had a duty of care to their clients, to ensure that their house is not taken away. They can be said to have been negligent in not issuing the Letter of Disclaimer.

While this is one case you may have heard of, it’s actually not all that uncommon. And as we said earlier, it’s legal for the bank to do what they did. The one way to ensure this doesn’t happen is to read your housing and loan agreements when buying a new house, and get your lawyer to issue a Letter of Disclaimer to the bank.

As for what would happen to the developer, it’s unclear what the status is at this point. We’ll just have to see what happens after the police investigates the case, or if a new case will be filed against them in court.