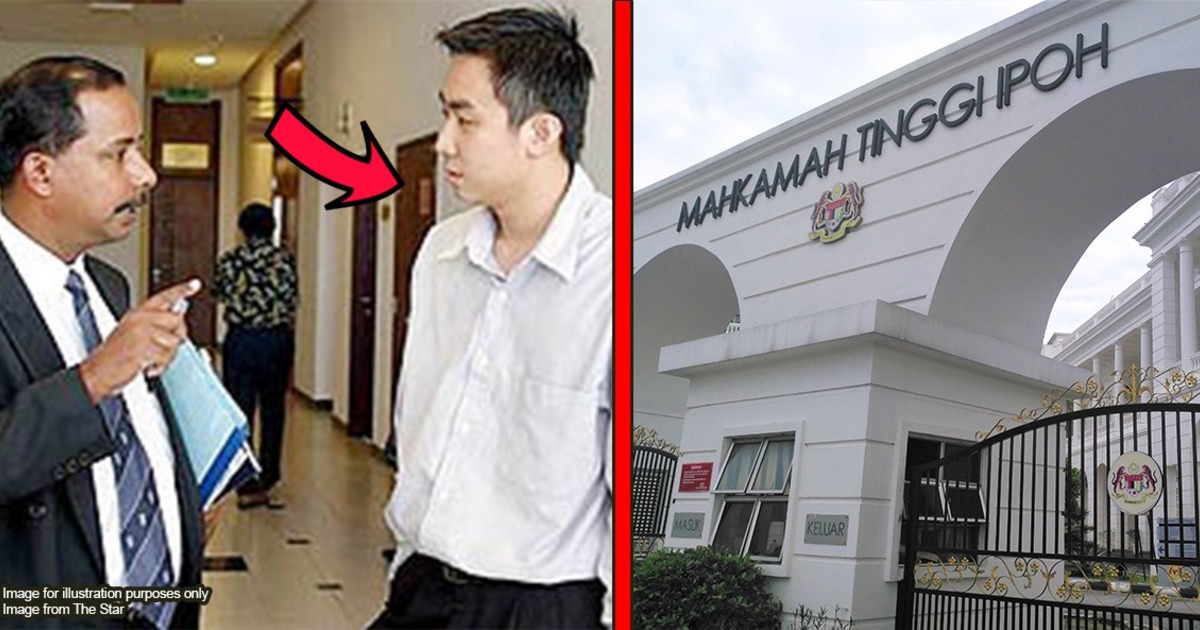 In 2004, a Malaysian man sued his dad for not paying his school fees. Here's how it ended

Pretty much all of us have had misunderstandings and disagreements with our family members. We might be highly irritated with them and not want to talk to them. Or, we might choose to talk to them about it and come to a mutual agreement on how to solve the problem.

However, one man decided that talking wasn’t going to be enough. In order to get his father to comply with what he wanted, he decided to take the matter to court and file a lawsuit against him. Sure, people sue each other all the time—but suing your own family member is almost unheard of!

You might be wondering if Malaysian law allows people to sue family, or this was just a one off case that was given an exception. So before we tell you the story of Dui Geng who sued his father Woon Keat, let’s answer this question:

Can you actually sue a family member in Malaysia?

Malaysian law doesn’t actually have a prohibition on who can sue who. Of course, there are some people who have immunity, such as foreign ambassadors and royals. But other than that, the law doesn’t specifically say that you cannot sue your own family member. There is, however, a problem with taking your own flesh and blood to court: Family issues don’t always have a legal basis or issue.

But, what is a legal basis or issue in the first place? Basically, for a case to go to court, it has to be something that has a cause of action in law and something the person suing can get a remedy for. A remedy means you could get compensation such as money or property. Or, it could mean that you could order someone to do something—such as your neighbour cutting the top of their tree so it doesn’t grow into your garden.

So, what was the reason that Dui Geng wanted to take Woon Keat to court? In this case, it wasn’t just a petty family feud, but it involved finances and monetary obligations. And because only the law could help him out, did this man decide to take his father to court.

He wanted his father to pay RM81,421 for his education

Dui Geng’s parents divorced when he was just 4 years old, and he was raised by his mother. When his parents divorced, the court decided that Dui Geng’s father, Woon Keat, would have to pay what is known as maintenance. Maintenance is basically child support, money that is used for the child’s food and clothes, education, and so on. Initially, Woon Keat was paying this maintenance, which was about RM400 every month.

Woon Keat was a factory owner in Gopeng, and he continued to pay the maintenance until Dui Geng turned 18 in the year 2000. After the payments stopped, Woon Keat asked Dui Geng to come and work for him in his factory and Dui Geng agreed. By this time, Dui Geng was 19 and Woon Keat was paying him RM600 a month, which is what he was paying the rest of his factory workers.

Some time later, Dui Geng went on to pursue his education in a university. In his final year, he needed to complete his education in Nottingham Trent University in the UK. The first two years of his education had been self-funded, but he needed financial support for that final year in the UK. However, since Dui Geng turned 18, Woon Keat stopped paying child support; the only monetary help Dui Geng received from him was the salary he was getting from working in his factory.

Once Dui Geng went back to study, no more help had been given. When he had to complete his final year in the UK, he decided that legal action was the only way his father could be compelled to help him. With the help of his lawyer, M Kulasegaran (our current Minister of Human Resources) he filed a case in the Ipoh High Court to get his father to fund his education. The cost of tuition fee and accommodation would total up to over RM81,000, and this is how much Dui Geng needed from his father.

The court allowed the son to sue. Then changed their mind.

Dui Geng filed the case in January 2004.  He said that although he was older than 18 years old (22 at that point), his father still owed a duty to pay maintenance for him. To strengthen this point, his lawyer relied on Section 95 of the Law Reform (Marriage and Divorce) Act 1976 which states:

Except where an order for custody or maintenance of a child is expressed to be for any shorter period or where any such order has been rescinded, it shall expire on the attainment by the child of the age of eighteen years or where the child is under physical or mental disability, on the ceasing of such disability, whichever is the later.

This law basically says that a parent who has been asked to pay maintenance by the court has to do so until the child turns 18. The only exception to this would be if the child had a physical or mental disability, in which case the parent would have to financially support the child for a longer period.

But wait a minute… Dui Geng wasn’t under 18, and nor did he have a disability. So how could he rely on this law?

His lawyer argued that if someone was involuntarily dependent on someone else for their finances, this would amount to a physical and mental disability. Since Dui Geng was still studying and did not have a job yet, so he could still rely on his father to support him financially.

The court agreed with Dui Geng’s lawyer, stating that Dui Geng was involuntary dependent and that he had the legal basis to sue Woon Keat. That was the end of the first hearing, and they could continue with their case.

6 months later, in June 2004, Dui Geng and Woon Keat went to court again for another hearing. It’s at this point that things took a different turn. Although the court previously said that there was a legal basis for Dui Geng to sue and that he could proceed with the lawsuit, this time the court decided otherwise.

In its final outcome, the Ipoh High Court said that the law stands as it is: A child who is above 18 cannot compel his parents to financially support him. Dui Geng could not also be considered to have a physical or mental disability even though he was still studying.

In the end, the court asked Dui Geng to pay Woon Keat RM3,000 instead, to make up for the legal costs that he had incurred in those months.

The law has now changed

When the case was decided 15 years ago (at the time of writing), it was decided that a parent who had been paying for a child’s maintenance was not obliged to pay for their education. But there were exceptions— in the case of Karunairajah a/l Rasiah v Punithambigai a/p Ponniah, the father had expressly promised to pay for his children’s education until they completed it. The court ruled that a promise like that could not be broken. But in Dui Geng’s case, Woon Keat had not made any such promise and so, no exception could be made in that case.

From that time up to 2017, Malaysian courts heard many cases on parents who did not want to pay for their children’s education after they had turned 18. While in some cases, the law was followed as it is, it was difficult to go by the book in other instances So in 2017, a change was proposed that would ensure a child’s education would be paid for until they completed it, even if they were above 18 years old:

This change was accepted by Parliament and it became official law on the 15th of December 2018. With this law, the parents responsibility doesn’t end when their child turns 18. Rather, it ends when the child could start taking care of themselves, with the best possible advantage—an education.