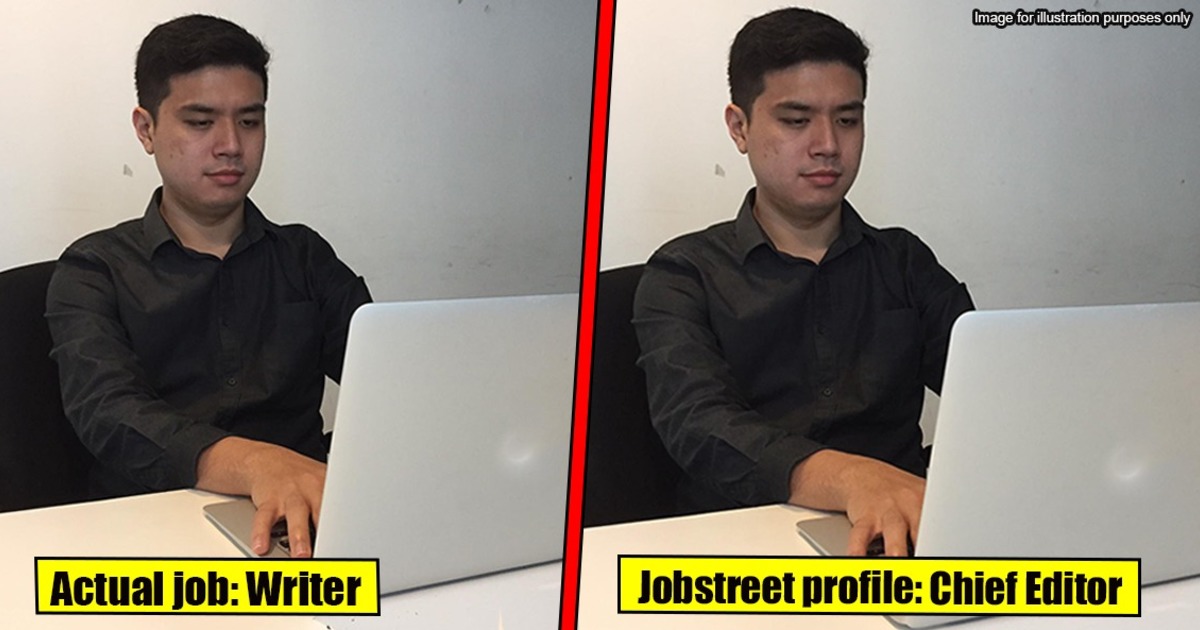 If you’re a working adult, you would know how job applications work. Besides just directly applying to the company, you can also apply online through websites like Jobstreet or Monster. If you have used any of these, you would have filled in your personal details, education, working experience and so on.

Our resumes naturally change with time, and we might forget to update the information on it now and then. But what happens if you apply for a job without updating your resume, or mistyped something on it? Well, a Malaysian man actually lost his job when applying for a new one...because the information on his Jobstreet profile wasn’t accurate.

He was applying for jobs within his own company

The story starts in 2000, the year the employee joined the company. By 2017, he was working as a Technical Officer with a monthly salary of RM6,900. In that same year, he started applying for other job vacancies within his company using Jobstreet. The HR was, of course, the one to receive the applications. At this point they realized that his job title on Jobstreet was different from this actual role in the company.

So in October 2017, the company issued him a show cause letter. A show cause letter is given to an employee when the company wants an explanation for something the employee did. The very next day, the employee responded to the letter saying that the wrong information was due to a technical glitch. The company was not satisfied with this answer, and so they started a domestic inquiry into the issue and found him guilty of seven different charges of misconduct. He was then suspended for 14 days without pay, and he ended up appealing this decision.

Failing to update his Jobstreet profile amounted to misconduct

In February 2018, a Disciplinary Appeal Committee (DAC) heard the appeal. The employee actually did admit to these charges but again, he maintained that he didn’t lie about his credentials. He reiterated that the correct information had not been reflected because of technical issues. According to him, he had updated his information and saved it, but when he logged in the next time, those changes were gone.

He went on to say that he had notified Jobstreet of this problem, but there was nothing else that he as a user could do to fix it. The company agreed that this could be a legit reason. But...there was another issue.

When applying for the openings on Jobstreet, the employee had included a letter with one of the applications. It was a letter of recommendation from a superior, and it in, it said that the employee was a ‘Senior Manager Knowledge Management, when in fact, his exact role was ‘Executive Knowledge Management’. As a result of this, the company said that they couldn’t trust him  to do his job anymore and so, they terminated him. The employee then filed a case in the Industrial Court for wrongful dismissal.

The court agreed with the company

The employee felt that what happened with the job applications didn’t warrant a termination. He also said that no one from the DAC—the committee which heard his appeal within the company—was called to give evidence in court. So he felt that he was dismissed without just excuse.

In deciding the case, the court looked at two things:

The court said that the employee himself had admitted to the seven charges of misconduct, meaning he agreed that he should have ensured his profile was updated. So the more important question was whether the employee was fired with a proper excuse. Just like the company, the court also agreed that it’s possible for technical glitches to happen, and this could have been why the information was inaccurate. However, the big issue was the letter from the superior, which didn’t state the correct job position of the employee. For this reason, it couldn’t be said that the employee was unaware of what was going on. The judge said:

The Court does accept the Claimant’s explanation on his failed attempts to rectify the misrepresentation on the Jobstreet page. However, the Court does not find his explanation regarding the testimonial attached as per the seventh charge satisfactory. The Court finds the inclusion of this testimonial raises a doubt in the Claimant’s integrity. Therefore, the Court is with the Company on losing trust and confidence in the Claimant.

So the court decided that the employee was indeed fired with just excuse and they dismissed his claim. Had the employee won the case, the company would have had to pay him compensation or give him back his job. Either of these are allowed under Section 20 of the Industrial Act 1967. Section 20 basically gives employees the right to bring a claim in the Industrial Court if they’ve been dismissed without a fair excuse.

If you feel you’ve been terminated in such a way, you can also file a case in the Industrial Court. However, do note that you must do so within 60 days of being terminated.