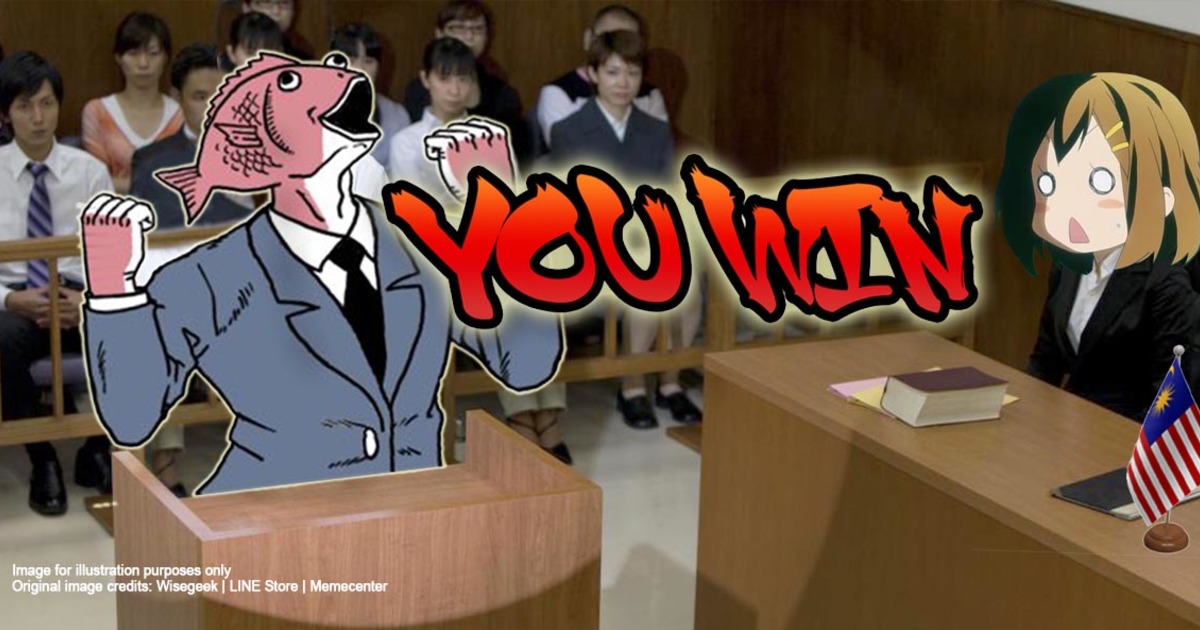 5 legal "lifehacks" to win a lawsuit faster in Malaysian courts.

Suing someone is such a hassle – from hiring a lawyer to digging up all the information that you need to pass over to the lawyer, to attending boring court proceedings... it all takes up so much time and costs. What’s worse is when a court case drags on for months. It’s like every other aspect of your life moves on but you are stuck on that one court case, seeing your opponent and dealing with legal jargons that you would very much like to never see again, thank you very much.

But what if we tell you that there are actually five ways to get your judgments faster, so fast that if this was a game, there is no cow level. The procedures for these five ways can be found in the Rules of Court 2012 – which are not laws (in the strictest sense) but are “guidelines” meant to help guide civil court proceedings.

To kick it off, let’s look at the first one.

1. You can “strike” off your opponent’s case

This is called a striking out procedure and it is found in Order 18, Rule 19 of the Rules of Court 2012 (“ROC 2012”). This procedure can be used when your opponent’s pleadings (basically, their arguments), fall under one of the following categories:

The four categories above are drafted pretty widely because they are meant to encompass anything, as long as you can convince (satisfy) the court that your opponent’s arguments fall under it. For example, if someone you are suing for a breach of contract suddenly argues that you are a playboy, you can apply to the court to strike his argument on the basis that it is scandalous because whether or not you’re a playboy has nothing to do with the case at hand.

Another example for abuse of process is when you’ve already kicked out your opponent’s case in another court but he sues you again for the same thing in a separate court. Then, you can tell the court that your opponent is being a prat and trying to manipulate the court system. It’s the equivalent of your mum saying no to borrowing the car, so you ask your dad without telling him that mum has already said no.

2. You can get your money WITHOUT going to trial

Wait, what? Doesn’t that sound like an insta-win? But it doesn’t seem to make sense because, logically, you cannot get a judgment before your case has been heard by the judge, in a trial.

However, Order 14 is one of the few exceptions to this where it allows you to get a summary judgment without trial. Order 14 reads:

“Where in an action to which this rule applies a statement of claim has been served on a defendant and that defendant has entered an appearance in the action, the plaintiff may, on the ground that the defendant has no defence to a claim included in the writ, or to a particular part of such a claim, or has no defence to such a claim or part thereof except as to the amount of any damages claimed, apply to the Court for judgment against that defendant”

Breaking down that wall of text, it tells us this – you can apply for a judgment from the court when your defendant has no defence to your claim. The requirements for applying for such a judgment can be found in the case of National Company for Foreign Trade v Kayuraya Sdn Bhd but for the purposes of your soul (and mental stability), we won’t delve into the lawyer-y aspect of it.

On the other hand, it would suffice for now to explain that the reasoning behind allowing such a judgment. This was explained in the case of Malayan Insurance (M) Sdn Bhd v Asia Hotel Sdn Bhd which tells us that Order 14 can only be used in very clear cases, where there is no defence. The main reasoning behind it is to prevent a plaintiff (person suing) who is clearly entitled to the money, from not getting his money.

Basically, if you sue someone for breaching a contract and it is very clear that your opponent did breach the contract, Order 14 allows you to get the damages without going through a lengthy trial process.

3. You can even make your opponent do something

This is found in Order 81 is sort of the counterpart to Order 14 (mentioned above) except it can be used for specific reliefs. Generally, a “relief” is the thing you’re suing for. While most people are familiar with the idea of relief being monetary compensation, it can also be in the form of the court compelling someone to do something – called specific relief.

Roti enters into a sale and purchase contract to buy a house from Bakar.

Bakar then decides that he no longer wants to sell the house.

He returns Roti his 10% deposit and offers him compensation.

Roti, however, is so in love with that house that he wants Bakar to sell it to him.

Roti then sues for specific performance, to make Bakar comply with the contract.

Order 81 allows you to seek judgment for performing (following through with) contracts or getting your deposit back under a contract with the condition that you must prove to the court that your opponent has no defence to your claim.

4. If you “lost” your land and need it back quick

Order 89 is known as summary proceedings for the possession of land – in regular speak meaning if you lost possession of your land and need it back stat, you rely on Order 89. Order 89 reads:

“Where a person claims possession of land which he alleges is occupied solely by a person or persons (not being a tenant or tenants holding over after the termination of the tenancy) who entered into or remained in occupation without his licence or consent or that of any predecessor in title of his, the proceedings may be brought by originating summons in accordance with the provisions of this Order.”

As explained by the case of Bohari bin Taib v Pengarah Tanah dan Galian Selangor, you can only use Order 89 when you are dealing with squatters on your land; not for anything else. This is because if it involves a tenant who has stayed on too long, for example, the added factors become important issues to be determined by the court using evidence at trial and cannot be dealt with summarily.

5. One question to rule with them all

Dramatisation and copyright aside, the last way to get a quick win is where a court can dispose the entire case by just determining a question of law or construction of any document (basically the meaning of a clause within the document). In short, Order 14A can be used when there is one main question to answer, and by answering that question, the courts are able to wrap up the entire case.

Yep. To say that again, the success or failure of your entire case hinges on just one question.

We’ll provide the cases below, but to break it down for you guys, in order for the court to grant you an Order 14A application, they must decide if “answering” (deciding on) that question would solve the entire case or, at the very least, a substantial part of the case.

Basically, that question must form the very cornerstone, the crux of the dispute between you and your opponent for an Order 14A application to be allowed. An example of such a situation could happen is as follows:

Ali and Abu enter into a contract.

Ali thinks that Law ABC applies to the contract but Abu disagrees and refuses to execute the contract in accordance with Law ABC.

Ali sues Abu and his question to the court is whether Law ABC applies to their contract.

Since the question is the crux of the dispute and can solve the entire case, the courts will allow an Order 14A application.

But as always, talk to a lawyer!

Well, there you have it folks. Ranging from being good commercial sense to not delaying justice, these 5 ways can make a court experience much more palatable.

As always, to know whether you can fall under any of these expeditious methods, it is best to speak to a lawyer and explain the nuances of your situation.