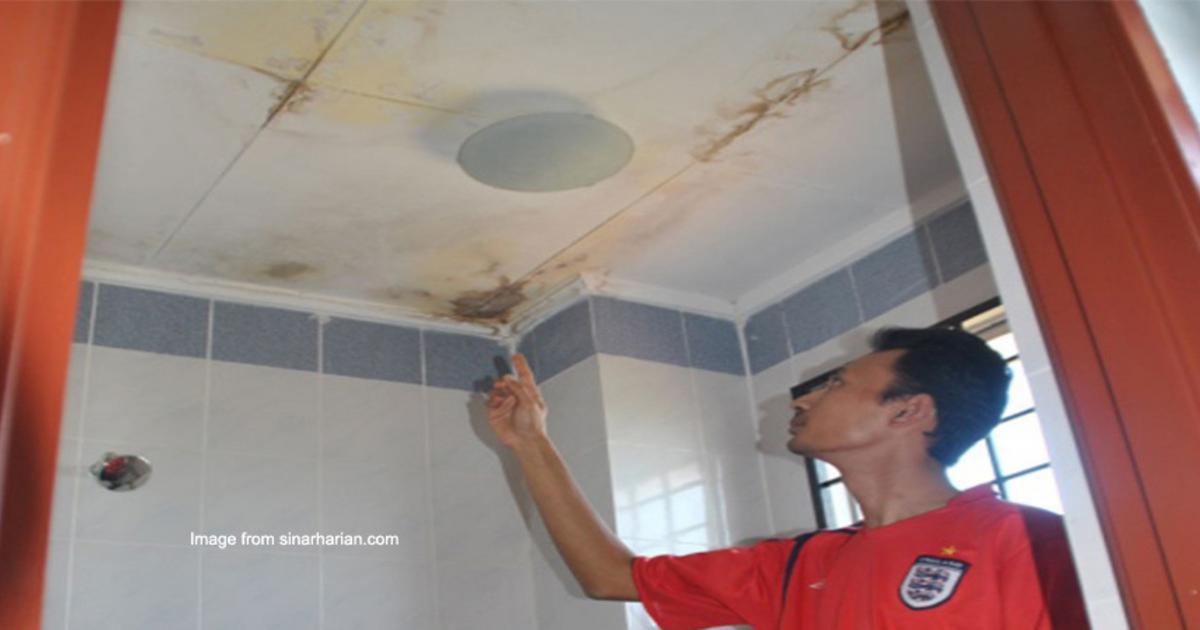 Living in a Malaysian apartment - who is responsible when things get broken?

Imagine this utopia - the gardens are lush. The swimming pool is great. Your kids can climb up and down the jungle gym without you worrying that it might break. This is life in an apartment or condo or, in technical terms, a strata property. This refers to a property with multi-levels or a horizontal subdivision with shared areas. Aside from apartments, condos, and flats; it can also refer to a gated and guarded community.

You are probably going to be left wondering who would be responsible in that scenario. Would it be the owners of the units or would it your management body?

It should be noted that this article only applies to strata property in Peninsular Malaysia as Sabah and Sarawak has their separate legislations. The laws that would be referred to here are the Strata Management Act 2013 ("SMA 2013") and the Strata Management (Maintenance and Management) Regulations 2015 ("SMR 2015").

First question is, who manages the development?

If you live in a strata property, chances are your housing area would be managed by either a JMB or an MC. As a quick overview, the JMB stands for 'joint management body' and the MC is the 'management corporation'. They are both tasked with the duty of managing the property (under section 21 and section 59 of the SMA 2013 respectively).

The difference between the JMB and MC is that the JMB is jointly managed by the developer AND the purchasers of the property while the MC is fully operated by purchasers. For ease of reference, this article will collectively refer to the JMB and MC as the management body.

If my property is damaged/not maintained well, what can I do?

It would be impossible to cover all the individual problems that may arise from living in an apartment in one article, so we'll be starting with what you can do in general cases before addressing more common issues such as leaky ceilings.

The first thing to consider is whether the development is still under warranty from the developer, or if you're the owner or just renting.

If you're the owner and the apartment is still under warranty

If it is the common property (such as lifts or the pool) of your housing area that is damaged, then the same procedure applies. This is because section 92 of the SMA 2013 provides that the developer has to deposit a certain amount with the Commissioner of Buildings in order to rectify any defects in the common property. 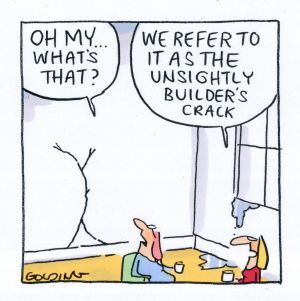 If you're the owner and the apartment is NOT under warranty

If your defect liability period has ended, you would need to refer to your management body in order to rectify the defects in your property or common property of your housing area. Depending on whether it is the JMB or MC, the SMA 2013 actually lists the duties that each management body has to fulfill. For example, section 59(1) tells us that the MC has a duty to properly maintain and manage the strata property, including the common property. This includes matters which are considered more trivial such as keeping the area clean or bigger issues such as making sure that the lift doesn't break down once a month. 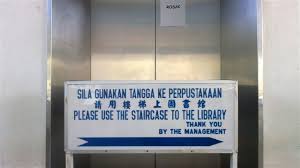 "(1) The duties of a management corporation shall be as follows: (a) to properly maintain and manage the subdivided building or land and the common property and keep it in a state of good and serviceable repair;"

If the management body fails to carry out their duties, you can then lodge a complaint with the Strata Management Tribunal. The Fourth Schedule of the SMA 2013 tells us the Tribunal is empowered to listen to disputes or complaints relating to the failure to perform a duty.

"1. A dispute or complaint concerning an exercise or the performance of, or the failure to exercise or perform, a function, duty or power conferred or imposed by this Act the subsidiary legislation made under this Act..."

However, an important point to note is that the Tribunal can only listen to issues listed under the Fourth Schedule provided it does not exceed RM250,000 in awards. This means that if the compensation you are looking for exceeds RM250,000, the Tribunal has no power to listen to your case and you'll likely have to engage a lawyer for further advice.

If you're NOT the owner or just renting the property

This means that, as a tenant, you'll first need to convince the Tribunal to give you permission to lodge a complaint.

What if my ceiling starts leaking? What can I do?

Given how most of us have experience a leaky ceiling at some point in our lives, the law actually covers what is termed as "inter-floor leakage". Inter-floor leakage is basically a fancy term used to describe water damage to your ceiling. It is defined in the SMR 2015 as any evidence of moisture, dampness or water penetration on either your ceiling or on any part of materials that form part of your ceiling (Regulation 55). 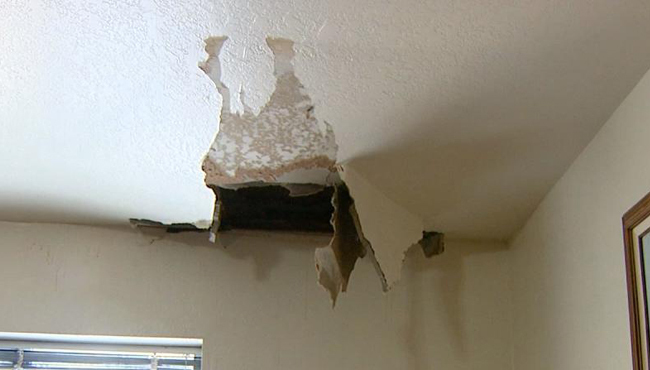 What should I do first?

So, if your ceiling ever starts raining on you, the first thing you have to do is lodge a complaint with the management body (or the developer if you are still under warranty). The relevant body would then carry out an inspection on your property in order to find out what was the cause of that leak and who is responsible for it (Regulation 57).

Regulation 58 also provides a list of factors that have to be taken into account when determining the cause of the leakage. You can read the full list under the SMR 2015 but the starting point for each investigation is the presumption found in section 142 SMA 2013. Section 142 tells us that if you are suffering from leaks or damp patches on your ceiling, the law will assume that the unit above caused the leakage.

This doesn't mean that the unit above is automatically guilty of causing the leak, but rather it allows the management body to enter the unit to investigate further. This makes the investigative process speedier.

What if the owner/occupier of the unit above refuses to let the management carry out the inspection?

The law has prepared for this possibility under regulation 63 which states that if the owner in the unit above you refuses to allow you entry, then he or she is guilty of an offence that can result in a RM50,000 fine or a maximum of three years in prison:

"(2) Any purchaser, parcel owner, proprietor or occupier of the affected parcel or any other parcel who fails to give access to the affected parcel or any other parcel to the person or body carrying out the inspection pursuant to subregulation (1) commits an offence and shall, on conviction, be liable to a fine not exceeding fifty thousand or to imprisonment for a term not exceeding three years or to both." 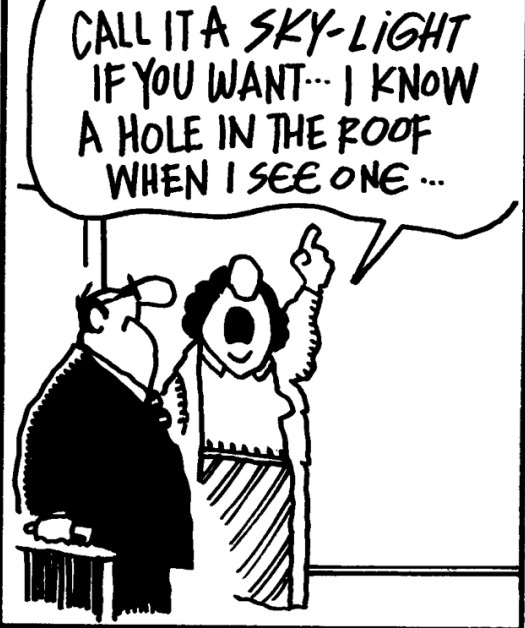 Who can I claim damages from?

However, despite this legal presumption that the unit above caused the leakage, who you can claim from depends on whether or not your property is still under the defect liability period. If the defect liability period has not expired, then your developer is responsible for the damages. If it has expired, and it can be proven that the unit above caused the leakage, then the owner of the unit above has to pay for it. If he fails to repair the leak, then the management body must make the repairs and claim the costs from him.

"(1)Where the inter-floor leakage is caused by or is attributable to a parcel or any part thereof, the purchaser, parcel owner or proprietor of that parcel shall...take all necessary steps and measures to rectify the inter-floor leakage within seven days of receipt of Form 28 (this is a certificate of inspection issued by the management body which lists the cause of the leakage).

(2) If he fails to do all the necessary steps mentioned in subregulation 61(1), the developer, joint management body, management corporation or subsidiary management corporation...as the case may be, shall immediately take all the necessary steps and measures to rectify the inter-floor leakage and shall charge and recover all cost and expense from the party responsible for the inter-floor leakage."

What if my neighbor drills a hole through my wall?

The SMR 2015 also makes references to "party wall". For the party animals out there, chill and close your Spotify playlists because it's not that kind of party. A party wall is essentially the wall that you and your neighbour shares. Regulation 65 defines it as a wall located between separate units or between a unit and a common property.

The damage that is covered includes dampness, moisture, water damage and other damage. This means that it is wider than the provisions for inter-floor leakages as it cover more than damage caused by water. Further to that. regulation 67 also provides that the regulations that apply to inter-floor leakages would apply in the same manner here: 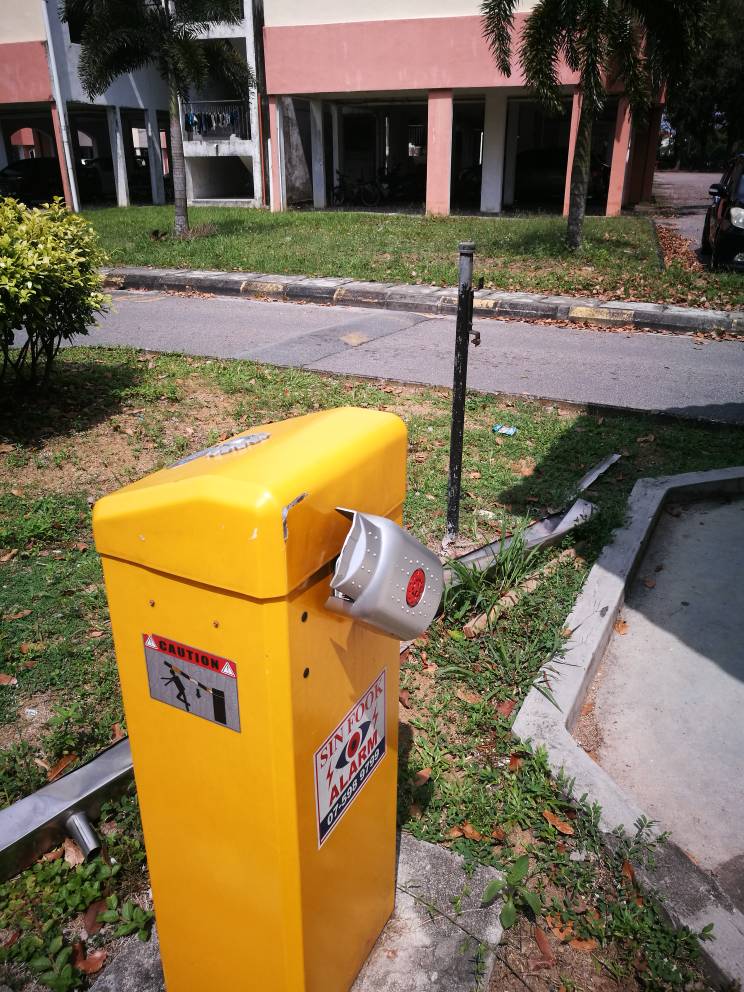 Image of a broken security barrier submitted by an AskLegal reader who wishes to remain anonymous.

The Strata Management Act and the Strata Management Regulations have detailed steps that you need to adhere to in order to file complaints with the Tribunal or to request for an inspection from the management body. In this sense, it always best to file a complaint as soon as possible before the problem gets worse.

Even if you are just renting the property and you are not sure if you can lodge a complaint, it would be best to notify your landlord so that he can take the necessary steps.